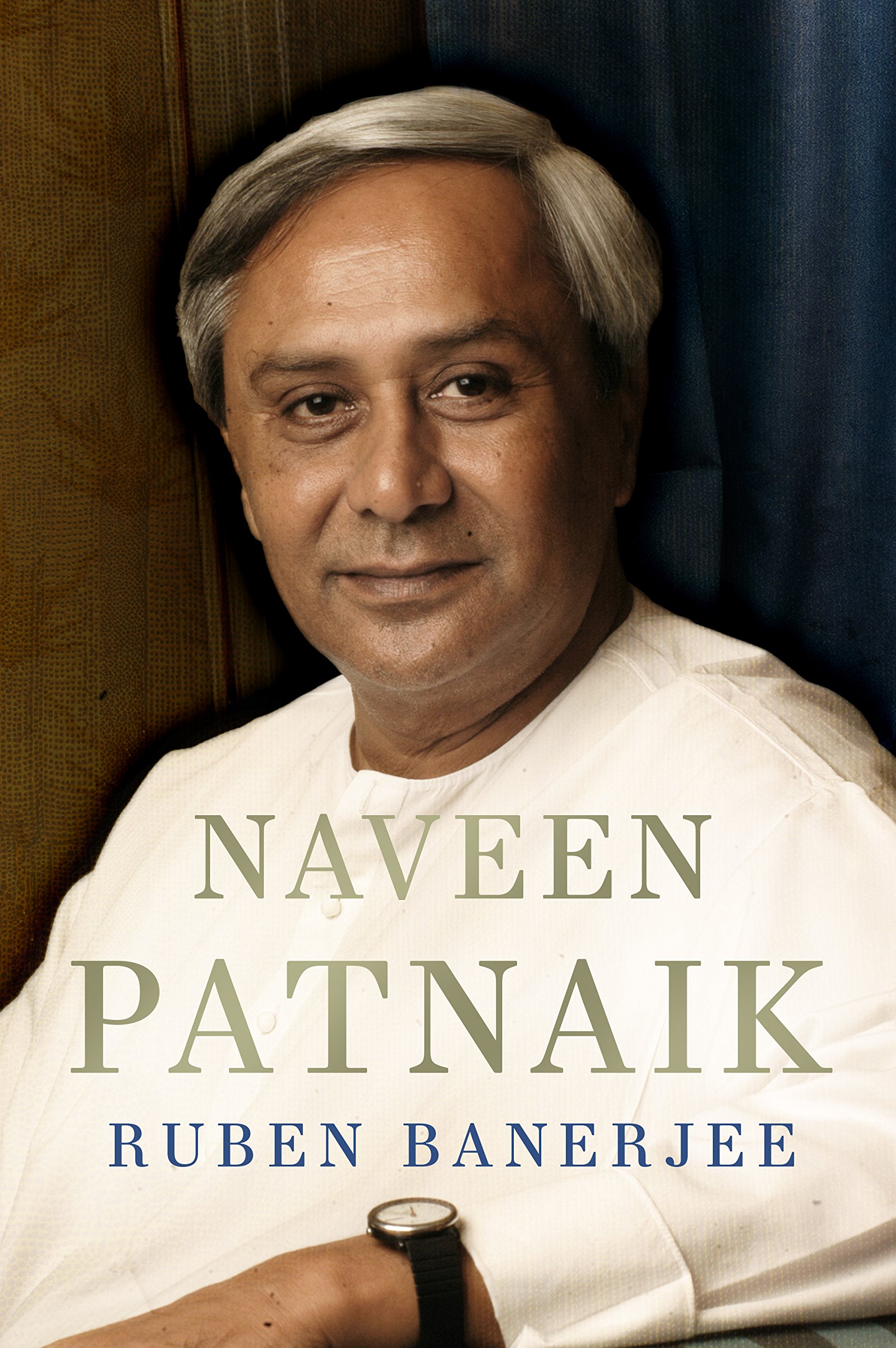 The traditional meaning of Kalakaar is artist. The word, however, when used in Odia language could mean different things based on voice modulation. It could be praiseworthy or derogatory in nature, referring to someone as a master strategist, a gambler, a gamer or a pure political beast. That’s the impression one makes of Naveen Patnaik, the long-serving chief minister of Odisha, while reading the eponymous book Naveen Patnaik by veteran journalist Ruben Banerjee, published by Juggernaut.

The way Naveen used his non-confrontationist attitude and shrewdness to strengthen his base both within and outside his party, the Biju Janata Dal, and rule the state for 18 years now makes for a fascinating study. That there had been no book on this subject for so long is another indication of where Odisha stands in priority in the national scheme of things. Banerjee fills that gap with delightful anecdotes and a critical analysis of the state’s political system.

Naveen, or Nabina as Odias address him, has been Odisha’s chief minister for so long that it is almost difficult to remember how the state was before his tenure began. True, he rode on the sympathy wave created after his father, the legendary Biju Patnaik, passed away in 1997, but it alone could not have kept him in power for so long that he looks set for his fifth term when state elections come calling next year.

Odisha was in doldrums before Naveen came to power. For those who have lived in the state for long enough in the pre-Naveen era this book brings back memories that are not always happy. From the turbulent times under the Janaki Ballav Patnaik-led Congress government to the infamous Anjana Mishra rape case to the ghory Super Cyclone on October 29, 1999 – in which thousands dies and the repercussions of which are being felt across coastal belt of the state even now – the details are back.

Banerjee, who became the editor of Outlook magazine earlier this year, has spent considerable time reporting on Odisha in his previous jobs, especially when he was with the Indian Express. His access to political heavyweights of the state (he was one of the two journalists at Naveen’s house when the state election results were announced in 2000, the year in which a coalition BJD government came to power for the first time) and leg work shines through as he paints a realistic picture of the state before and after Naveen.

The book’s canvas extends to 1936 – the year Odisha became the first Indian state to be formed on the basis of linguistic commonality – and every major political event since then has been touched upon in some degree. So, as much as this book is about Naveen, it is also about a state that has had very little literature about it’s modern history. Therefore, Banerjee’s work is vitally important in archiving Odisha’s narrative. It also fills in the gaps for a generation which has moved out of Odisha and whose last real memory of the state’s politics is either the funeral procession of Biju babu in April 1997 where more than five lakh people turned up on the streets to pay their last respect to the ‘Bhumiputra’ or the disastrous handling of the Super Cyclone by the Giridhar Gamang government in 1999.

The most absorbing bits of the book are where the author examines the enigmatic personality of the boss. Primarily an outsider enjoying the good life in Lutyen’s Delhi with the talking heads of the world, Naveen’s fate took a decisive turn with the passing away of his father. Coming into the system with no baggage whatsoever, he established his ruthlessness in a manner not familiar to Odisha politicians even while understanding the value of reverential respect in a culture steeped deep in mythology. He clipped the wings of alternate power centres within the party in a cold-blooded manner – a game he continues to play as the recent episodes around the exit of Baijayant Panda from the party establishes. It is estimated that Naveen has sacked close to 50 ministers or party members for varied reasons during his four terms so far. Some of the calls have been debatable, drawing him the critic’s ire but it has also earned him the faith of the mass, who remain to be his trusted vote bank.

“He had long ago worked out its utility in the future,” writes Banerjee, referring to Naveen’s insistence ahead of the 2000 assembly elections that the party president and not the powerful Political Affairs Committee have the ultimate power or nominating and cancelling tickets of party candidates. “That he was capable of plotting so much in advance struck fear among the most seasoned of politicians. What else did Naveen have up his sleeve, they must have wondered.”

Sharp, articulate, poker-faced and his own man in every sense, Naveen was not going to be anyone’s pawn. He was going to play the game on his terms. For those with a cricketing bent of mind, it is impossible to not compare Naveen with MS Dhoni’s style of captaincy.

It is not that Naveen has completely turned around the fortune of a state that has never been an economic powerhouse, but just by stabilising operations and bringing in an element of predictability in the routine life of more than four crore people, he has created an impression of having delivered on his mandate. Some of his populist schemes like giving away rice to those below poverty line at Re.1 per kg has mobilised the majority in his favour, but makes you wonder if in the future the lazy workforce would want BJD to remain in power so that they can continue to be lazy. How does that impact the state’s economy in the long run is the subsequent question, but Naveen, who will soon be turning 72, has built a legacy for himself on the back of this paradox. That he is a bachelor has worked to his advantage as for the mass of Odisha, he is a honest man and they are his family.

“Being alone helped Naveen immensely in a state where politicians in power were known to run a family empire,” writes the author. “That Naveen displays no soft corner or attachment for anyone is his biggest political asset.”

Super Cyclone 1999 and Cyclone Phailin 2013 – two contrasting examples of disaster management. Between these years lies the rise of Naveen. The way the Odisha government handled Phailin earned them praise at the global level, further establishing the chief minister’s base in a state earlier resigned to losing lives for cheap every time a natural disaster hit the shores.

What happens after Naveen is the theme of the last chapter of the volume. There is no clear answer to the question. BJP is starting to work its way back into the state system using the charm of Narendra Modi at the centre, and the way Naveen has secured his territory by getting rid of all big names from within his party one after the other over the years means that BJD does not have a definite succession plan. It gets the reader thinking. Will the state’s fortune slip once again after he is gone or will a new leader emerge to build on Naveen’s foundation? A perfect end to a gripping book that is a definite buy for anyone remotely interested in Odisha.