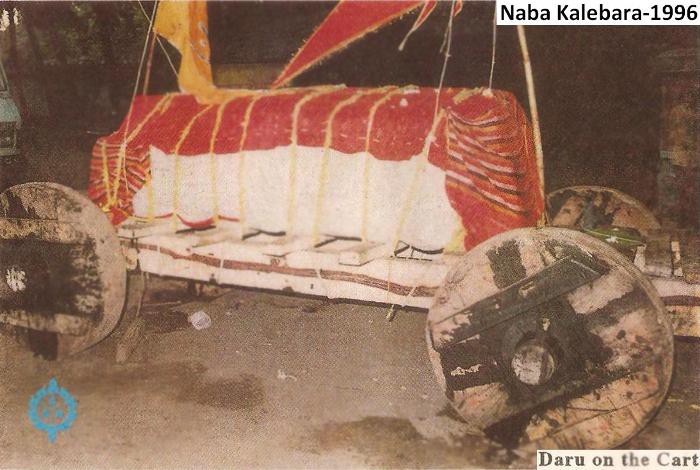 Banajaga Yatra exercise begins after an offering to Lord Jagannath in the Puri Jagannath Temple on March 29. The main offering is a Agyan Mala it is specially prepared and is 12 feet long.

The procession is led by the Pati Mahapatra family who receives the Agyan Mala after the puja. The procession comprises of Daitapatis, Pati Mahapatra Sevaks, priests, carpenters, Lenka, Kahalia, Deula Karana, Tadhau Karana and security personal of PuriJagannath Temple.

The first day ends at Jagannath Ballav Math in Puri.

Next day the procession travels to Maa Mangala Temple at Kakatpur via Konark.

At the Maa Mangala Temple, the procession will first have darshan of Maa Mangala and stays at Deuli mutt.

During the stay here, the team chants the swapnabati mantra. They construct the yagnashala for holding yajna and Sudarshan Sanket.

The eldest Daitapati in the procession sleeps inside the Maa Mangala Temple, and Goddess Maa Mangala informs about the location of the neem tree in his dream.

After being blessed by Maa Mangala through a dream, the Badagrahis will divide themselves into separate teams and move out in different directions looking for the darus – the neem tree for carving the murti of Jagannath, Balabhadra, Subhadra and Sudarshana Chakra.

Once the trees are identified they are then brought to the Puri Jagannath Temple.