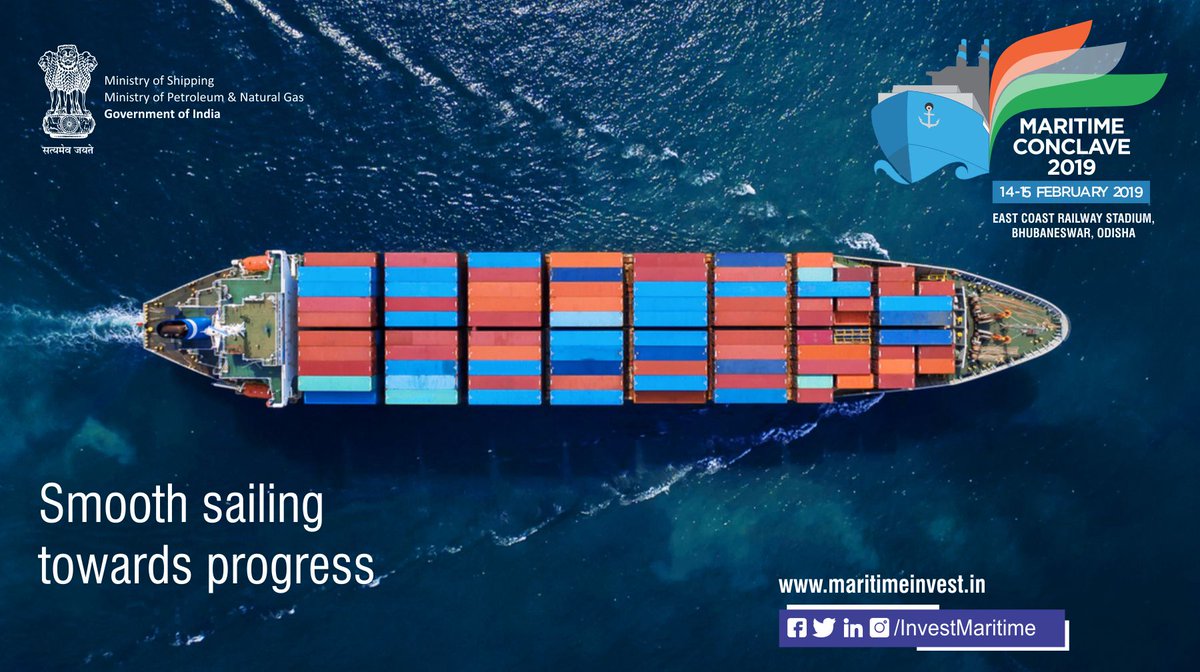 The two-day Maritime Conclave 2019 will be held in Bhubaneswar between February 14-15 in the East Coast Railway Stadium said Visakhapatnam Port Chairman MT Krishnababu.

While speaking at a road show here, he requested the local stake-holders to participate in large numbers to discuss and find solutions for current issues. He also highlighted the importance of the sector and the strides it had made in recent times along with the many challenges facing the sector.

Sagarmala project Director DK Rai said the conclave would give stake-holders from all over the country an opportunity to discuss the problems and challenges. He said the capacity of the major ports in the country would rise to 500 million tonnes by 2025 and the non-major ports, several of them in the private sector, would also play a crucial role.