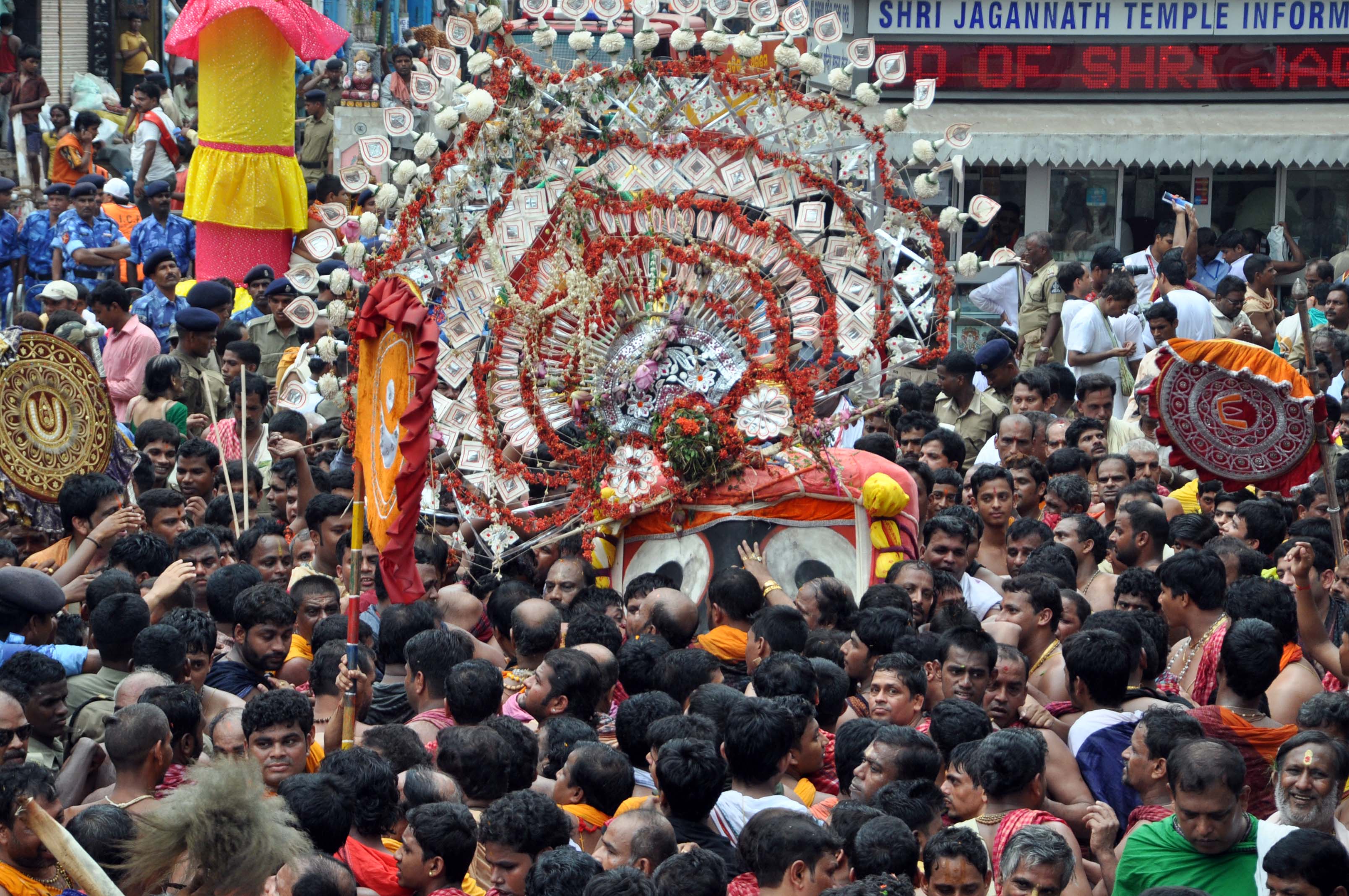 ‘Pahandi’, means to ‘take a step’ and represents the way in which the gods move. ‘Bije’ stands for a procession of the King or the Gods, as well as the coming together of the King and the Queen at a particular place.

One can differentiate two forms of transport during the ‘snana jatra’ (annual bathing festival) and also through the ‘ratha jatra’ (chariot procession).

The second form is ‘goti pahandi’ (individual moves) and this happens during the Ratha Jatra. In this type of ‘pahandi’, one God is brought at a time to the chariot. After one God is seated on the chariot, the procession of the other begins from the sanctum.

Although, ‘Dhadi Pahandi’ (to walk in a line) and ‘Goti Pahandi’ (individual move) describe the pattern of movement of the Gods, there is considerable difference between the ‘pahandi’ of Gods.

Shree Sudarshan and Devi Subhadra do not have arms. They are therefore carried in a reclining position and they do not touch the floor. On the other hand, Shree Balabadra and Shree Jagannath, ‘take steps’, they are put on the ground from time to time. A large pillow is tied on the bottom of their idols, so that they can be comfortable while landing on the floor and also not cause damage to the idols.

Do you know how many rituals does Lord Jagannath have in a day? just Wow