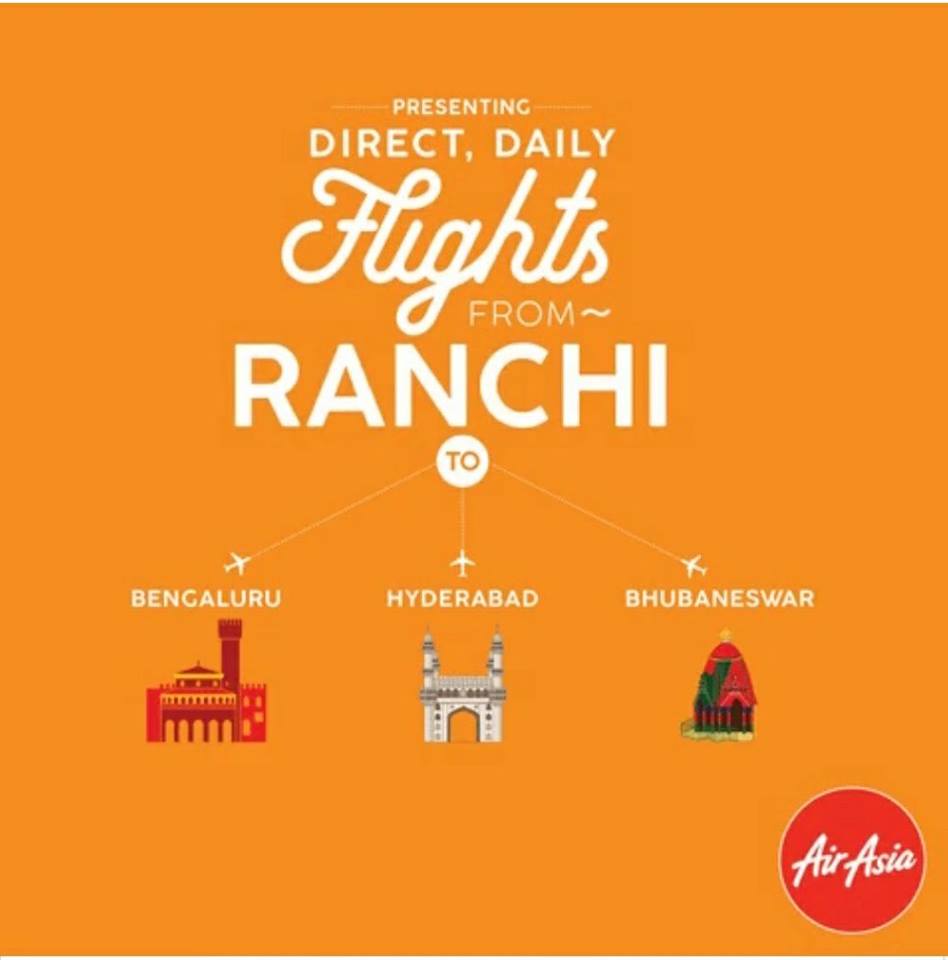 Air Asia has just announced that it will launch daily flights between Bhubaneswar and Ranchi. More details on flight schedules to be announced shortly.

AirAsia (India) Ltd is a joint venture between Tata Sons Ltd and AirAsia, with AirAsia Investment and Tata Sons holding 49 per cent each; S Ramadorai (Chairman) and R Venkataramanan, two directors of the company in their individual capacity hold 0.5 per cent and 1.5 per cent shareholding respectively.