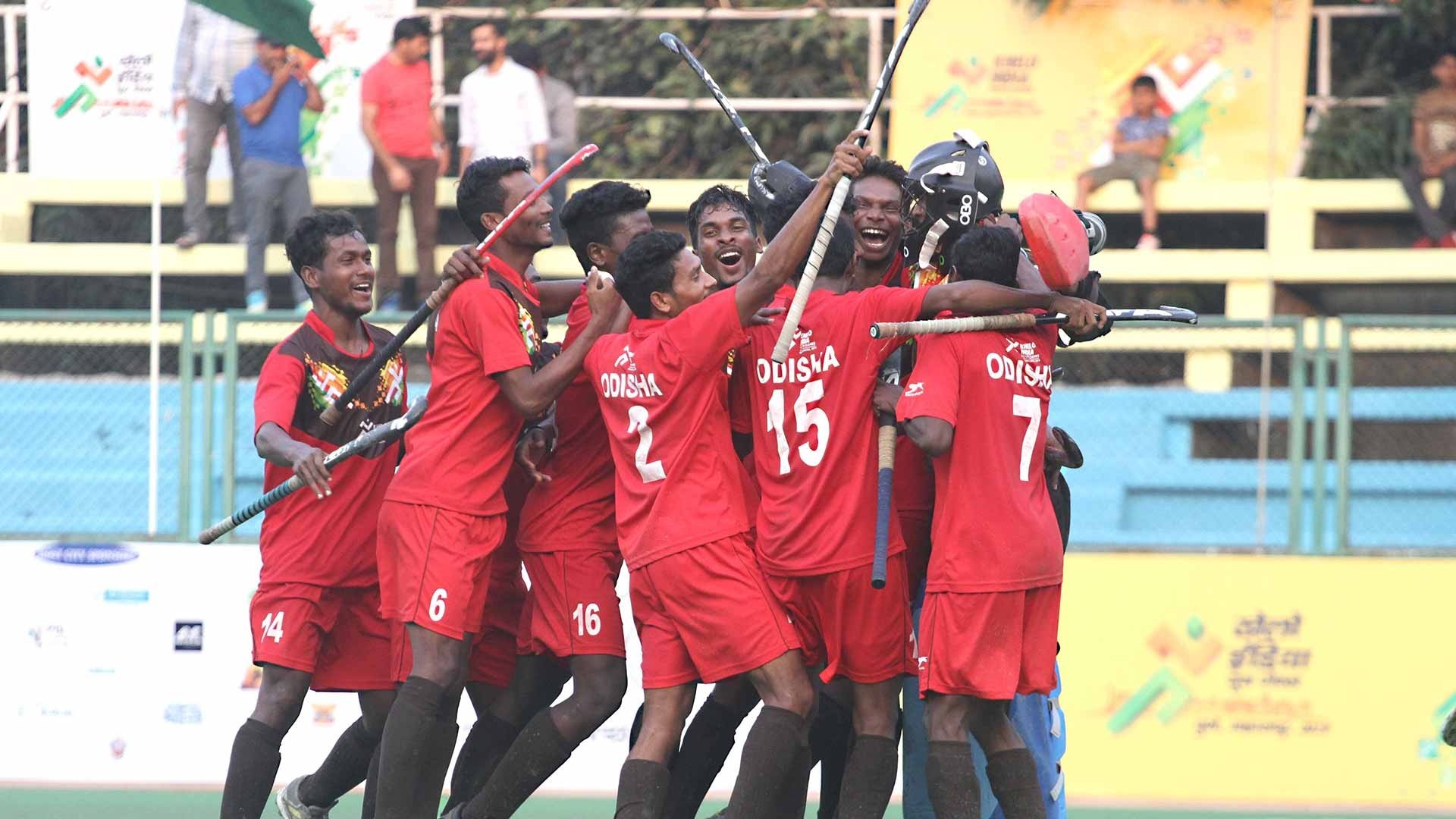 Odisha thwarted Haryana from completing a hockey double as they beat them 4-2 in the Boys Under-21 hockey final of the Khelo India Youth Games in a penalty-shootout at the Mahindra Hockey Stadium in Mumbai on Tuesday. Punjab edged Uttar Pradesh also in penalties for bronze.

On Monday, Haryana had beaten Punjab for the Boys Under-17 gold medal.

In a pulsating Under-21 final, Odisha and Haryana were evenly matched and put two goals each past the other in open play, but could not decide the issue, for which penalties were needed.

Odisha led 2-0 with goals from Dipsan Tirkey (11th minute) and Ashis Topno (23rd) but Haryana hit back through a brace from skipper Mandeep Mor (29th, 57th), his second goal in fact setting up the tie-breaker.

In the shootout, Ashis Topno, Gregory Xess, Shilanand Lakra and Dipsan Tirkey converted for Odisha while only Kuldeep and Yashdeep Siwach could score for Haryana.

In the bronze medal match played earlier, Punjab also needed the shootout to complete a 2-0 win over Uttar Pradesh after the two teams were tied 1-1 in full time.

Uttar Pradesh’s Samarth Prajapati gave his team the lead in the 12th minute but Punjab’s Arvinder Singh scored in the 19th minute to restore parity. In the penalty shootout, it was Punjab’s Mehkeet Singh and Karanbir Singh who converted for their team, while Uttar Pradesh missed all their five attempts.