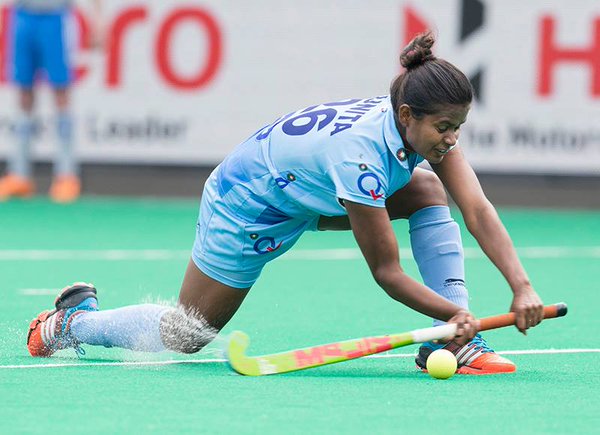 India’s premier defender Sunita Lakra completed the milestone of playing 100 international matches for the country, when she took the field against New Zealand in the third of the five-match series on May 17.

At the age of only six years, Indian woman hockey player Sunita Lakra was almost forced to join Sports Authority of India (SAI) in Rourkela to learn hockey. Her father sent her to SAI. It was long back in 2002. Lakra could not dream of today’s achievement she gained by playing her 100th international match in the recently concluded third Test in the India-New Zealand hockey Test series.

Sunita spoke from her home in Rajgangpur on Wednesday (May 24), “Actually in our locality in Rajgangpur most of the boys and girls are addicted to football.

“My father thought playing football is riskier. Hockey, comparing to football is safer. So he forced me to learn hockey at the SAI hostel.” But 26-year old national defender was potential right from her childhood. Amulya Nandy, the SAI coach who saw her from her beginning at Rourkela SAI, also had praise for his one of the best students. Nandy spoke from Rourkela. He said: “Her father was a farmer. Sunita also had three elder brothers and mother. So her father was, as usual, struggling with poverty.