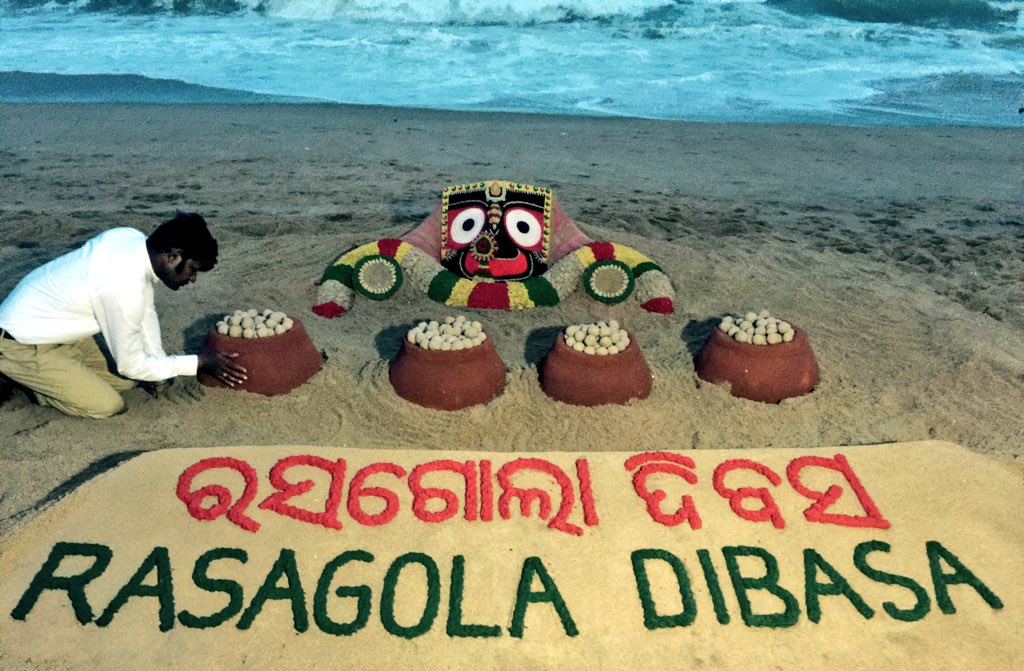 Rasagola Dibasa is celebrated on the day when Lord Jagannath, along with his siblings Balabhadra and Subhadra, will return to the sanctum sanctorum at Odisha’s famous Jagannath Temple of Puri after a fortnight-long sojourn that includes the famous Ratha Jatra.