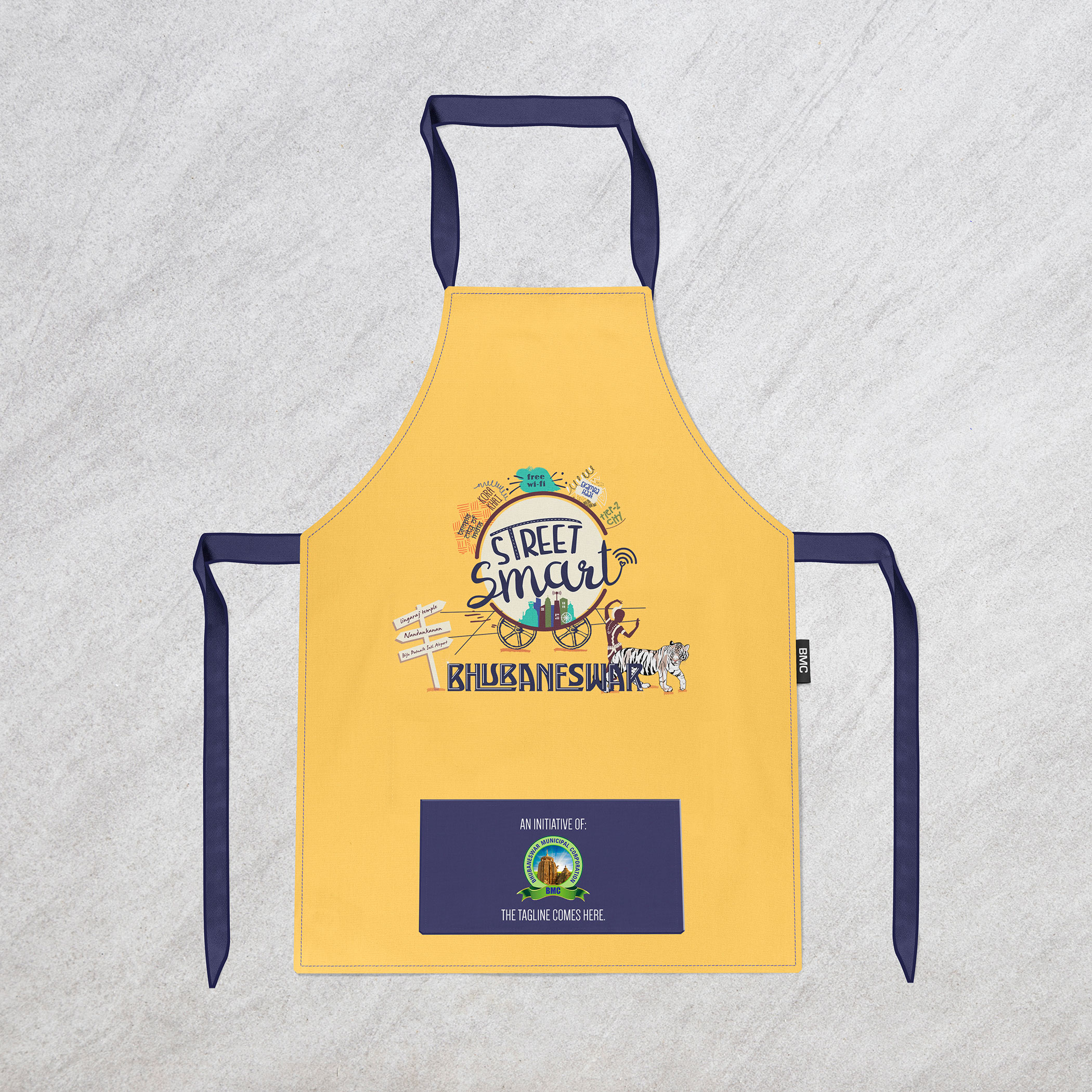 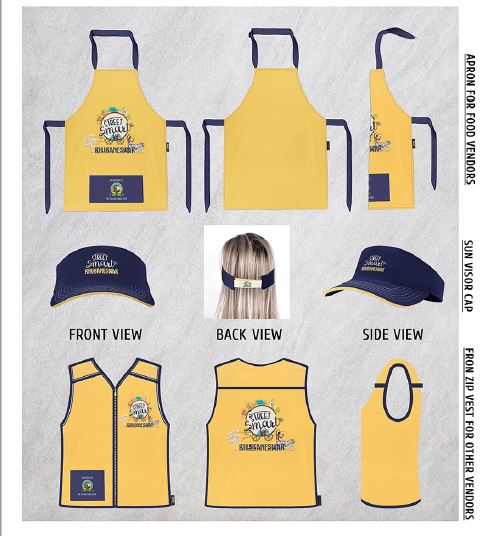 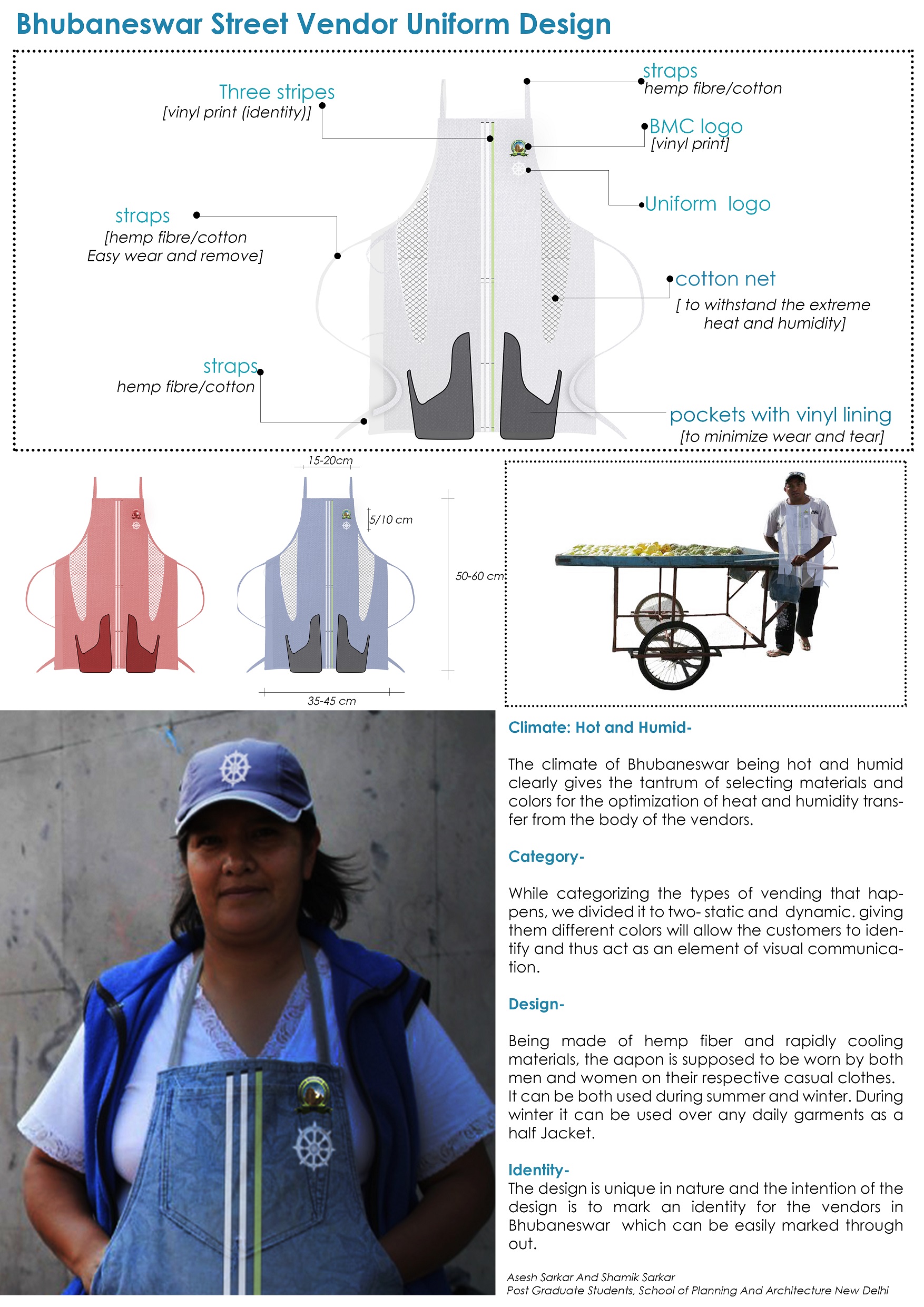 In order to redefine the look of street vending in the Temple City, results of the much-awaited Bhubaneswar Street Vendors Uniform Design Competition are finally out. Of the 87 valid entries received for the contest, Proshish Golyan, Shamik Sarkar and Swagat Suvankar have secured the first, second and third positions respectively.

The three winners will be given away prizes at the next Corporation meeting of the Bhubaneswar Municipal Corporation (BMC) on July 31. They will receive prize money of Rs 50,000, Rs 30,000 and Rs 20,000 respectively for their creative inputs to make the street vendors don a unique uniform so that the later would be identified easily across the city.

The civic body had invited submission of design entries for the uniform design competition, organised by BMC in association with Bhubaneswar Smart City Limited (BSCL) on February 10th, this year and the closing date for submission of entries was April 15th.

Interestingly, Bhubaneswar was perhaps the foremost city of the country to adopt an organised vending zone concept, which helped in providing a beautiful ambiance for the city. Though designer uniforms, it was envisioned to enable the street vendors put up a smart show, both in their businesses as well as making the streets colourful.

The competition was promoted extensively online through social media platforms Facebook and Twitter along with offline promotionsthrough presentation sessions and workshops at various colleges and institutions in Bhubaneswar including BK College of Art and Crafts, NIFT Bhubaneswar etc. Display posters were also put at key institutions in design, architecture and fashion designing, including NIFT Bhubaneswar, BK College of Art & Crafts, JD Institute of Fashion Technology, KIIT School of Fashion Designing, CET etc. Besides, competition poster was displayed on Smartnet website managed by National Institute of Urban Affairs (NIUA) and emailers on the competition werealso shared with over 30 leading design and fashion design institutes across India for optimizing participation.

A special interactive session was also conducted with around 40 street vendors in Saheed Nagar area to understand their requirements apart from encouraging them to participate in the competition.

Several queries regarding the competition were received through e-mail, faceboook comments and in person at offices of city agencies BDA, BSCL and BMC. Design entries were received via email and Facebook application.

Once all the entries were collated after the final submission date, codes were allotted to each design entry in order to make the marking and evaluation completely fair and without any bias. The first round of evaluation was a selection round wherein 42 design entries out of the total 87 entries received as part of the competitiongot selected for the final evaluation round.

The second round of evaluation of the selected 42 entries was based on various evaluation parameters such as design, concept and elements. An evaluation panel constituted by Director, NIFT Bhubaneswar on request from BMC evaluated the entries and adjudged the winners.