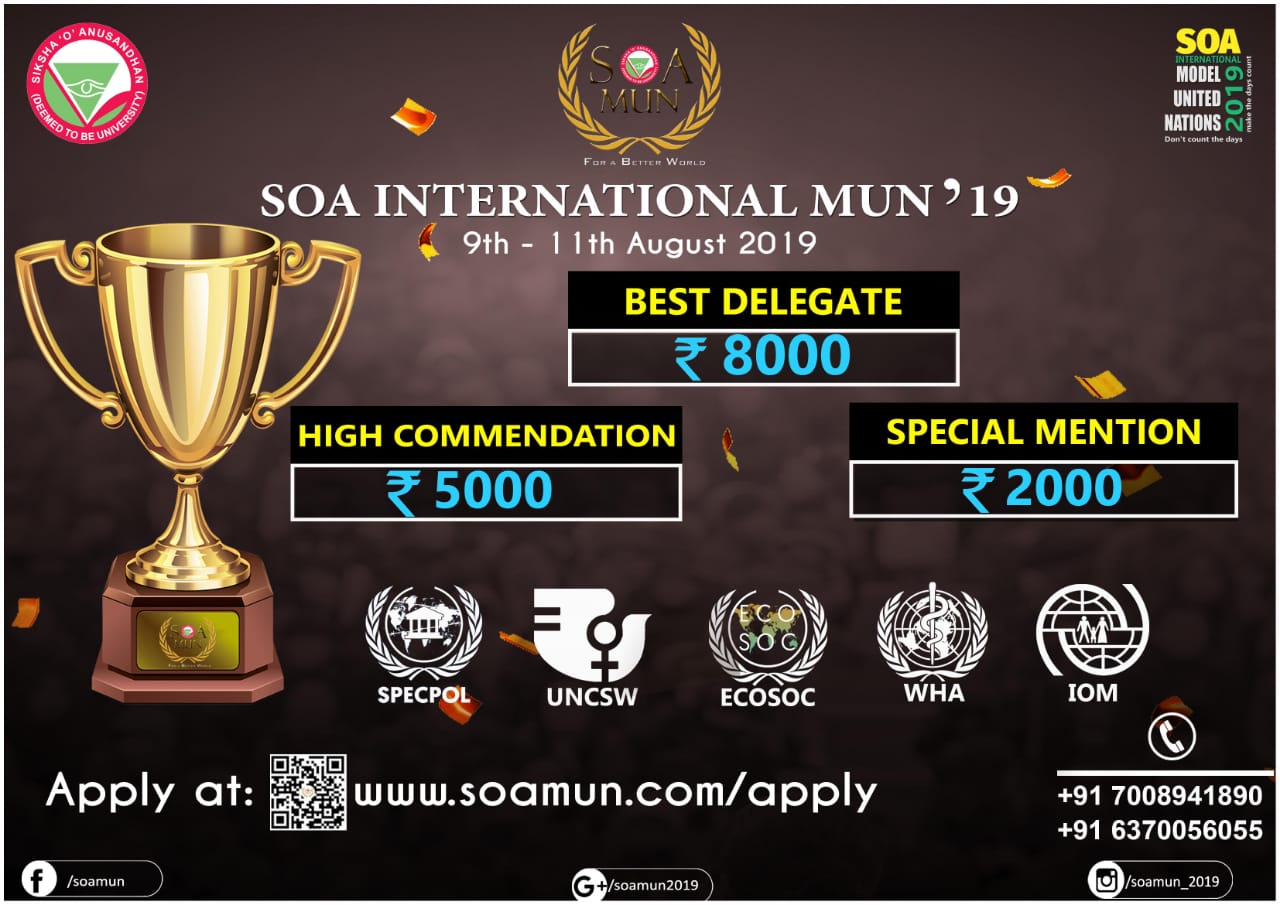 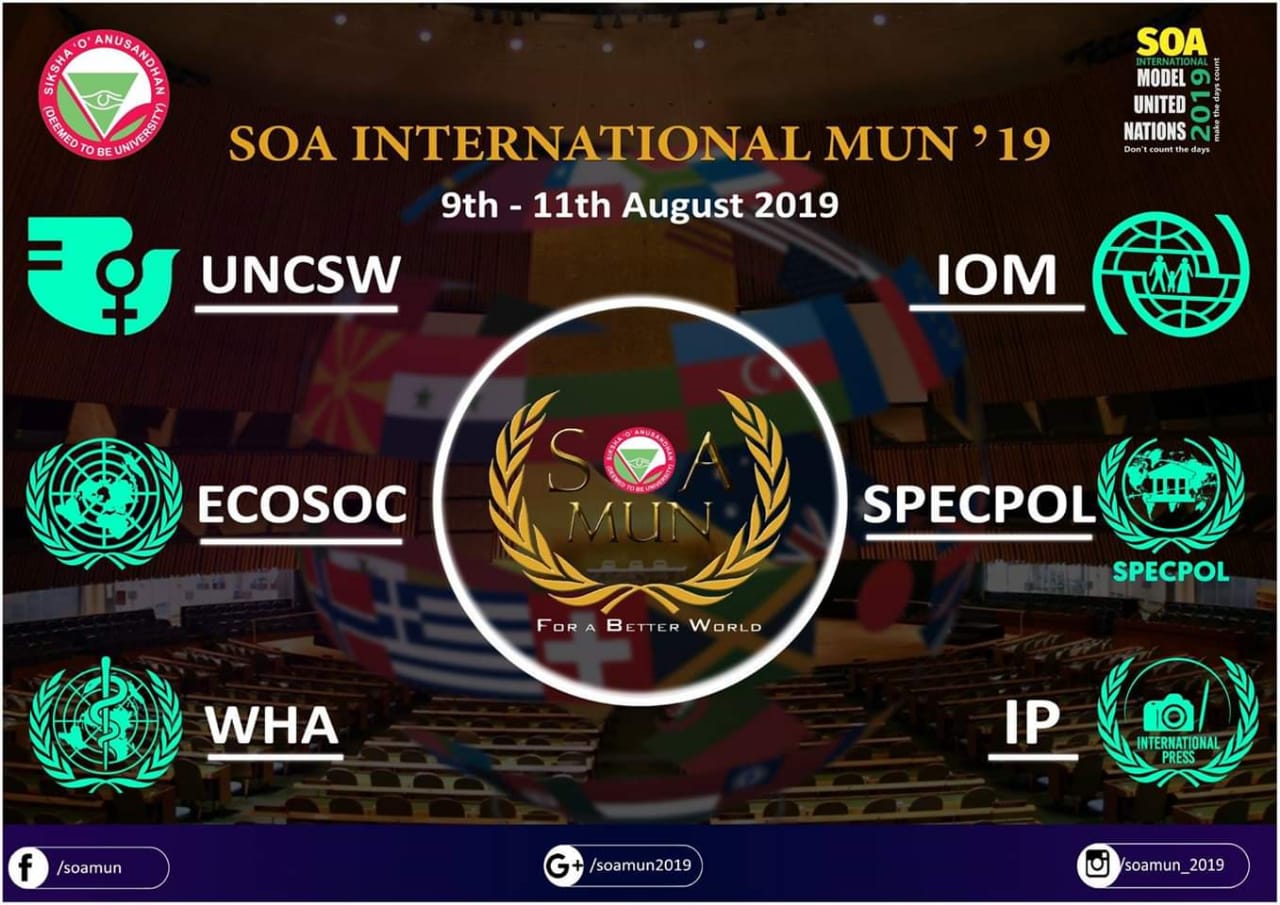 Siksha ‘0’ Anusandhan (Deemed to be University), Bhubaneswar, one of the top ranked Institution in the State considering knowledge, learnings and growth. It has been ranked as the No.1 University in Odisha and the 24`” best in University Category by the MHRD through its NIRF Indian ranking 2019.

It put forwards the finest experience in providing quality education to its students, in both academic and co-curricular fields, and as a part of which, are honoured to host an International edition of Model United Nations Conference from 9th to 11th of August, 2019 at the premises of SOA Deemed to be University with the expected minimum of 1000 delegates from all over India and as well as from other nations with 10,000+ crowd in these 3 days and in addition to that they also have 3 social nights which include Stand-up comedy, Musical band performance and many more.

This would mark third edition, after the successful completion of two editions plus, they have levelled it up and would be encouraging delegates and Executive boards from the entire world to witness the art and expertise of the other countries. Thus, entitling the conference to SOA International Model United Nations 2019.

SOA international MUN is a part of a large international student project, which involves thousands of young leaders. Each conference is an academic simulation of the United Nations that aims to educate participants about civics, effective communication, globalization and multilateral diplomacy. In a Model UN, students research a country, take on the role of foreign diplomats, investigate international issues, debate, deliberate, consult, and then develop solutions. Model United Nations conferences are held annually in 160 locations in the United States and in at least 30 cities in Europe Asia, South America, North Africa and the Middle East.

They have successful collaboration with more than 15 Model United Nations Conferences, all wide the nation. SOA MUN bestows admirable and distinct quality debates and sharing skillful learning outcomes. Hence, acclaiming one of the most sterling conferences.

The committees that will be present this year’s conferences are as below:

• ECOSOC – The Economic and Social Council

• UNCSW – United Nations Commission on the Status of Women