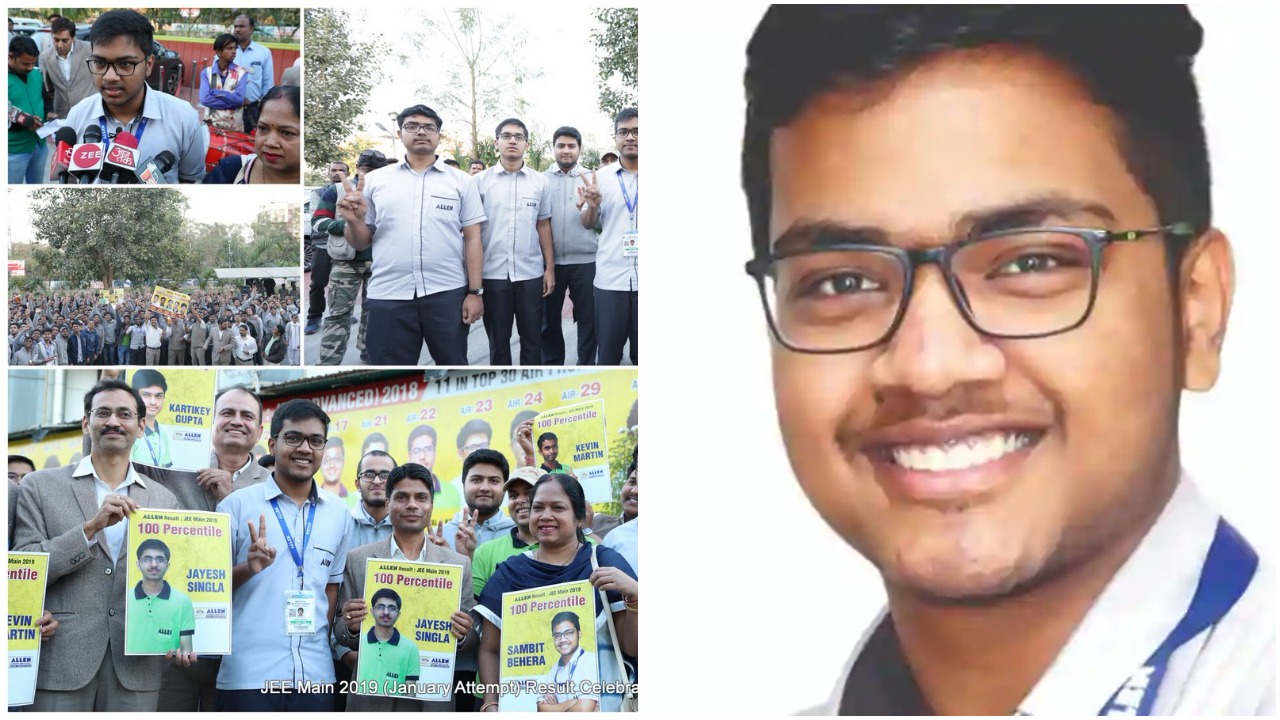 As per this article in Hindustan times, Regular studies, practice and problem solving helped Sambit to clinch top spot with 14 other students who grabbed 100 percentile each in the JEE Mains January 2019 examination, the scores of which were declared on Saturday.

Sambit Behera (17) who hails from Odisha, opted Kota as centre of his examination as he was preparing for the exam in Kota for the last couple of years.

Sambit also stressed on daily practice of the study exercises for scoring high in the exam. Sambit’s father Chandramani Behera is a Manager in SBI in Koraput in Odisha. Sambit likes to play and watch football and movies.

Sambit’s mother is an ophthalmologist and elder sister is studying at NIT, Rourkela. He will appear in Class 12 later this year.