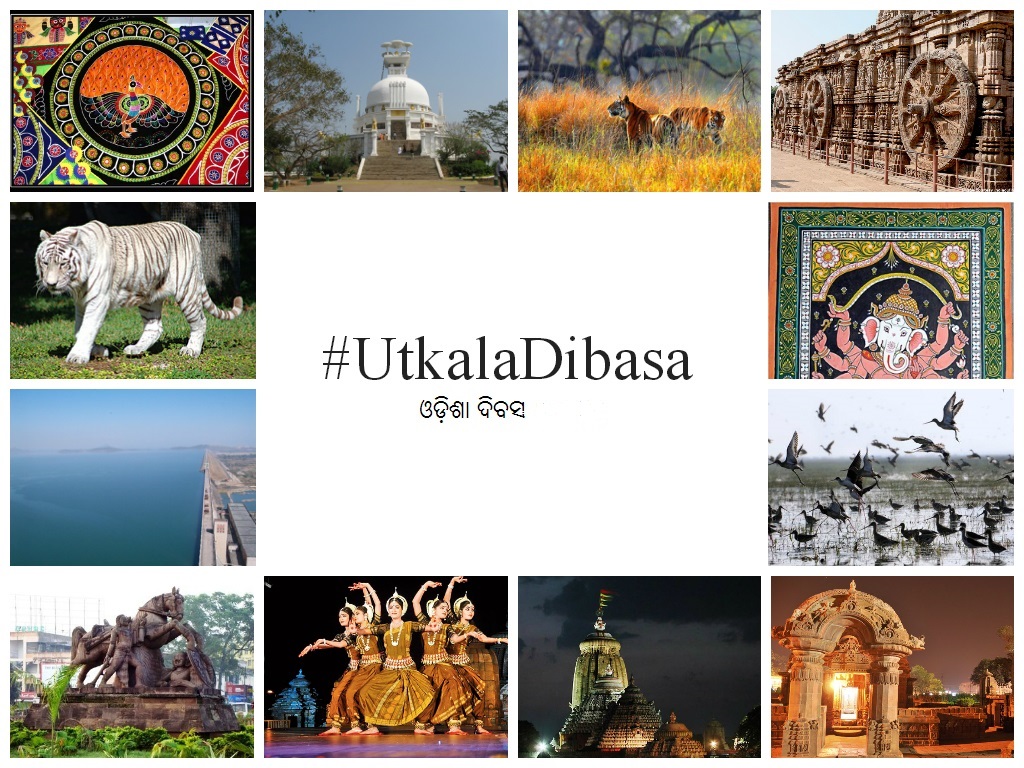 In 1st April 1936, the state of Odisha was formed and to remember the contributions and sacrifices made by the people of Odisha in those olden days, Utkal Dibasa or Odisha Day is celebrated all over the state. Not only in Odisha but Utkala Dibasa is celebrated in many cities and towns in India and abroad, where people from Odisha reside. In ancient times the region of Odisha was the center of the Kalinga kingdom, although it was temporarily conquered (c.250 B.C.) by Asoka and held for almost a century by the Mauryas. With the gradual decline of Kalinga, several Hindu dynasties arose and built temples at Bhubaneswar, Puri, and Konarak. After long resistance to the Muslims, the region was overcome (1568) by Afghan invaders and passed to the Mughal empire.After the fall of the Mughals, Odisha was divided between the Nawabs of Bengal and the Marathas. In 1803 it was conquered by the British.

The coastal section, which was made (1912) part of Bihar and Odisha Province became the separate province of Odisha in 1936. In 1948 and 1949 the area of Odisha was almost doubled and the population was increased by a third with the addition of 24 former princely states. In 1950, Odisha became a constituent state of India.

Utkala Dibasa is celebrated to commemorate the foundation day of our state Odisha on 1st April 1936. Odisha took birth as a separate linguistic state because of the pioneering efforts of Utkala Gaurav Madhusudan Das, Utkalamani Gopabandhu Das, Maharaja Shri Ramachandra Bhanjadeo, Maharaja Shri Krushna Chandra Gajapati, Raja Baikunthanath Dey, Fakir Mohan Senapati, Gangadhar Meher, and Gourishankar Ray. Later on the State was divided into 13 districts and then 30 districts. The day is celebrated as State Holiday in Odisha . On this occasion various cultural evenings, seminars, competition are organised in different parts of inside and out side the State. Oriya communities all over the world also celebrate wherever they are.