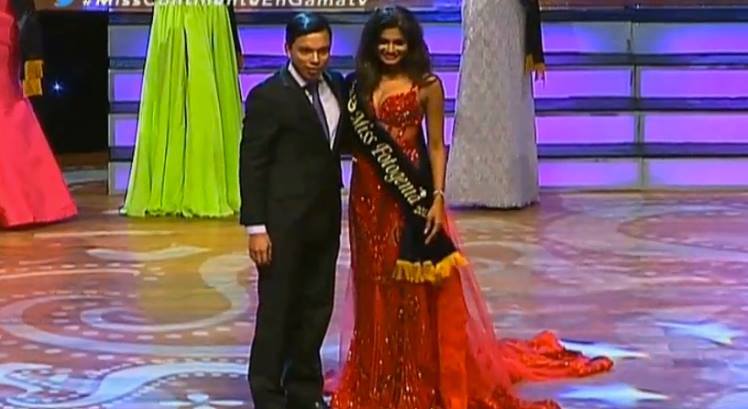 After a magnificent 2 hour-long finale of Miss United Continents 2015, Nathalia Lago from Brazil was named as the winner. Nathalia battled out other 27 contestants in the competition to win the title. The finale was held at Teatro Centro Civico Elo Alfaro, Guayaquill, Ecuador. Nathalia Lago was crowned by the out going queen Geisha Montes, Miss United Continents 2014, from Dominican Republic. The finale was broadcast live by Gama TV.

Daniela Castaneda from Colombia was crowned as Vice Queen United Continents whereas  Myriam Arevalos from Paraguay was named as 1st runner-up. The heavy crowd favourites from Philippines and India could not win the title. India managed to win the most important sub-title of Miss Photogenic along with Best in National Costume title yet had to content with 3rd runner-up title. Another crowds’ favourite Anri Okane, Japan, who made a début to this pageant this year also placed among Top 10.