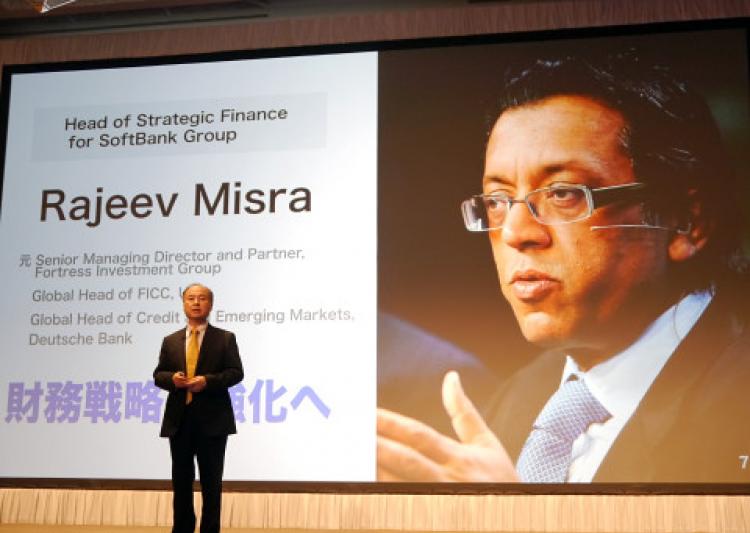 India-born Rajeev Misra, who manages Softbank’s $100 billion investment fund, will soon have a new position — a seat at the table with Chairman and CEO Masayoshi Son. Rajeev Misra has been elevated to Executive Vice President of the Board of Directors at Japanese conglomerate Softbank, which puts him in the coveted group of top executives who could potentially become Masayoshi Son’s successor. He is also the director of Uber Technologies in India.

Born in Bhoisahi in Balasore town of Odisha, Rajeev Misra, 56, holds Bachelor of Science in Mechanical Engineering from Indian Institute of Technology, Delhi. He then went on to obtain a Master’s degree in Computer Science from the University of Pennsylvania and an MBA from the Sloan School of Management. So far, Rajeev Misra has worked for several top financial companies such as Merrill Lynch, Deutsche Bank, UBS Group, Fortress Investment Group.

In November 2014, he joined SoftBank as the head of strategic finance and was appointed CEO of $93bn investment fund called Softbank Vision Fund. Rajeev Misra’s appointment is currently subject to the approval of the shareholders and Board of Directors at the Annual General Meeting scheduled to be held on June 20, 2018. “Rajeev Misra will continue to serve as CEO of SoftBank Investment Advisers,” the company said in a statement.