Kalinga war is a subject which attracts a lot of students, researchers, academicians and a lot of heritage enthusiastic persons all over the world. This war changed the entire system of India, whether its political, religious, social or economical. I am also one of those heritage enthusiast and here, I am thinking of some alternative perspectives.

On 4th Aug 2005, there was a report in The Hindu, a national newspaper by Mr. Prafulla Das. The topic was Stupas, inscription indicate Lord Buddha’s visit to Kalinga(1). This piece of news almost confirms that Lord Buddha visited Odisha or the erstwhile Kalinga. Even, the famous Chinese traveler, Hieun Tsang wrote that Lord Buddha visited the region where Ashoka constructed 10 stupas. Even in that report a brief was there on the excavations of Radhanagar and even several inscriptions were also found in Radhanagar and surrounding areas where it was mentioned as Toshali Nagar. I even wrote an extensive blog on Radhanagar. The title was, Radhanagar — The capital of Kalinga??(2) In the same newspaper, it was also mentioned that the current excavation and survey gave indications that the war might have been fought at Yudha Meruda, which comes under the Korei block near Dharmasala. But till now, I am not able to find the excavation report of Yudha Meruda. Even, I made a visit to that place but not able to find the excavated site. As per the report of some local residents of Beruda(now the place is known as Beruda village), excavation took place at the site in 2005. Based on these reports and my site visit, I make a story. And the story goes like this.

Asoka came to Kalinga through the land route not from the sea route. Also in between the border of Magadh and Kalinga, there was no fully developed city until he reached the Radhanagar. He had a brutal war on the banks of river Brahmani. Since Yuddha Meruda is not very far from Radhanagar, it really opens a new doors in the history of Kalinga. Anyways, he won the war. Radhanagar city was almost destroyed and after that Asoka made his younger brother Tissa, the king of Kalinga and the coronation of Tissa took place on the hills of Suravagiri.

Now, the above one was a small summarized story, which I mentioned here. But when we look at the broader view, we can get some observations from it which are as follows:

This thing is also written in a blog. (3)

4. On the foot hills of Kayama, a rock cut elephant was there, which was supposedly built by Tissa. Also there is a rock cut bench, on where, name of Tissa is inscribed. 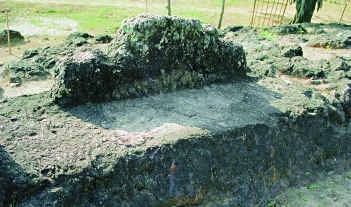 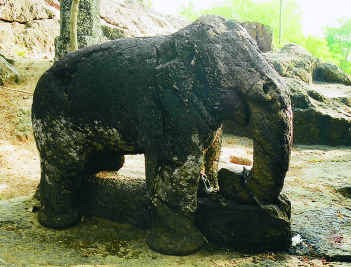 5. A pendant found in Radhanagar. It has ‘Tissa’ inscribed on one side. 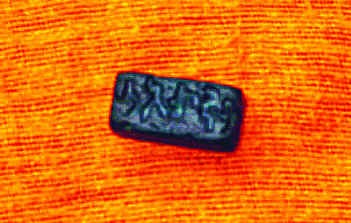 6. So, Yudha Meruda, Radhanagar and Kayama hills clears a lot of picture in regarding to the lost history of kalinga war. “The unearthing of several inscriptions and other corroborative evidence clearly proves that Radhanagar was the capital city of Tosali,’’ Mr. Debraj Pradhan said. A senior ASI expert has deciphered the inscriptions as `Tosali Nagara’, `Tosali Nagar’ and `Tosali’, and they are datable to the third and second century B.C.

Now, where is Dhauli, Daya and Sishupalgarh then? Some experts says, it was all fabricated. May be, may not be. I wrote a blog on Sishupalgarh(4). Now Sishupalgarh is also very intresting place. Our historians identified this place with Toshali and Kalinga Nagara. Kalinga Nagara was the famous capital city of King Kharavela. The Hati Gumpha (Elephant Cave) inscription of Udayagiri in Bhubaneswar points towards this fact. It was having a well known defense system and as per historical documents it was the first fortified city of that time in the entire world. In Sishupalgarh, excavations were carried out in two phases, the first one by Mr. B.B.Lal in 1949 and second one by Mr. R.K.Mohanty and Ms. Monica Smith in 2005–2008. Lots of potteries and ear ornaments were found.

On the foothills of Dhauli, we also have a rock cut elephant, but only foremost part is projected whereas in Kayama, we can find the full image of elephant. 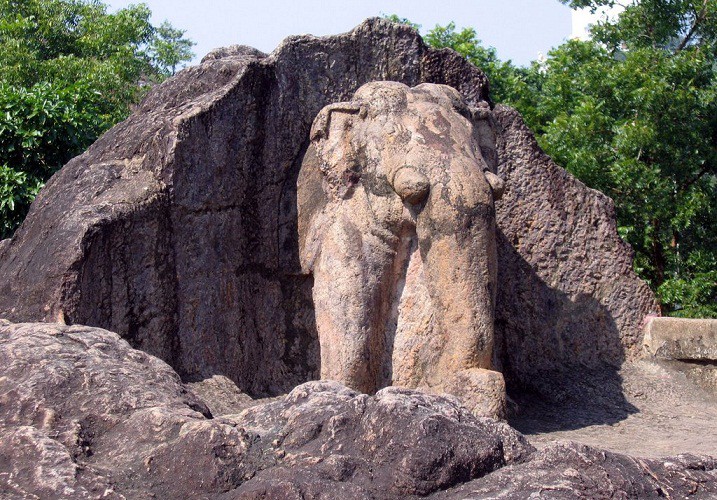 Asoka choose this place to wrote the inscriptions. But the interesting thing in these inscriptions are that there was no grief and regression mentioned here. No inscriptions were found here mentioning Tissa or Toshali Nagar or Kalinga War. Mr. N.K.Sahu was present in the excavations that took place in 1949 by ASI at Dhauli, in the site very close to Asokan inscription. He has seen that a trench laid in the close vicinity of the Asokan inscription rxposed a thick wall, made of ribblr and mud mortar, similar to the walls of new Rajagriha at Rajgir. The trench also yielded some terracotta snakes and multispouted vessels. But unfortunately, no report of this excavation is available. 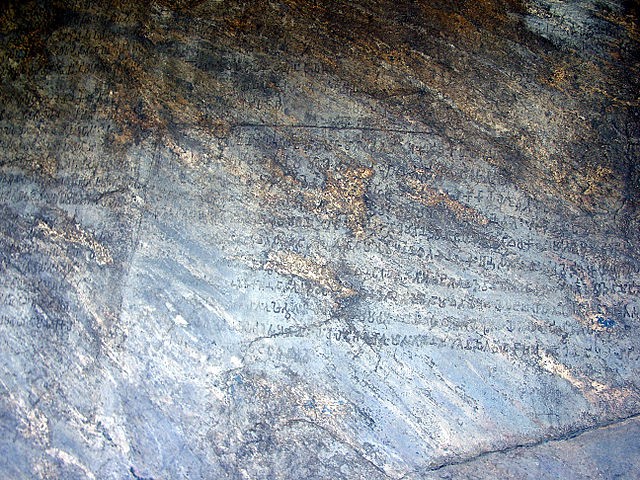 What were the causes of war? What prompted Asoka, who ruled almost entire nation at that time, to attack a small and tiny state? Some causrs are as follows:

Remains of Apsidal Chaitya in Radhanagar

3. According to some belief, Kalingans were the follwers of Hinayana Buddhism and the Magadh patronises the Mahayana Buddhism. So, it may be a battle within the same fold just to prove the supremacy of Mahayana over Hinayana.

4. According to some belief, as Kalinga was a maritime superpower, Asoka attacked them just to capture the various ports so that he can start his own maritime expansions.

5. According to some belief, the war happened just to got the 9 books of Wisdom. These books were with Kalinga and were kept in monasteries in Langudi hills and Dhauli hills. Therefore, these two monasteries and these two hills were the target. After conquering Kalinga, Asoka took these 9 books and formed a secret society.

Whatever it may be, but till now there are no concrete proof or evidences which can conclude that why Asoka attacked Kalinga.

We can not neglect the facts, either of Jajpur or of Bhubaneswar. It may also happen that initially war started in Radhanagar(Yudha Meruda) and later on spread to Sishupalgarh. We all know that Asoka converted to Buddhism, long before the Kalinga War, so its not a fact that after this he changed himself and adopted Buddhism. We really need a series of excavation at Jajpur as well as in Bhubaneswar.

As I am not a historian, I leave this on various academicians and historical researchers to conclude what is the real picture and the real story to enlighten all of us.