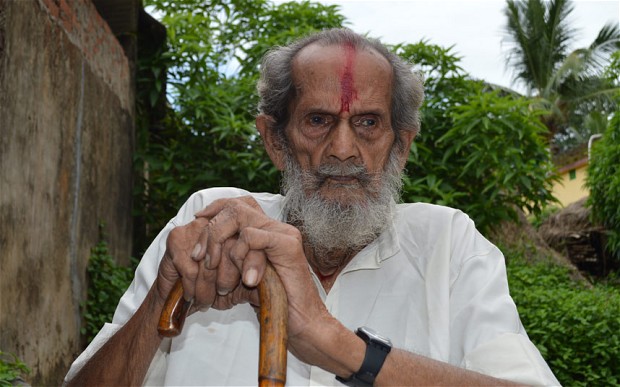 He was one of the playboy princes of colonial India – a Raja who lived in a fine palace, hunted big game and travelled by elephant when he wasn’t racing one of his 25 vintage cars.

But when Brajraj Kshatriya Birbar Chamupati Singh Mahapatra, 94, died on Monday, it marked the end of an era. He was the final surviving ruler of the British Raj-era “princely states” of Orissa, and possibly the whole subcontinent.

More than 500 semi-autonomous princely states lay scattered across colonial India, allowed to retain their hereditary rulers in return for accepting the supremacy of the British monarch.

Tigiria, first seized by Mahapatra’s ancestors in 1246AD, was the smallest in the eastern Indian state of Orissa, but still afforded its prince enough wealth for 30 servants, luxurious holidays and a famous collection of cars, motorbikes and horses.

Like most of his fellow royals after Indian independence, Mahapatra merged his state into the new republic in 1947, giving in to a mixture of threats and inducements from the new government.

In a 2013 interview he recalled the day when, still in his twenties, he “left my diwan [minister]” outside the town hall and signed the document under the instructions of Vallabhbhai Patel, one of India’s founding fathers.

But his fortunes were to swiftly fade. The Raja immediately lost his state’s tax revenues, given instead a privy purse of £130 pounds a year. For a man of his lavish tastes this proved insufficient, and by 1960 he was forced to sell his palace for £900.

In 1975, the late prime minister Indira Gandhi withdrew the last remaining royal privileges and he lost his annual income, which had been promised in perpetuity.