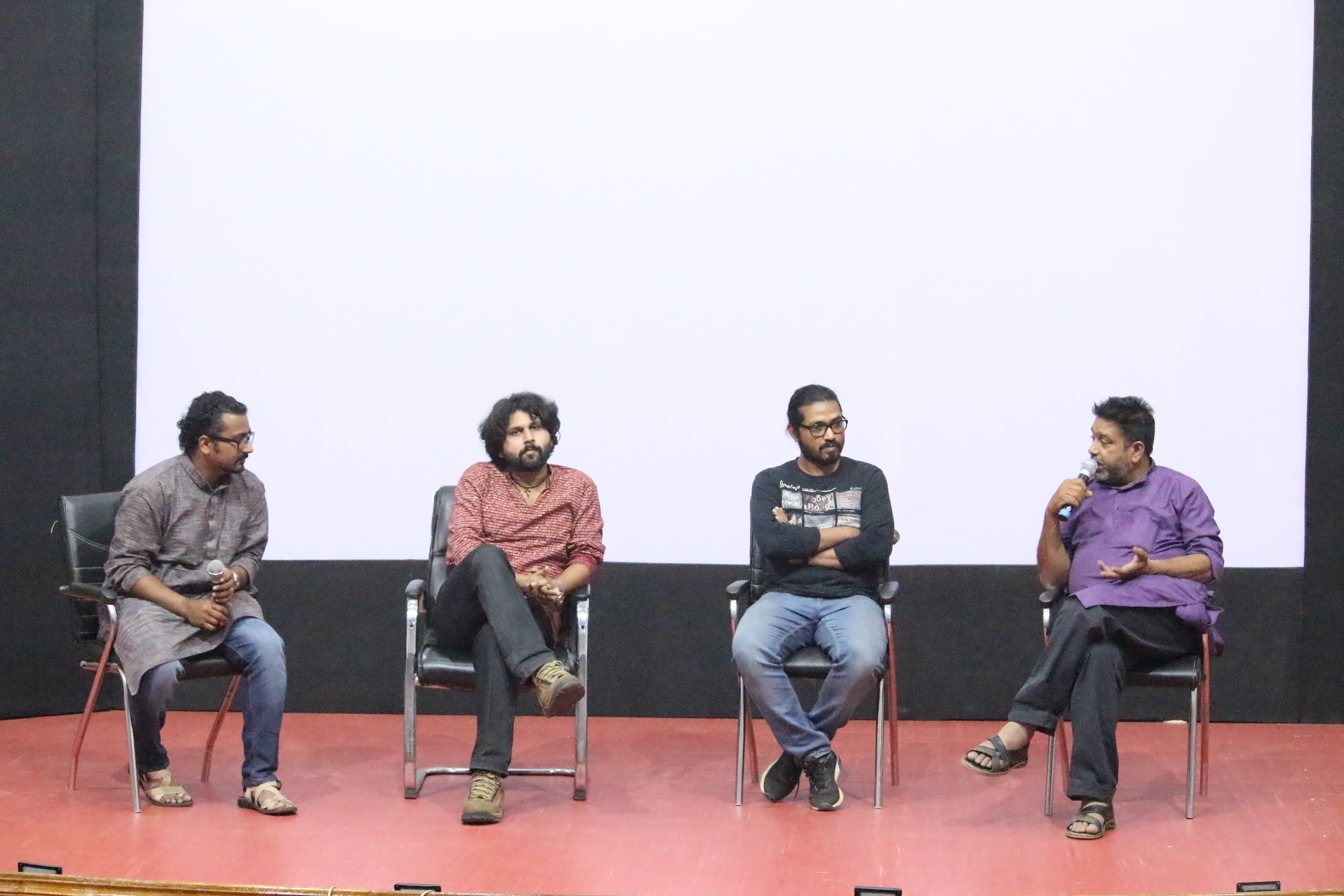 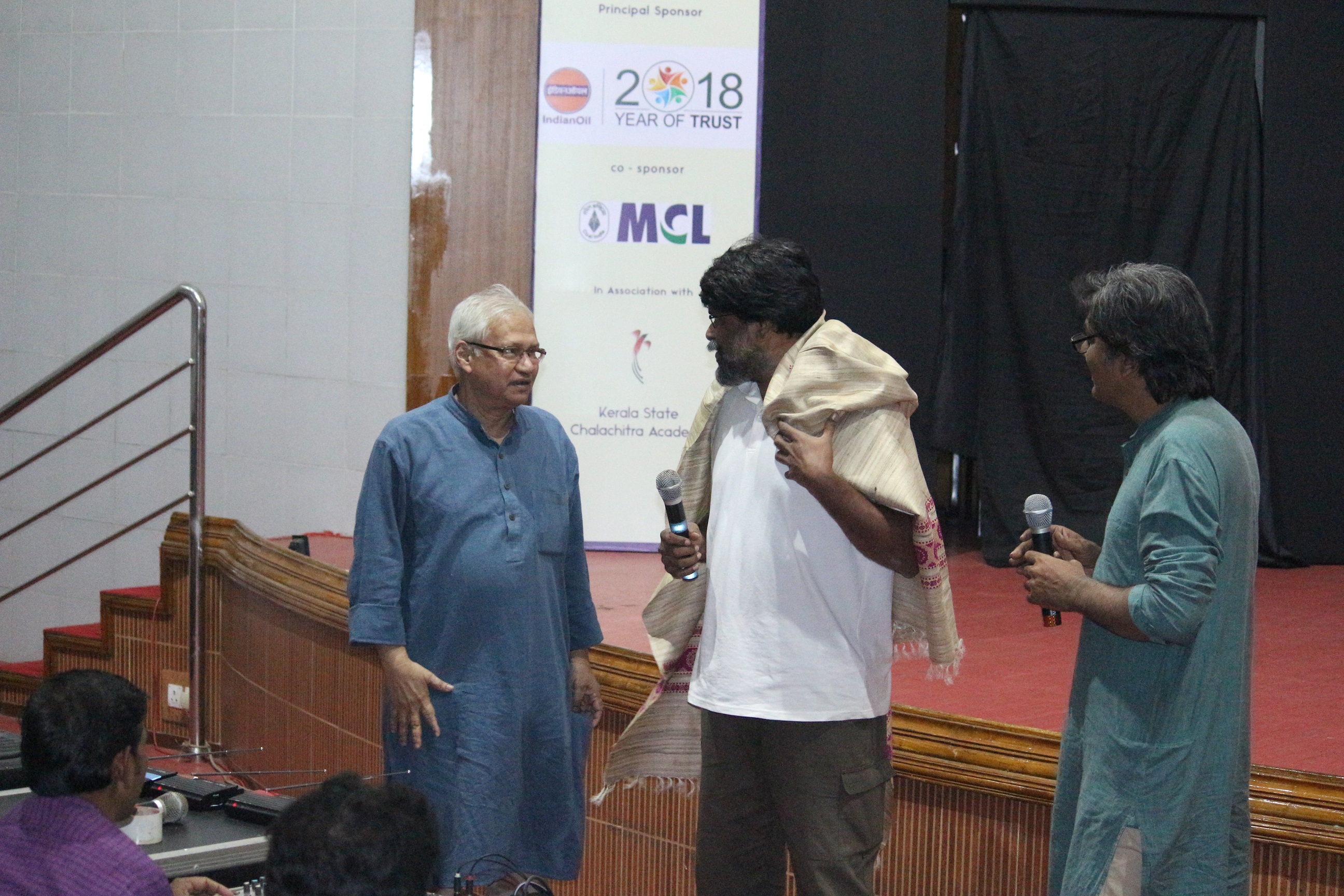 The fifth day of 9th Indian Film Festival Bhubaneswar started with an early morning photo walk with ace photographer Ramu Aravindan on Sunday. Photography enthusiasts were taken to Lingaraj temple to shoot near Bindusagar lake. At the auditorium Sanjib Dey’s movie III Smoking Barrels (2017) was screened at first. It is a 127 minutes movie. The film is an anthology of three stories from Far East India, each exploring a different stage of human life. The movie was filmed over two years in various politically sensitive areas of North-East.  Next in the row was Mohit Takalkar’s Hindi movie ‘The Bright Day’(2015). It was a 94 minutes movie. It’s a movie about a carefree boy who had no set goals and whose nagging parents undermined him. One final day he decides to run away from home, he is in search of something but isn’t sure of what he is seeking. In his journey he explores the meaning of life.  The 2016 movie Kaasav by Sumitra Bhave and Sunil Sukthankar was the fourth one. This 105 minutes Marathi film. It is a story of a divorcee Janaki who is trying to find a meaning for her life, accidentally meets a young man Manav and tries to create a non-judgemental, non-intrusive, warm atmosphere to help him boom. The day winded with Vidhu Vincent’s Malayali movie Manhole (2016). The protagonist Shalini here belongs from the lower strata of the society and faces social antipathy when her identity as a daughter of a manhole worker is revealed. It shakes her faith in the course she has followed in life and she decides to fight against the no exit situation in which those engaged in scavenging are caught in. in the retrospective series G. Aravindan’s 1979 release ‘Estheppan’ was screened. The movie is about Estheppan, a fisherman who resides at a village in Kerala. It goes in the form of a narration about his stories by other fishermen about his miraculous healing abilities. His disappearance creates concern among the villagers who were consoled by the priest of the village.

A panel discussion was moderated by Swastik Chaudhary, on the topic ‘Independent Cinema in Odisha’ with eminent film maker Amartya Bhattacharya, Directors Sushant Manu and Sushant Mishra as the panelists. Mr. Mishra gave his opinion that there is nothing as such as independent cinema but opined that parallel cinema is something that one should know about.  Mr. Bhattaacharya said “I request my media friends to send out the message to encourage independent film making and revive art cinema”.

Meanwhile at Zona G. Aravindan’s Anadi Dhara an English documentary of 1988 was screened. The 61 minutes long film is about the folk dances of India. Though it is not intended to list the various folk-dance forms in different areas of the country since no single film can ever aspire to cover the sub-continent in its entirety.

The schedule for Monday will have the following films to be screened- ‘Chitrokar’ (2016) a Bengali film by Saibal Mitra, an Ektaara Collective Hindi film ‘Turup’(2017), ‘Pokkuveyil’ (1981) Malayalam movie by G. Aravindan, ‘Kutramme Thandannai’ (2015) Tamil film by M. Manikandan, ‘Maj Rati Keteki’ (2016) Assamese film by Santwana Bardoloi. At Zona, ‘Uttrayanam’ (1974) Malayalam film by G. Aravindan followed by a talk with Namrata Joshi on ‘ The role of Media in Developing Cinema Culture’ moderated by Amartya Bhattacharya will take place. G. Aravindan’s Thampu(1978) and ‘Vasthuhara’ (1990) Malayalam films will also be screened.