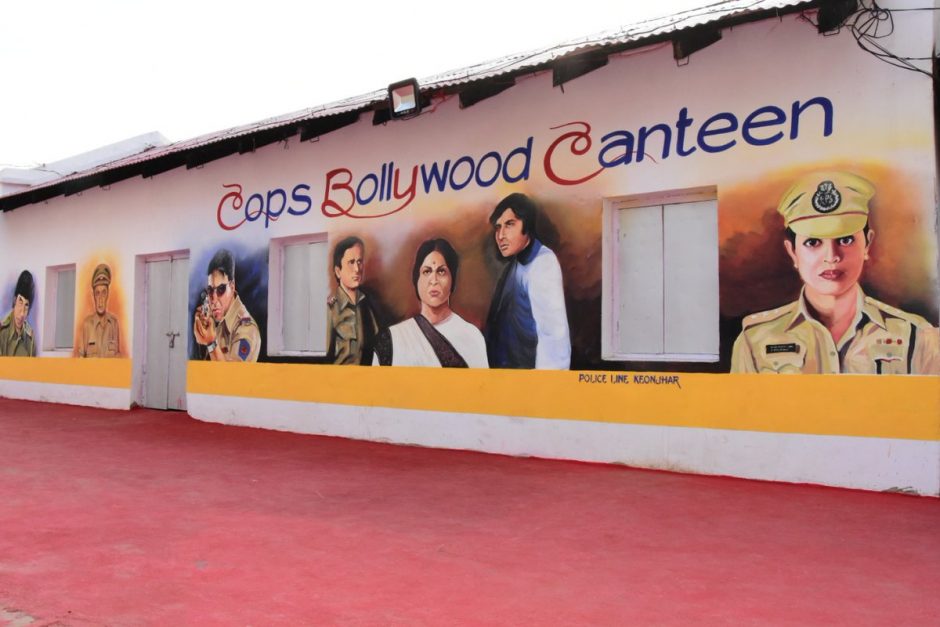 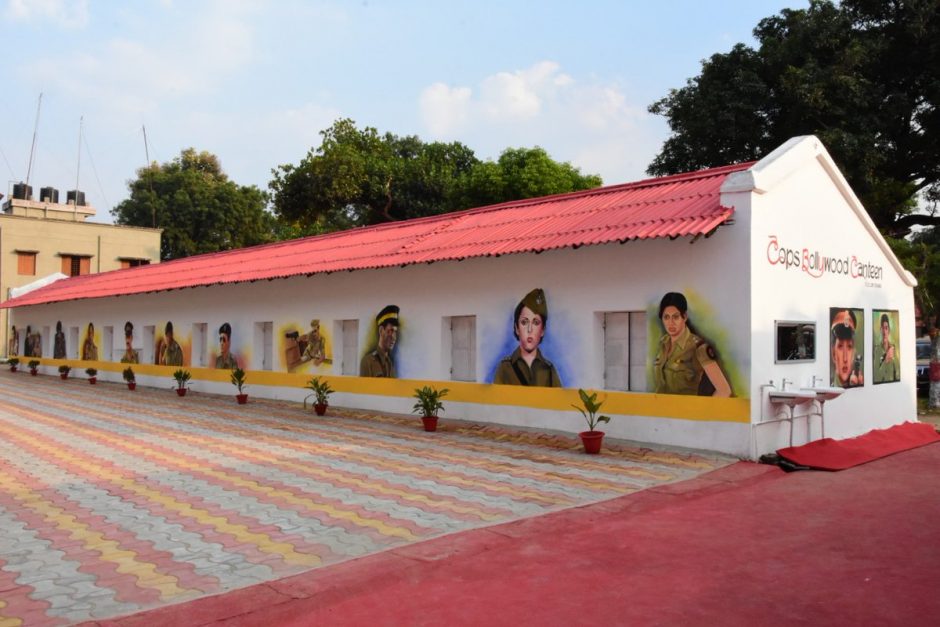 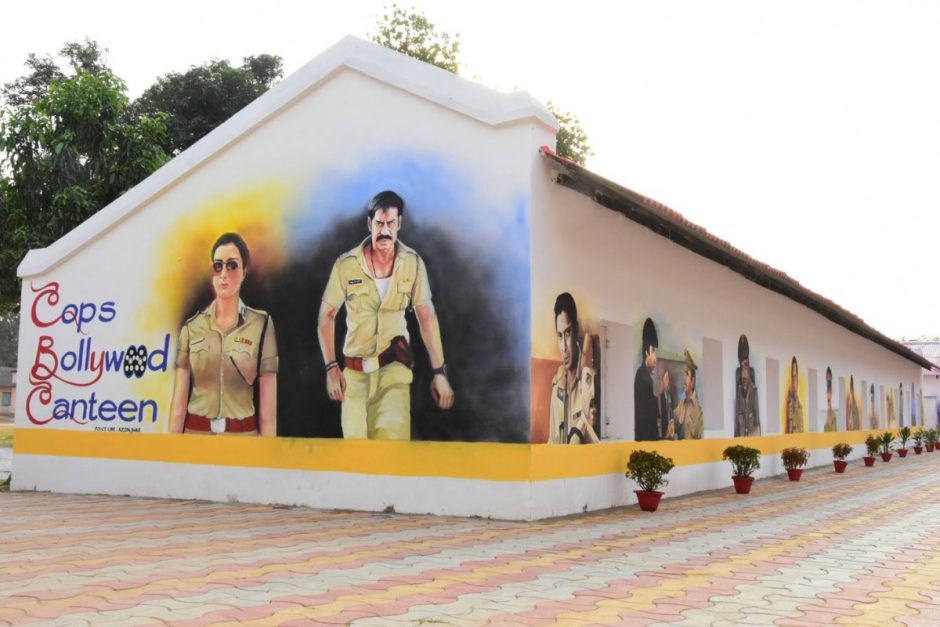 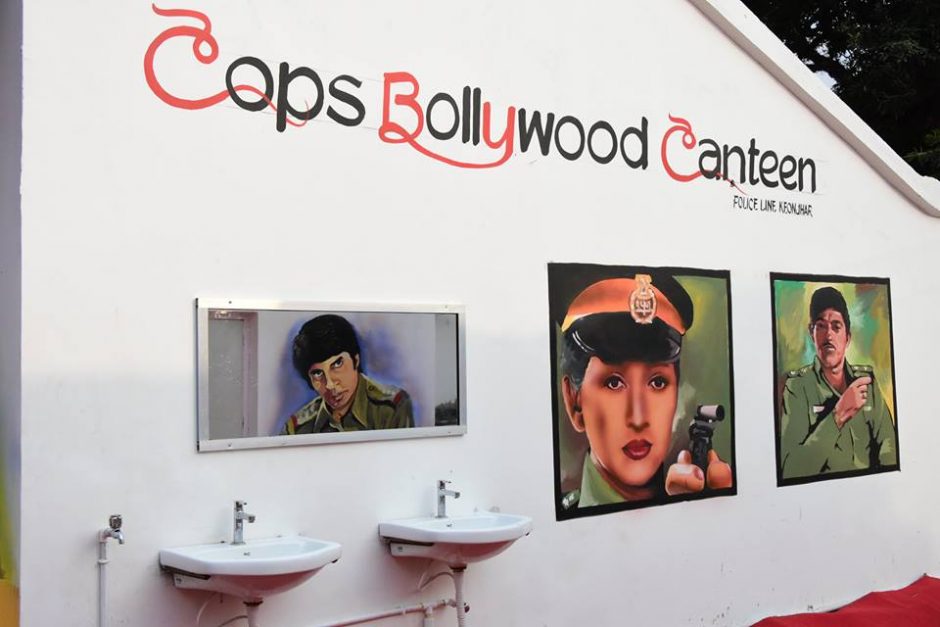 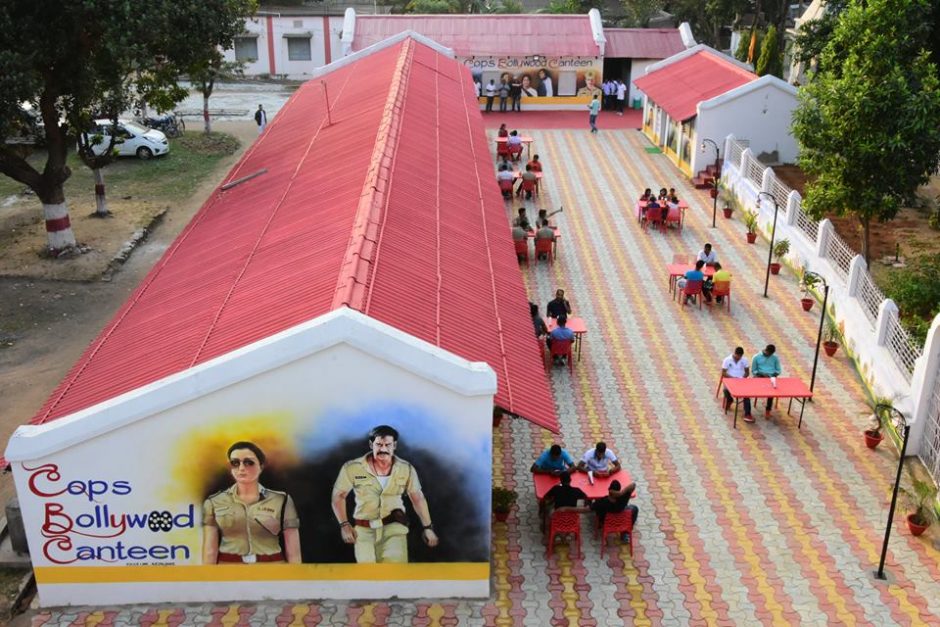 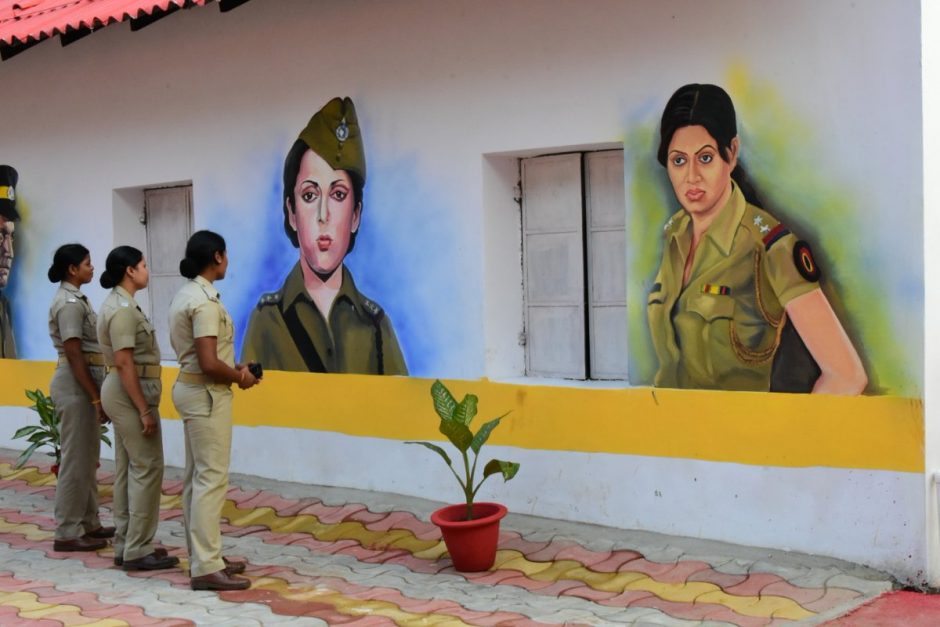 An open air canteen themed on “Police in Bollywood” and christened as Cops Bollywood Canteen was opened in Reserve Police Line Keonjhar. This is an open air canteen located adjoining to pond, children’s park and temple. There are few canteens/restaurants in India which are themed on Bollywood and some are also themed on Police. However, this would be first of its kind themed on “Cops- Bollywood Combo”. The purpose of opening this canteen is very light and simple.
1. Apart from serving snacks/beverages etc., this place would provide a cool “hangout place” for police personnel to de-stress them from their rigorous and stressed routine life.
2. It would help police personnel in boosting their morale and recognize their importance and responsibility in our society.
3. It would highlight the long relationship/bonding between police characters/stories and Bollywood in fight against the evils/crimes.
4. It would inspire the children to consider their future career in Khaki and become “good cops”.
5. Famous Bollywood women police characters would inspire girl children.
6. It would help cementing the police-public relationship.

Characters are so chosen that both young and old generations can connect themselves. As far as possible all major iconic police scenes/character from Bollywood have been accommodated. Like: