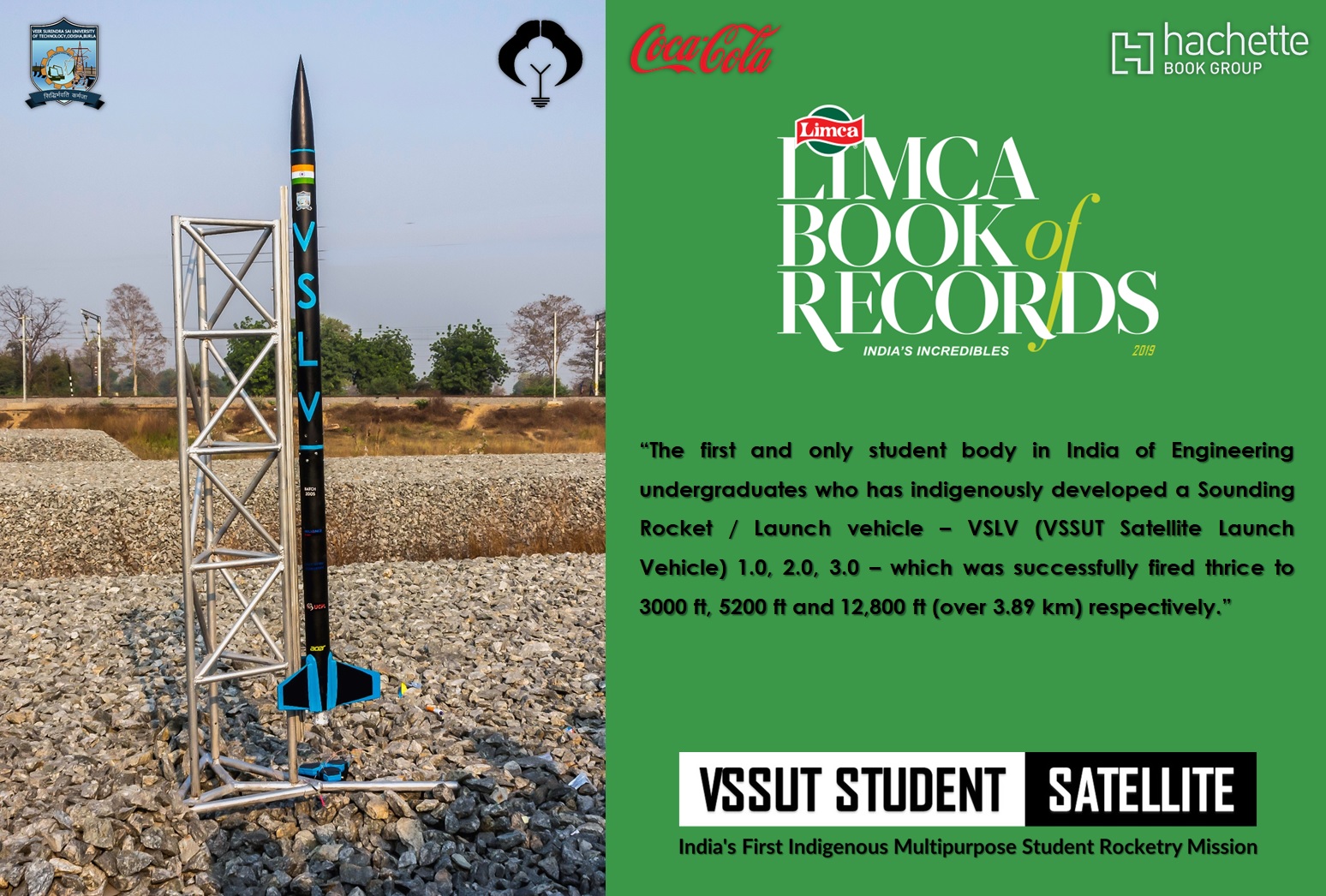 The students of Veer Surendra Sai University have reached yet another milestone. The Idea Innovation Cell has registered VSLV in the Limca Book of Records creating history. VSSUT is officially the first and only Student body in India to indigenously build and successfully launch sounding rockets (VSLV).

“Veer Surendra Sai University of Technology, Burla Dist, Sambalpur, Odisha is the first and only student body in India of engineering undergraduates who has indigenously developed a sounding rocket / launch vehicle –VSLV (VSSUT Satellite Launch Vehicle) 1.0, 2.0, 3.0 – which was successfully fired thrice to 3000 ft, 5200 ft and 12,800 ft (over 3.89 km) respectively. Flight data was collected via onboard avionics and altimeter measured the apogee of the rocket. The data was then translated to create the flight profile. The latest launch was made by a 1.5 m rocket weighing 6 kg at 08:31:53 on 30 March 2018. Prof. Debadutta Mishra is the Mentor of the project.”

It has been acknowledged by Ms. Vijaya Ghose, the Chief editor of Limca Book of Records. The record will be published by the end of the year, in the upcoming 2019 LBR edition. Certificate will be issued thereafter.

The scrutiny process took over 6 months. Within this period of time there were many examinations to be verified about its authencity. Finally the team was granted the record, and recognised by the publishers CocaCola & Hachette.

The team also previously holds an India Book of record for the same feat.

VSSUT is collecting accolades in all fields and is becoming a pioneer in education and technology. It is a premier institute, creating an ecosystem of booming Innovation in Odisha.