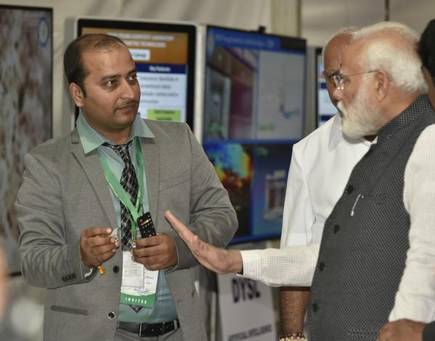 As per this article in The Hindu , Parvathaneni Shiva Prasad of the Research Centre Imarat (RCI) and Ramakrishnan Raghavan of the Defence Metallurgical Research Laboratory (DMRL) have been chosen to head the newly launched ‘Young Scientists Laboratories’ or DYSLs formed by the Defence Research & Development Organisation (DRDO) to start focused research in advanced technologies.

Prime Minister Narenda Modi had dedicated these labs to the nation on Thursday. And, as per the norms both the scientists are below 35 years of age and will be wholly independent directors of their respective labs akin to the existing heads of other DRDO labs.

34 year-old Mr. Prasad, an alumnus of NIT Rourkela and hailing from Khammam, has been selected as Director of the Asymetric Technologies Lab based near IIT-Kharagpur will be specialising in nano-technologies, unmanned aerial vehicles, drones, cyborgs and so on with focus on low cost products. He is currently doing his Ph.D with the Indian Institute of Science, Bengaluru.