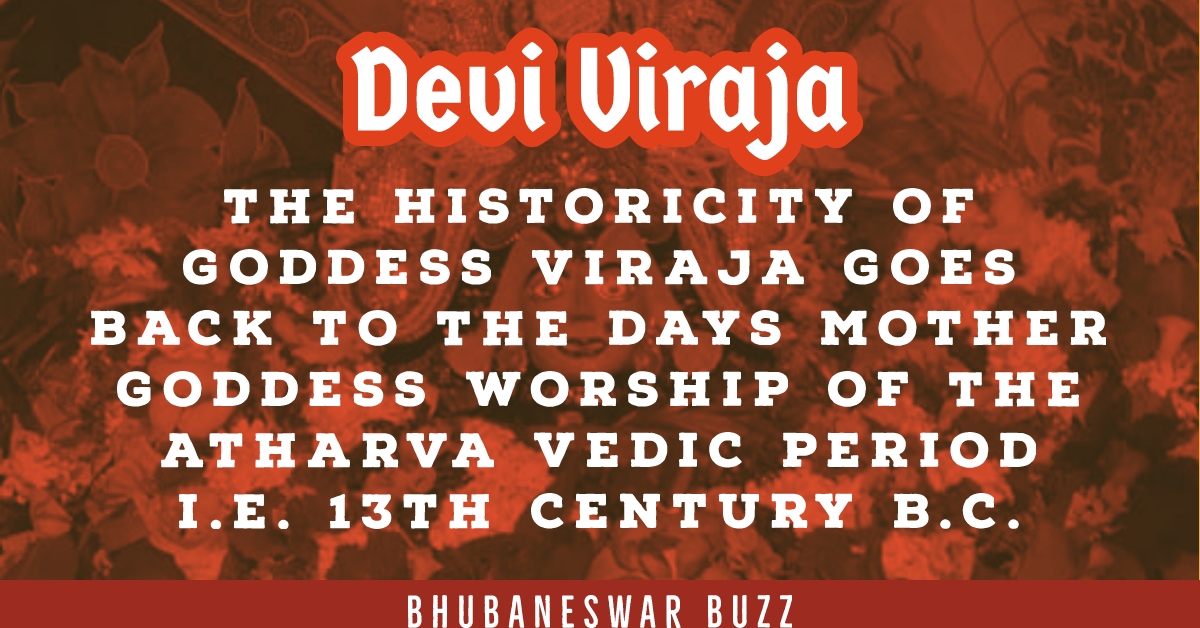 The origin of the Goddess Biraja, though obscure, the halo of myths, the primitives archetype of human history springing from collective consciousness through ages, surrounds it and is transmitted to the generation down from the pre-Christian era. The different appellations like PRAJNA PARAMITA, the celebrated daughter of AJYAPA PITRA, SABITRI, the venerated mother of the vedic king Jajati and MAHISHAMARDINI by which she is adored rather worshipped at different ages of history, have become more than a register of triumph and decline of different dynasties with the rise and fall of religions in this ancient part of our country. 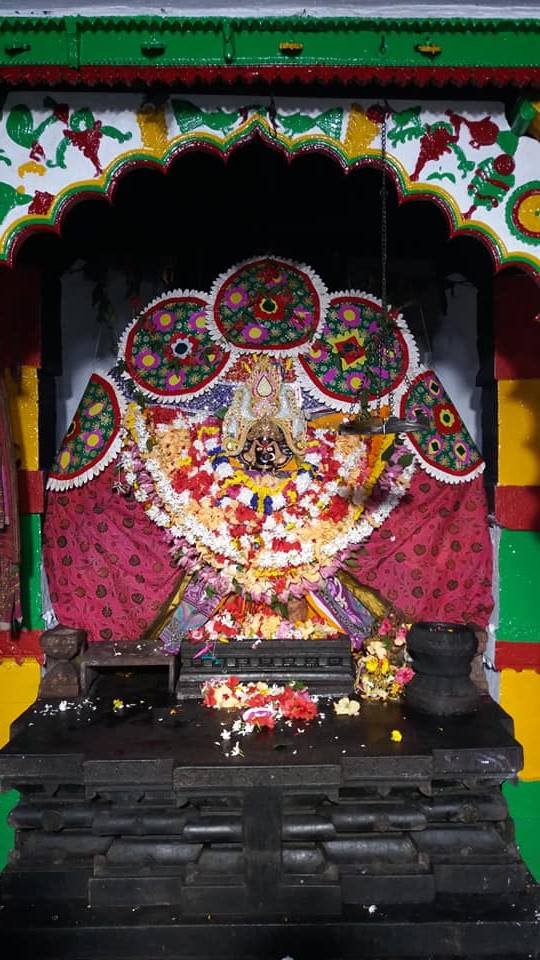 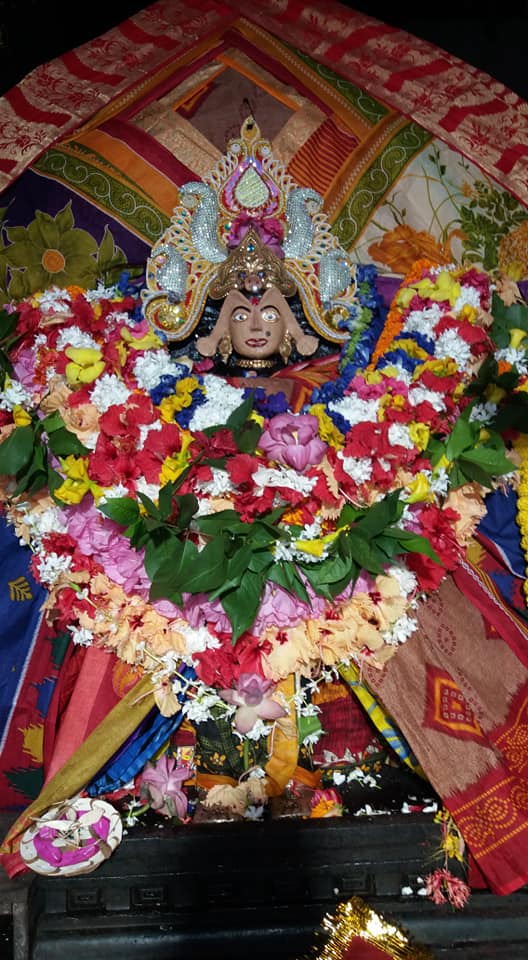 The Buddhist religious scripture “Datha Vansa” mentions that Guhashiba ruled Kalinga during the 3rd century AD, his capital being Khadipada near Jajpur. Since those were the hey days of Buddhism and “Bahayan” was emerging as a paramount sheet associated with “Tantra” cult Guhashiba, the Buddhist king decided to call the Goddess Biraja, the presiding deity of the region, Prajna Paramita, with a view to gaining the support of the populace irrespective of religious differences.
During the latter half of the 6th century, a copper plate was found in Paralakhemundi, bearing the name of the Goddess Biraja. The plate had been donated by Prithivi Maharaja, who according to some scholars, held his sway over Biraja Kshetra for a very short period in history.
The iconographic details of the deity, the two armed Mahisamardini, if closely studied with the buffalo demon can safely be assigned for existence to the pre-Gupta period.
In this context it is worth mentioning that R.P. Chand, the historian traces the origin of the Goddess to the pre-Christian era.
The artistic excellences of the image are unique. She holds a trident in her right hand plunging it forcefully into the demons breast, while pulling, at the same time the tail of the demon in her left hand. The lion is conspicuous by its absence. The prototype of the image is nowhere found all the country over.
It is interesting rather puzzling to note that no architectural evidence relatable to the Gupta or pre-Gupta age is seen either on the body of the temple or in the campus except that an ornamented doorway affixed to the main gate which is said to have been transported from Kalasapur village situated one mile away from the present temple, where the Goddess, according to the local tradition was being worshipped in a flat rooted temple. Archaeological ruins scattered over the site bear testimony to it.
Bhaumakaras who ruled Kalinga from Jajpur or Biraja Nagar from 736 AD to 950 AD, not with standing their leanings towards Buddhism looked upon the Goddess as Prajna Paramita used to after prayer and sacrifice not for eternal life but for tangible advantages here on earth like victory in battles and smooth sailing of the kingdom.
Somavansi Kesharies brought about the downfall of Bhaumas and shifted their capital from Suvarnapur to Jajatinagar or Avinav Jajatinagar, the modern Jajpur, Chandihar Jajati (Jajati II) created a culture of some basic unity giving life mobility and significance by way of organizing a great Brahminical sacrifice, Dasaswamedh Yajna with ten thousand priests all well conversant with vedic rituals. The legend transmitted from generation to generation sounds true and authentic. After one thousand years when the Brahmins at Jajpur extend offerings to their forefathers from Kanauj when they engage in shradha karma to propitiate their forefathers even today.
It is worth mentioning that the famous Chinese traveller Yuan Chwang, during his visit to the Buddhist sites at Chattu Pitha in 638 A.D. mentioned Jajpur as the capital of Odra where he witnessed a good number of temples and monuments in and around the metropolis of Biraja.
Profound, too, is the myth of Biraja, the great mother. To the people of our state, she is not only the symbolic representation of the shakti cult, but also the symbol of that mysterious creative power, which produced the earth and every living things and of the maternal tenderness where by, at what ever cost to the mother, the young new life is nurtured to maturity.