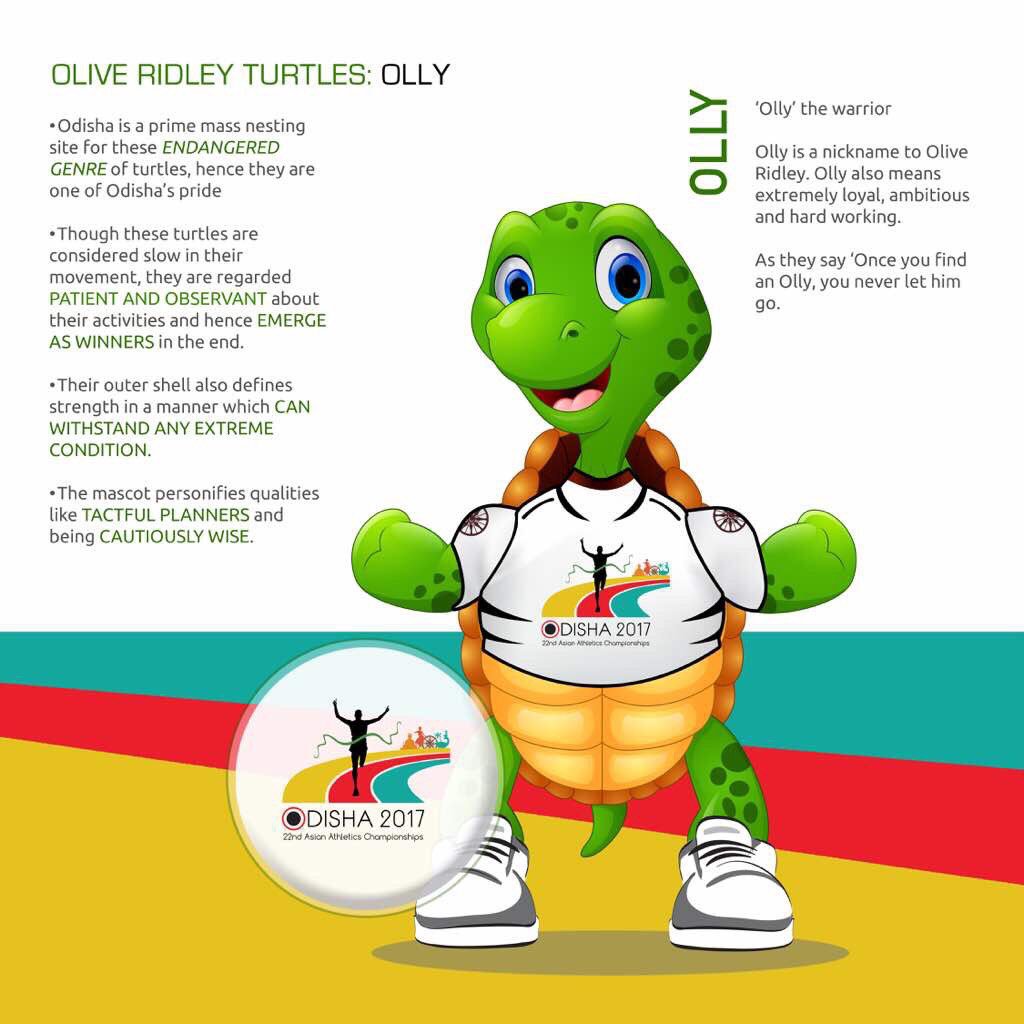 Chief minister of Odisha Naveen Patnaik unveiled the logo and mascot of the Asian Athletics Championships scheduled to be held at Kalinga Stadium from July 6 to 9.
While the logo depicts an athlete crossing the finishing line with historical tourist attractions of Odisha in the backdrop, the mascot is named OLLY that represents the famous Olive Ridley sea turtle. Beaches of Odisha are a prime nesting site for these endangered sea turtles.

ore than 700 athletes from nearly 45 countries would participate in 42 sports events during the four-day sports extravaganza.