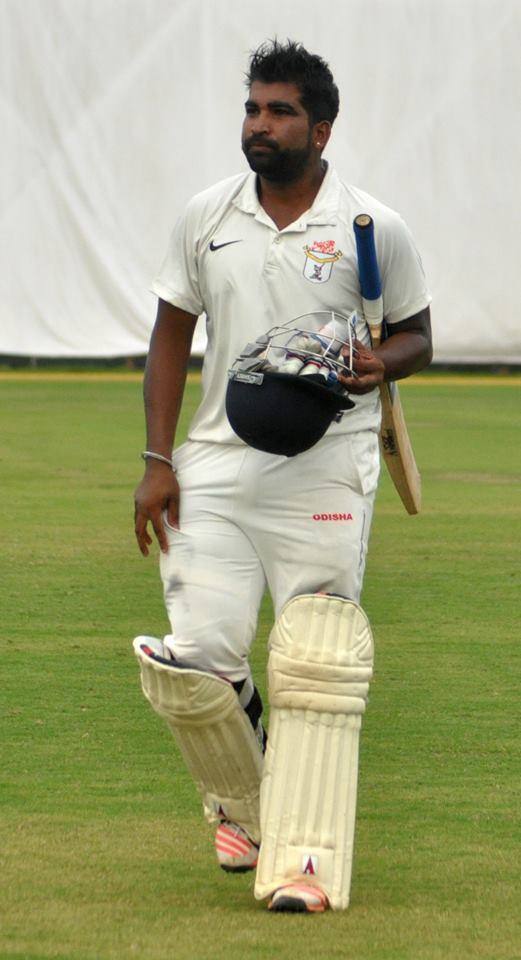 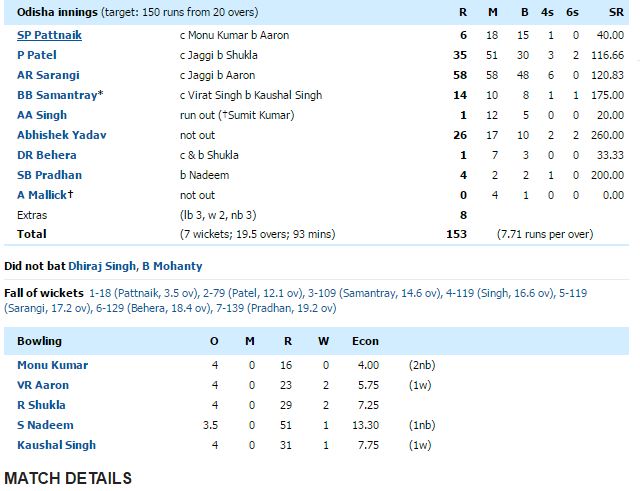 Anurag Sarangi’s 48-ball 58, and a cameo from Abhishek Yadav, who struck an unbeaten 26 off nine deliveries, helped Odisha chase down a target of 150 with three wickets to spare against Jharkhand in Kolkata. Odisha were in a promising position at 79 for 1 in the 13th over before they slumped to 119 for 5 by the 18th over. With only four balls left in the game, they were 139 for 7 before Yadav pulled the side out of trouble. He struck two fours and as many sixes, helping Odisha reach the target with a ball to spare. Earlier, opener Ishank Jaggi (47) and Kumar Deobrat (44 not out) helped Jharkhand recover from 27 for 2 to 149 for 5 after being put in to bat. Odisha’s bowlers, however, were also profligate, contributing 20 extras to Jharkhand’s total.