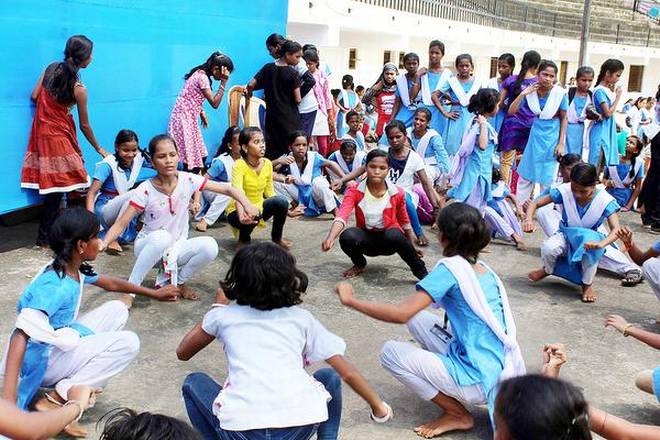 A sports tournament of a different kind has been organised in Berhampur to promote traditional rural games for girls.

Due to urbanisation, these rural community games have been losing their sheen. So the Madhumaya Panigrahy Foundation (MPF) has organised this tournament in Berhampur, where around 400 girls are competing in six different events.

According to Hrushikesh Panigrahy of the MPF, their aim is to select around 20 girls. The selected girls would be trained to perform a dance ballet related to the ‘Kumar Purnima’ festival of the State.

The steps and movements of rural games would be made an integral part of the dance ballet.

The first ballet performance would be held in Berhampur during the ‘Kumar Punei Janha Lo’ cultural programme of the foundation on the day of ‘Kumar Purnima’ on October 5.

The troupe will also perform in different parts of the State and outside to popularise the dying rural games, said Mr. Panigrahy.

According to Prafulla Jagannath Padhy, a veteran sportsman and chief organiser of the tournament, most of the rural games were aimed at enhancing the strength and stamina of women folk who were earlier confined to the interior of their homes.