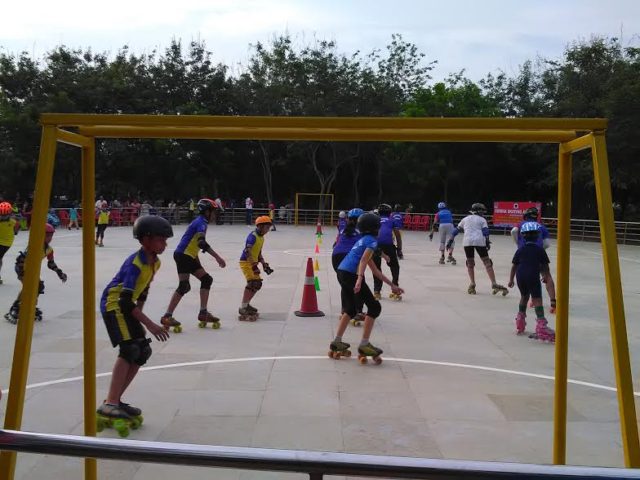 The first skating rink in bhubaneswar was inaugurated at Madhusudan Das Park, Pokhariput as a gift for the sports enthusiasts of the Temple City. It is developed by the Bhubaneswar Development Authority (BDA). The facility is planned with an aim to popularise the skating related activities across the city.