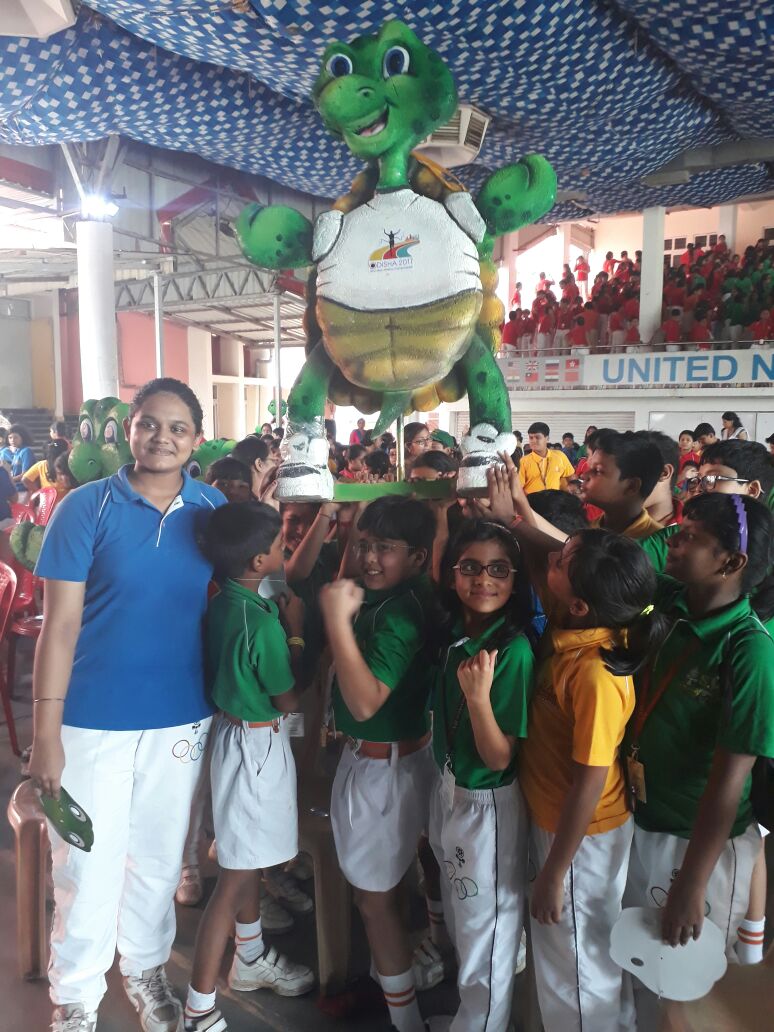 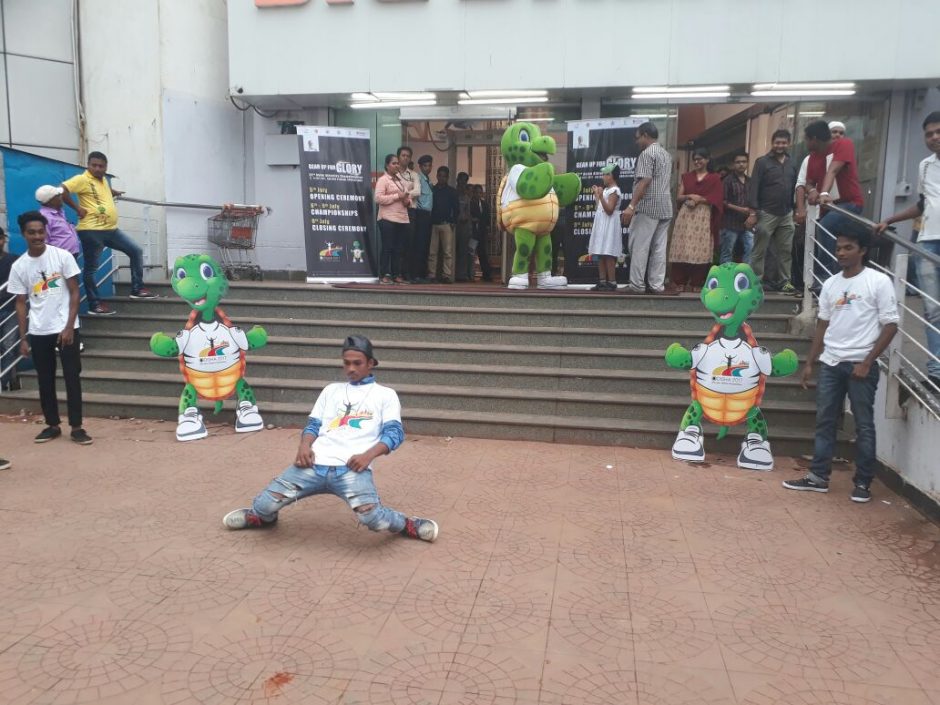 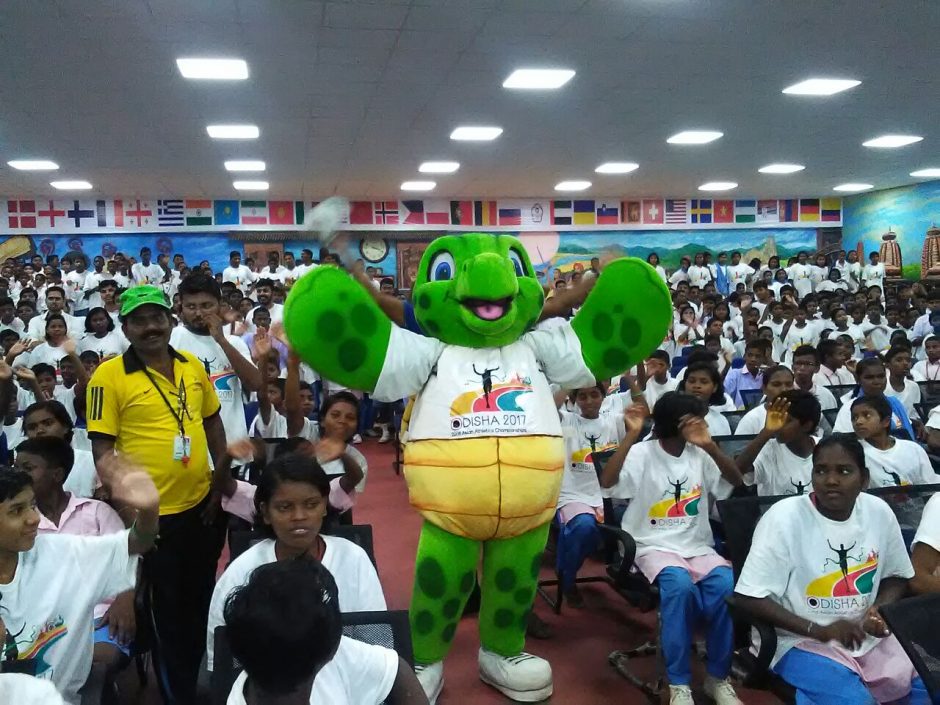 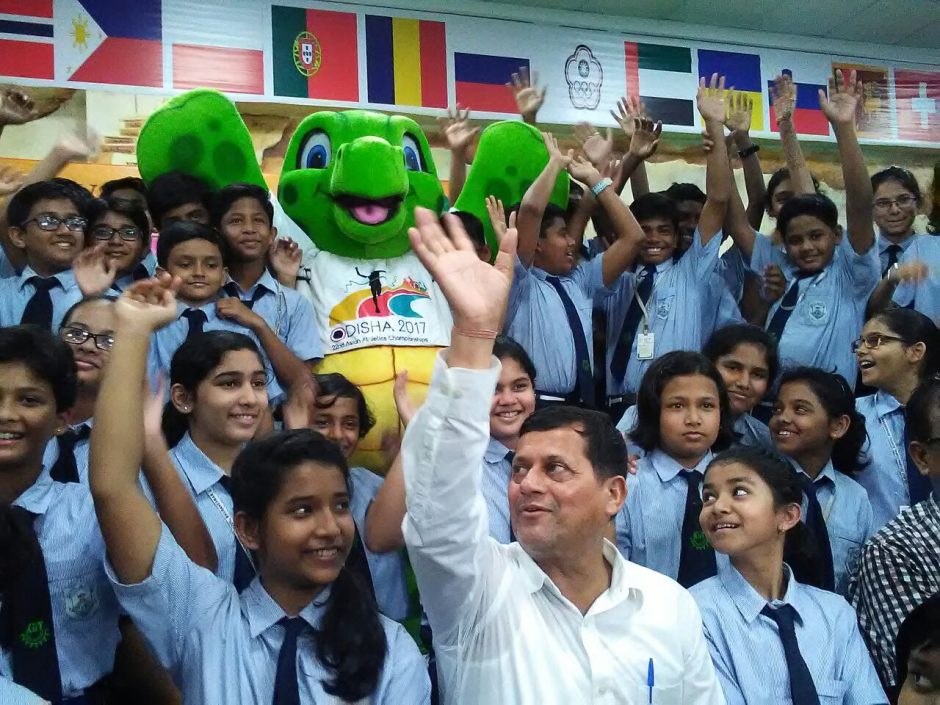 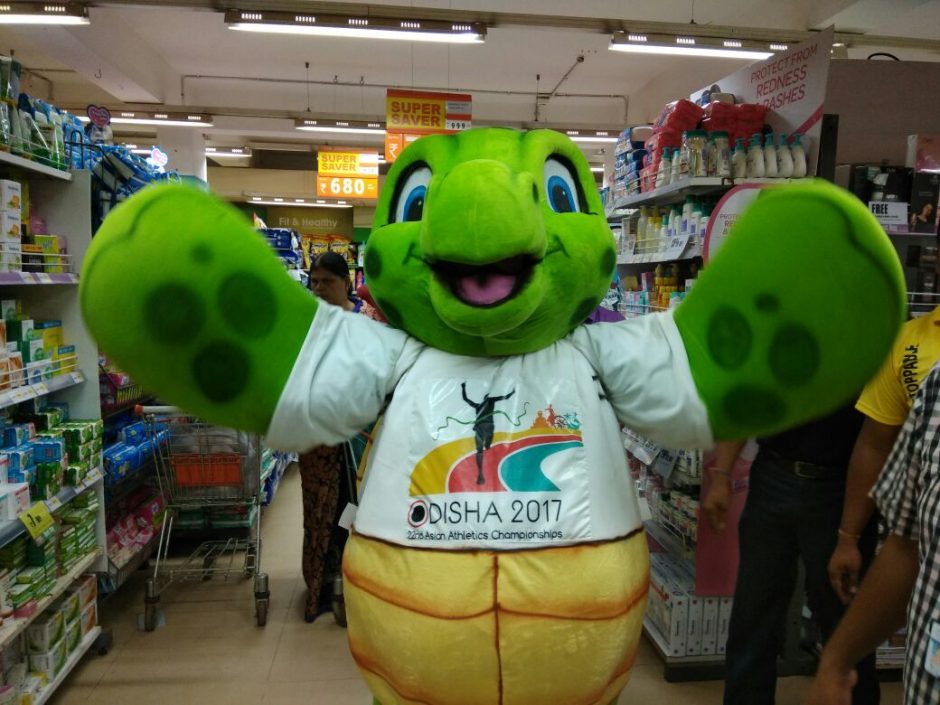 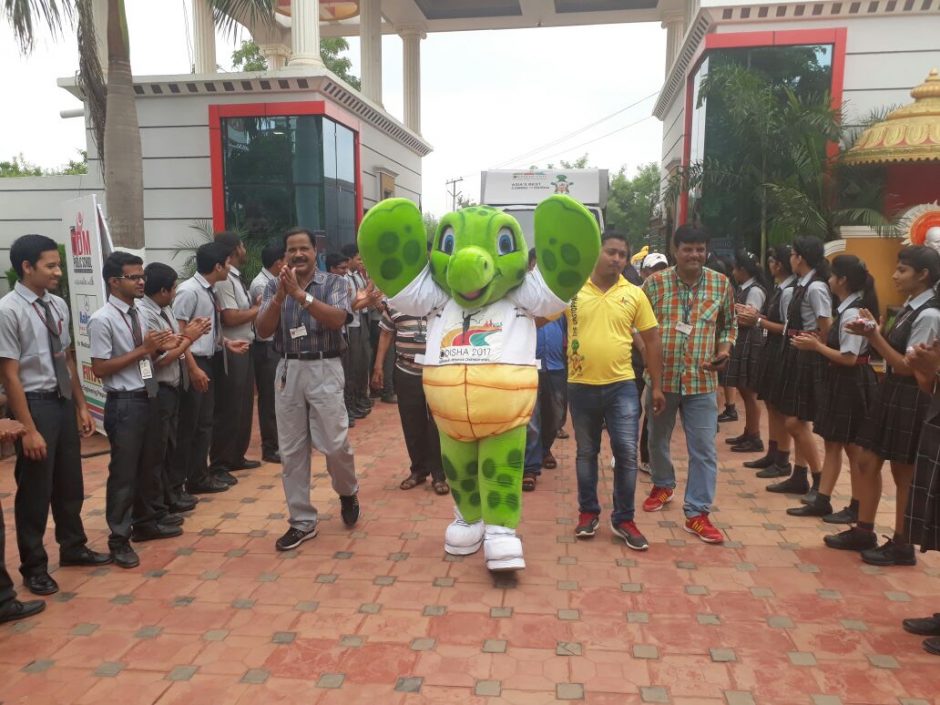 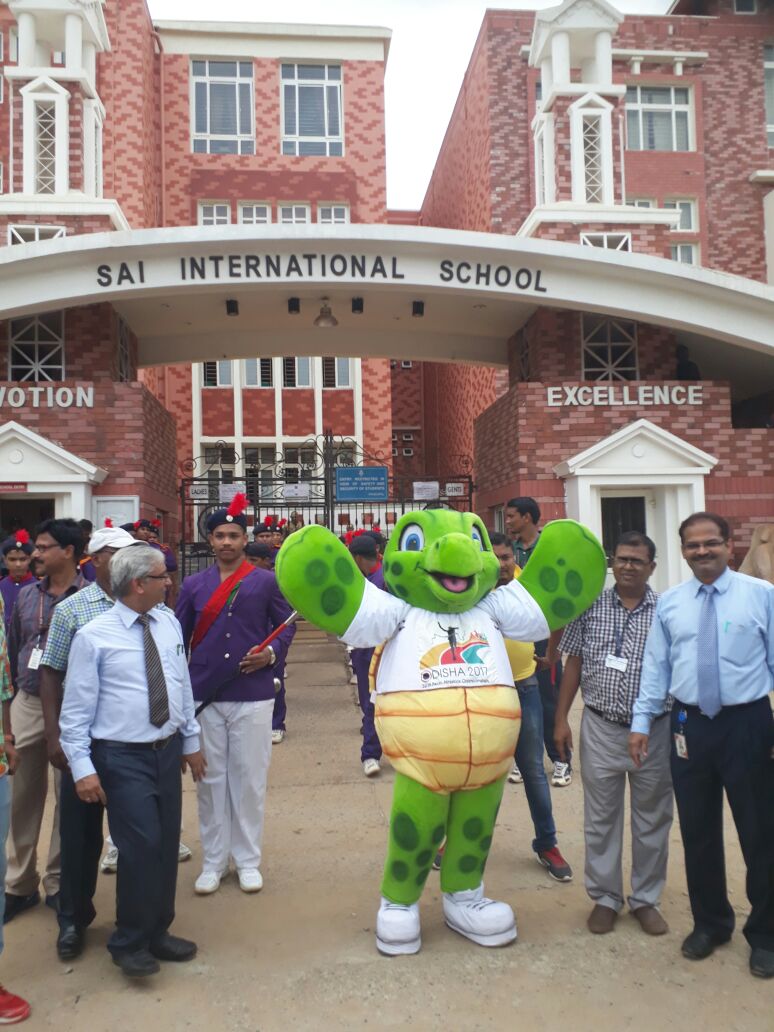 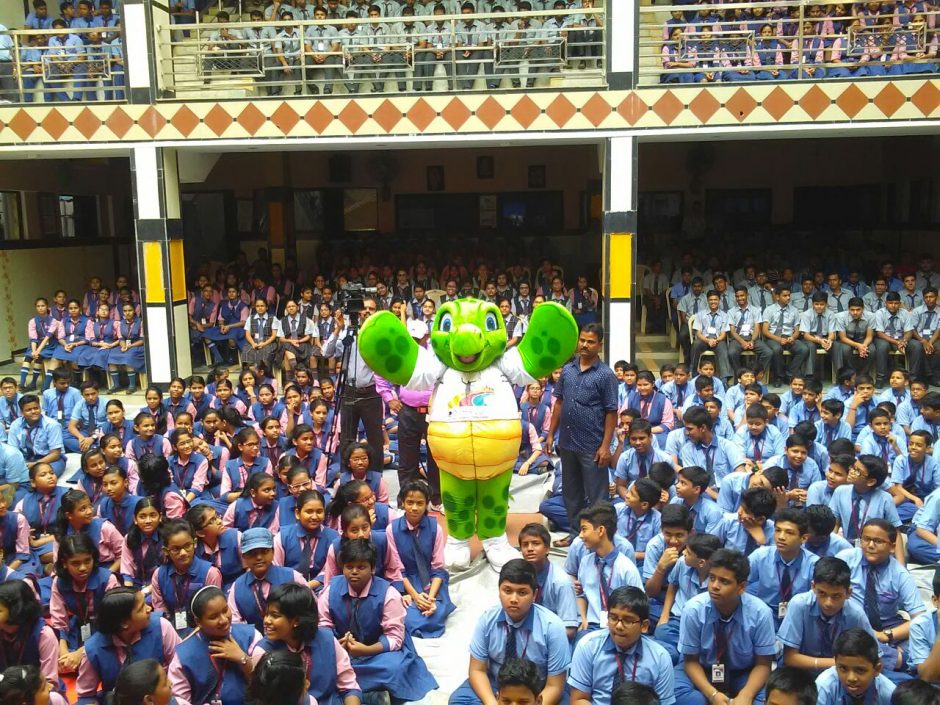 Olly the beautiful mascot of 22nd Asian Athletics Championships (AAC-2017) on its first day of the social connect programme in the City received overwhelming response from the educational institutions and a public event at a mall near Patia.

On its entry near each institution i.e. SAI International, ODM Public School and KIIT University the mascot was given special welcome as the students extended support in large numbers and institutional bands were present at Sai International and KIIT University. The students of KIIT and KISS formed a huge human chain from the main entrance till the Sport Complex where a special welcome session was held.

Welcoming the mascot, student band of SAI International School played a perfect symphony while escorting Olly from their main gate to the auditorium, which was jam-packed with thousands of students. Apart from a brief musical programme, they were also shown two short videos on the 22nd Asian Athletics Championships-2017 and Kalinga Stadium’s transformational journey in three months’ time. Souvenirs like T-shirts, Olly masks, badges were distributed among students as a token of generating interest among them.

At ODM Public School Olly- the mascot was received by the students and school authorities and later had a fun time with thousands of students from different age groups. Souvenirs like T-shirts, Olly masks, badges were also distributed there.

A grand welcome was accorded to the beautiful mascot at the Sports Complex of KIIT University, by thousands of students from KIIT Group of Institutions including KISS, budding athletes, faculty members, administrative staff and founder Dr. Achyuta Samanta.

The KIIT Band in their traditional best welcomed the mascot and the students escorted Olly to the sports complex auditorium amidst thunderous applause. Students of different institutions of the varsity had a great time with Olly – the mascot, as they formed a beeline to take group selfies with Olly. Souvenirs generated much more interest among all the students at KIIT University.

The final destination of Olly on the first day of people connect drive was in front of Big Bazaar store, Patia, wherein hundreds of people gathered to have a glimpse of Olly and take pictures with it. Apart from a brief musical programme the flash mob and dancing skills by solo performers of Dance WorkZ group attracted huge crowd, especially youth, in the concluding event of the social connect programme of the day.