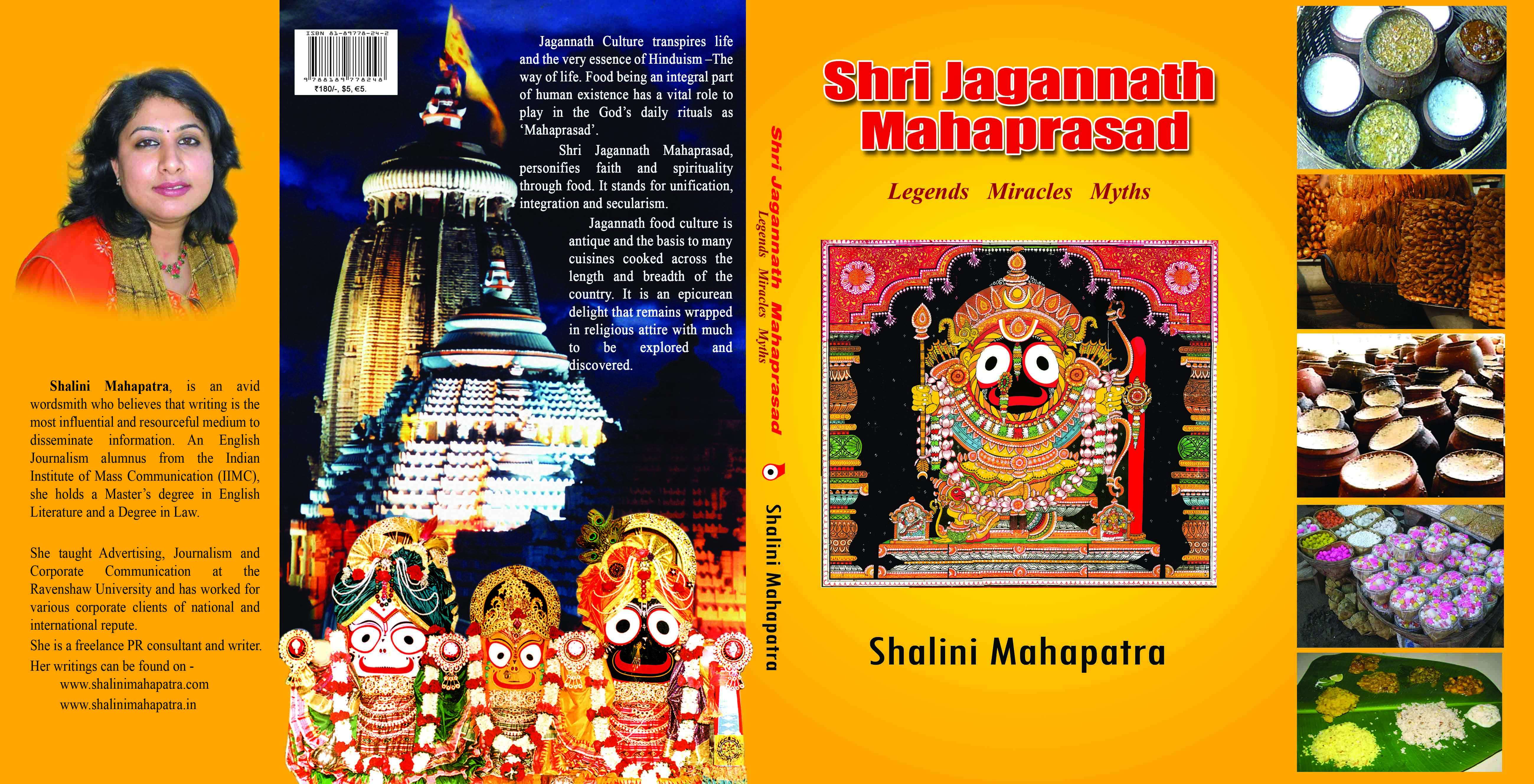 This Ratha Jatra, Sree Nilachala Seva Sangha, Jagannath Temple, Hauz Khaus, New Delhi has extended its effort to popularising the essence of Jagannath culture by releasing an English book, “Shri Jagannath Mahaprasad Legends Miracles Myths” written by Shalini Mahapatra. The attempt to release an English manuscript is to disseminate Jagannath consciousness amongst masses across India and beyond. The author has proclaimed the entire royalties of this book to  be donated to the Corpus Fund of Lord Jagannath, PURI DHAM.

The book is available at the Jagannath temple and is a conscious endeavour to take Jagannath culture and its cuisine beyond vernacular limitations. The book is written in very simple English, explaining the origin of Jagannath culture, its daily rituals and the rich food culture that has evolved over centuries and spread across India and beyond .

A close look at the various sweets and savoury dishes served to the Gods, recognizes the migration of food from the Eastern shores of Puri to across the Indian subcontinent and beyond. Much accepted as part of other Indian cuisines, many food preparations have their epicurean history rooted to the ancient Jagannath food culture which as per records can be taken to 12th century AD when the present temple was built or even beyond.

A peep into the Gods’ kitchen, serving a daily platter of 56 food assortment ; prepared with the assistance of 1000 cooks ,gives us an overall understanding of how a balanced and healthy diet can be taken on a daily basis. The main cooking technique used to prepare the food in the temple is boiling, steaming and baking, that makes it antique, healthy and adheres to simplistic cooking principles mentioned in the Ayurveda.

The book also shares some popular myths and legends that have been passed on from generations. There may be numerous variants of these legends.

Sree Nilachala Seva Sangha, New Delhi is dedicated to spread Jagannath consciousness and to popularise the rich heritage and culture of Odisha.

Sree Nilachala Seva Sangha, New Delhi is responsible towards the daily chores of the God  and preservation of the Jagannath Temple at Village Road ,New Delhi .The wooden idols of Lord Jagannath along with his brother Balabhadra and sister Subhadra are enshrined in the beautifully maintained pristine white temple premises. The oldest Jagannath temple in NCR , it is famous for the annual Rath Jatra festival, drawing a human amalgamation  of around two lakh devotees from all walks of life .The worship procedures, practices, sacraments and daily rituals are performed and maintained as per traditional Jagannath culture.