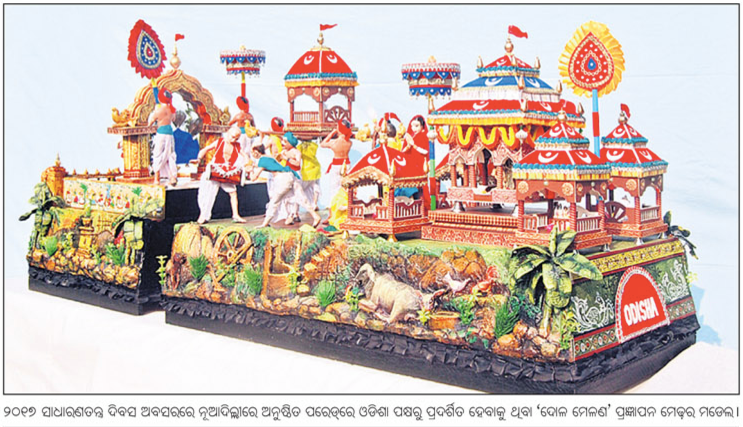 Odisha’s popular festival Dola Jatra observed around Holi will be the theme for this year’s tableau at the Republic Day parade in New Delhi. The model is being prepared in Delhi by top artists of the state.

The front part of the tableau will feature ‘dola jhulana’ scenes where Lord Krishna idols will be seen being cradled on swings. The portion at the end of the trolley will include a number of ‘bimanas’ on which Lord Krishna idols are carried from door to door during the Dola festival. Lifesize models of women welcoming the group carrying the deity have also been created. In the mid part of the trolley artistes will be singing and dancing on Hare Rama Hare Krishna performing the traditional kirtan.