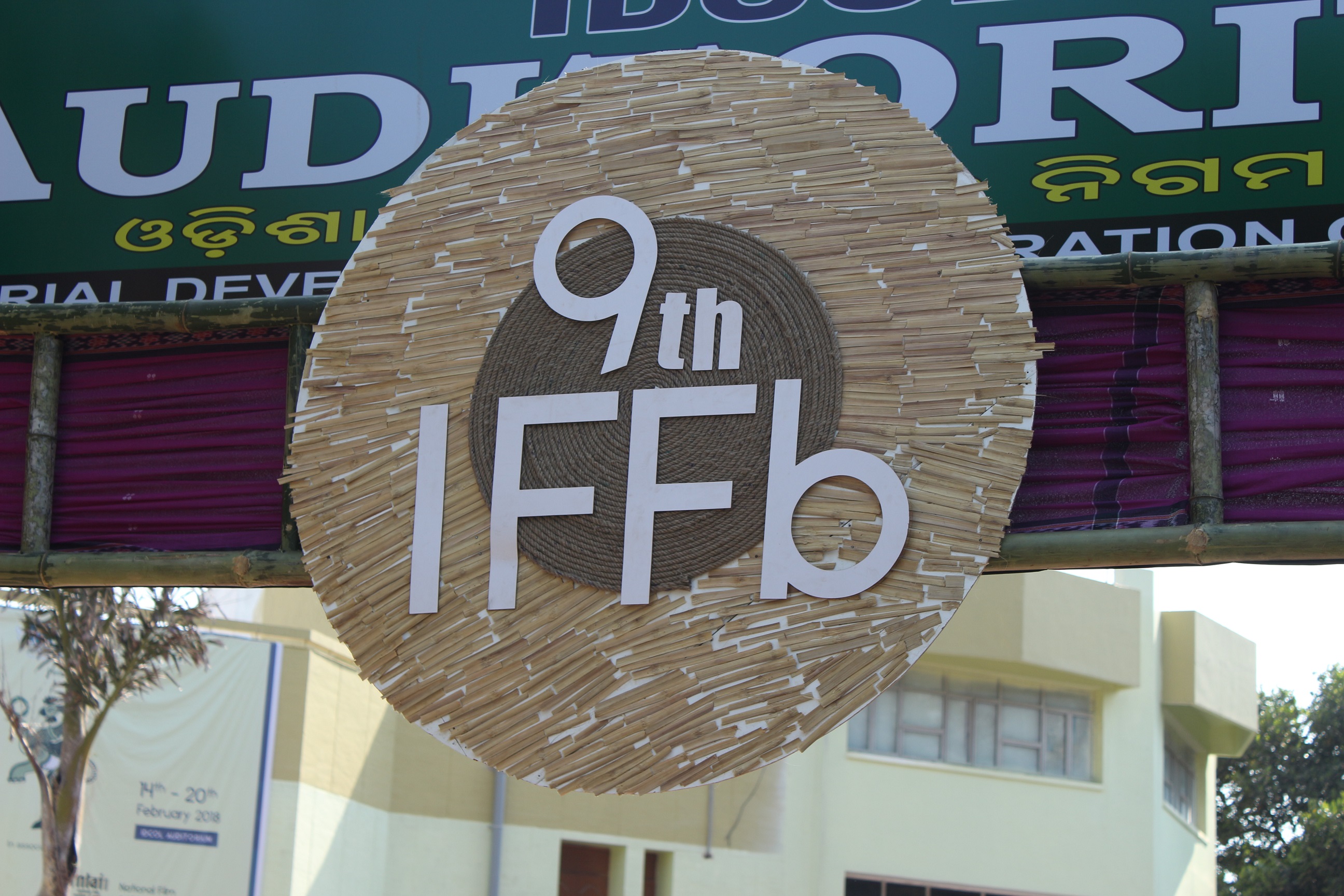 The second day of the 9th Indian Film Festival of Bhubaneswar began with the screening of Tamil film ‘Oru Kidayin Orunai Manu’ (One Goat’s Mercy petition) directed by Suresh Sangaiah. The 116 minute long movie portrayed the story of a newly married couple, Ramamurthy and Seetha. The film is set in the backdrop of a small village of Naduvapatti where the couple gathers the young and old of their village for a holy pilgrimage. They must sacrifice a goat raised by Rama’s no-nonsense grandmother, to fulfil her vow made to the family deity. However, when Rama takes the truck, carrying all their guests and ends up fatally running over a man, the people of Naduvapatti are left devastated. Caught in the dilemma of whether they should hide the body and continue on their way to protect the newly-weds or face the consequences of reporting to the police. The movie has also been screened at the Chennai International Film Festival.

The second session saw the screening of a short film and a documentary, both directed by Odia film-maker Lipika Singh Darai. The 21 minute short film, Waterfall, tells the story of a young city boy, Karun, who appreciates the value of the environment as well as thinks critically about climate change and development. On a trip to his ancestral home in the interiors of Odisha, he reflects on his relationship with a beautiful landscape and its relationship in turn with his city life. As the film unfolds the two young boys get deeply connected to the waterfall. Gradually they come to know of a disturbing news that the forests and waterfall they were exploring are about to be taken over by a company. The community of people living in the forests under the leadership of an old man has been standing up to safeguard the forests which have taken billions of years to form. While the documentary, ‘Some Stories Around Witches’ is a compilation of four stories of superstition around witch hunting.  The film does not deal with witchcraft as a practice. It depicts the humanitarian crisis surrounding the cases of witch hunting taking us closer to the people, who have been accused, ostracized, tortured and the circumstances that have led to it. The film primarily engages in three cases from different parts of Odisha, which finds resonance in other parts of the country as well. A teenage girl kills an old woman, thinking that she is a witch and the cause of her father’s death. A village turns into a mob over night to kill three people, a man and two women who were identified as witches by a witch doctor. In the second event, a family believed to bring ill fate, excommunicated and threatened after they cook meat. Talking about the nuances of the incidents, the film tries to explore the politics of witch hunting – how superstitions, greed, ignorance, fear, insecurity, power in combination can result in immense suffering. The movie has been screened at various film festivals including the International Film Festival South Asia Toronto.

Paying a tribute to Late film-maker Govindan Aravindan, his movie Kanchana Seeta (Golden Seeta) was screened in the retrospective series. The 1977 Malayalam drama retells a few episodes from The Ramayana- the Punishment of the low-caste Sambuka, the banishment of Seeta and Rama’s Ashwamedha Yagya. The movie is inspired from C.N. Sreekantan Nair’s play and Valmiki’s Epic. The title of the film alludes to the golden image of Seeta, which Rama sets by his side for the ritual sacrifice.

The festival’s primary focus being the North East, ‘The Head Hunter’ directed by Nilanjana Datta shows the story of an old tribal man from the forgotten tribe of Wancho in Arunachal Pradesh. The story depicts the forbidden practice of head hunting. When the government decides to develop the Old man’s forest, he resists. A young official, who belongs to the same tribe as the Old man and also speaks his language, befriends him and tricks him to spend a few days in the city. When the old man finally comes back, everything has changed forever. The movie has been screened at the Indian National Film Award (2016) and at the Canada International Film Festival.

The day winded off with the screening of Ottaal (The Trap),s a Malyalam drama directed by Jayaraj Rajasekharan Nair. The movie is an adaptation of one of Anton Chekhov’s timeless works, Vanka. The story is about an orphaned boy who goes to live with his grandfather, but his new life takes an unexpected turn when his grandfather’s health begins to fail. Ottaal is a beautiful depiction for cinephiles as it invokes a fulfilling experience. The movie has also been screened at the popular International Film Festival of Kerala.

Movies scheduled to be screened on Friday include ‘Thithi’ a (Kannada) directed by Raam Reddy, ‘Village Rockstars’ (Assamese) by Rima Das, ‘Thampu’ (Malyalam)  by G. Aravindan, ‘Chauthi Koot’ (Punjabi) by Gurvinder Singh and ‘Munroe Island’ (Malyalam) by Manu. At the Zona various youth movies will be screened including Masaan (Hindi) and an interactive session with Manju Borah will also take place on ‘North East Cinema: Then & Now’ which will be moderated by Swastik Choudhury. A panel discussion will also be held at the main auditorium on the ‘Role of literature in cinema’ at 5pm. The speakers are famous Ollywood actress Anu Chaudhary, acclaimed film maker Pranab Das and Manju Borah. The session will be moderated by Bijaya Biswal.