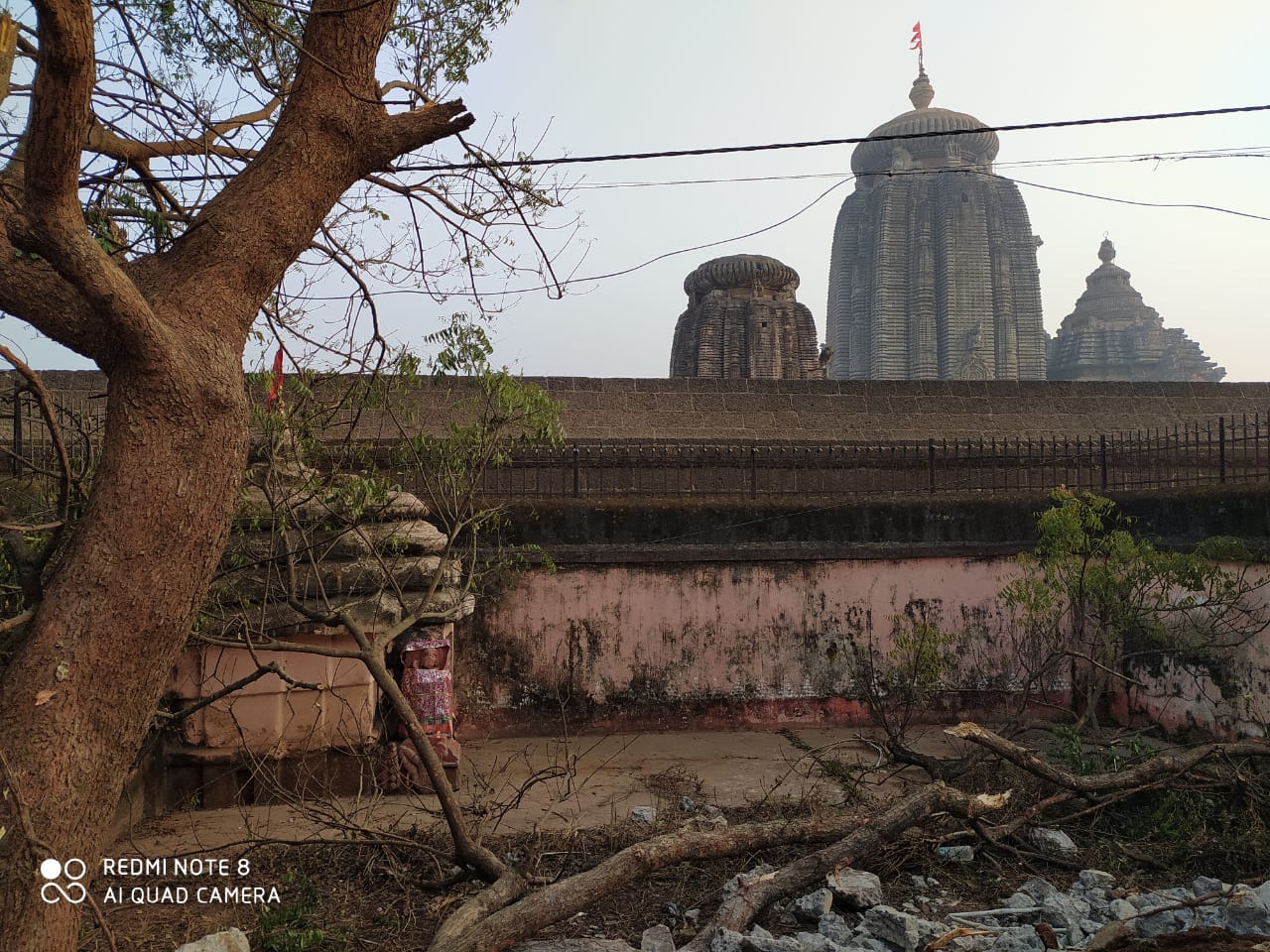 The  excavators and JCB’s have stopped  short  before many temples that surround the Lingaraj complex.  While extensive damage has been done to the many heritage structures of the Old Town, the administration   has not demolished a single temple, big or small, till now.

However, the iconic Ganesh temple called as the Budha Ganesh (Old Ganesh), on the northern side of Lingaraj complex is slated for demolition due to the road expansion. This small temple dates to the 11th Century CE, contemporary to the Lingaraj temple. It was originally one of the subsidiary temples and was inside the complex before the wall was built in later years.  It has been listed as a protected monument years ago and is one of the smallest Ganesh temples of the Old City.

Presently inside the premises of the B.M.High School, the small temple is seven feet in height and is a five tiered Pidha Deula of the Kalingan order. The B.M. High School is among the oldest schools of Bhubaneswar which was established in 1940. The small temple is inside the School complex since the last eighty years. The three feet black chlorite idol of Lord Ganesh has been worshipped by the students of the school for years. There is a miniature Navagraha panel which is intact along with a small kirtimukha near the entrance. An ancient idol of Hanuman too sits outside the temple. The rays of  rising sun  fall straight inside the garbha griha of the temple.

The administration has dug up the area near the temple and has made a small pedestal inside the verandah of the school for   installing the idol. A few rooms of the school too have been demolished. After the idol is removed, the entire temple along with the Navagraha panel will be razed to the ground. This will happen in the next few days.

Speaking at the inauguration of the Bay of Bengal Initiative for Multi-Sectoral Technical and Economic Co-operation Disaster Management exercise yesterday, the Chief Minister had said “ Heritage sites not  only represent our cultural identity, but are also a driving force for our economy. They must be preserved for future generation at any cost.”

It is surprising that the temple, which was preserved years ago and included inside the School complex, will now be demolished. It can be left alone, standing in the middle of the corridor without causing any hindrance. According to Anil Dhir of INTACH, the Archeological Survey of India should put a stop to such activity.  The entire modernization exercise being undertaken should be stopped and proper heritage evaluation made.  The ASI is a silent spectator to the wanton destruction of valuable heritage. While much has  already been lost, the  government has plans to raze down many more heritage  structures.

A.B.Tripathy, State Convener of INTACH, is of the opinion that if the removal of the temple is imminent, then it should be handed over to a proper agency and relocated to another place, instead of being demolished.  He further said that the administration should have a consulting team of historians and archaeologists for the haphazard  modernisation and development  plans that are being undertaken.

The Other Emar Mutt : Now that its destroyed in Puri, read more about Emar mutt of Sakhigopal