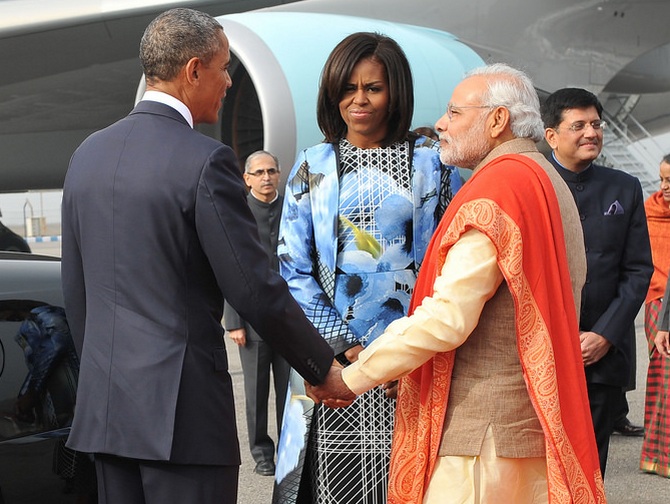 Fashion designer Bibhu Mohapatra is getting a special nine-yard sari made for Michelle Obama by Odisha weavers. The New York-based Mohapatra, who caters to Hollywood actors and other celebrities, tells Sharmistha Ghosal of The Telegraph on a visit to his hometown Rourkela that he’d like to make outfits for Prime Minister Narendra Modi — and that he plans on opening brick-and-mortar shops in India next year

Michelle Obama is one lucky woman. Fashion designer Bibhu Mohapatra is getting a special nine-yard sari made for her by Odisha weavers. The pure silk Ikkat sari has an onion pink base and a cream border. Filigreed threaded work in white and silver embellish the border and the pallu.

It’s his gift for the American first lady. And one can understand why. After all, it was Michelle who turned the arc lights on the Indian-American designer in his home country when she arrived in India wearing a blue and grey patterned dress designed by the New Yorker during the Obamas’ India visit in January this year.