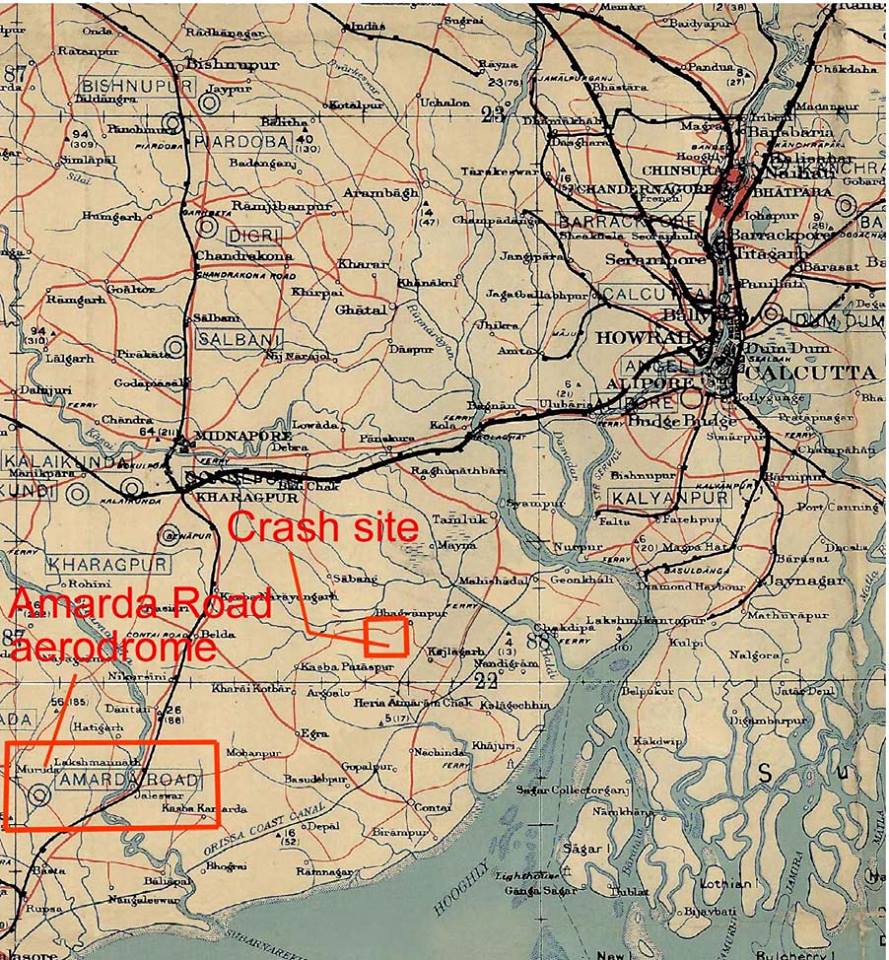 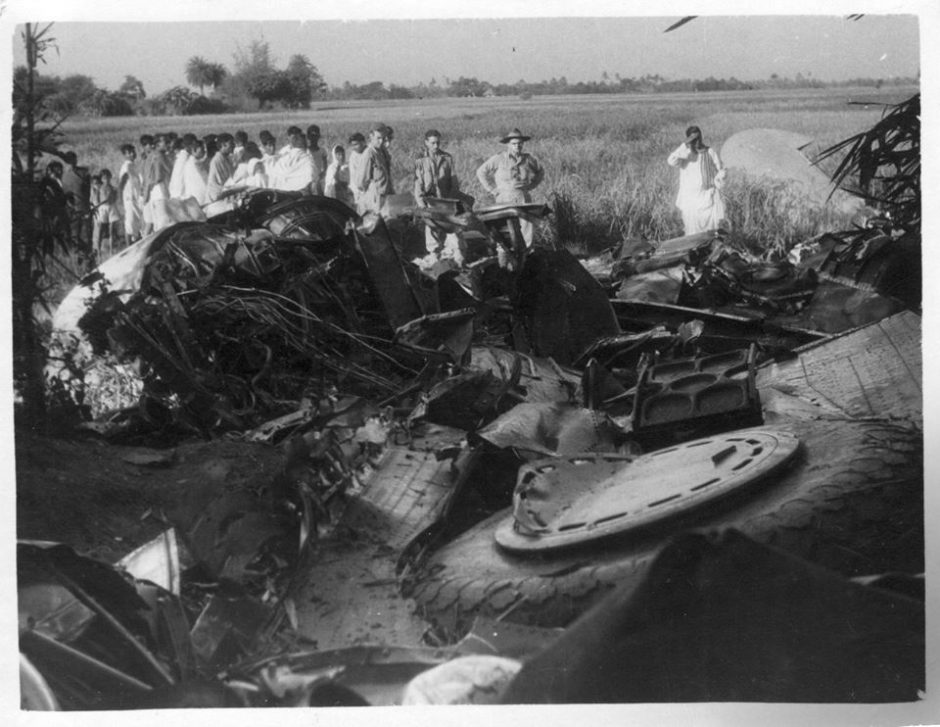 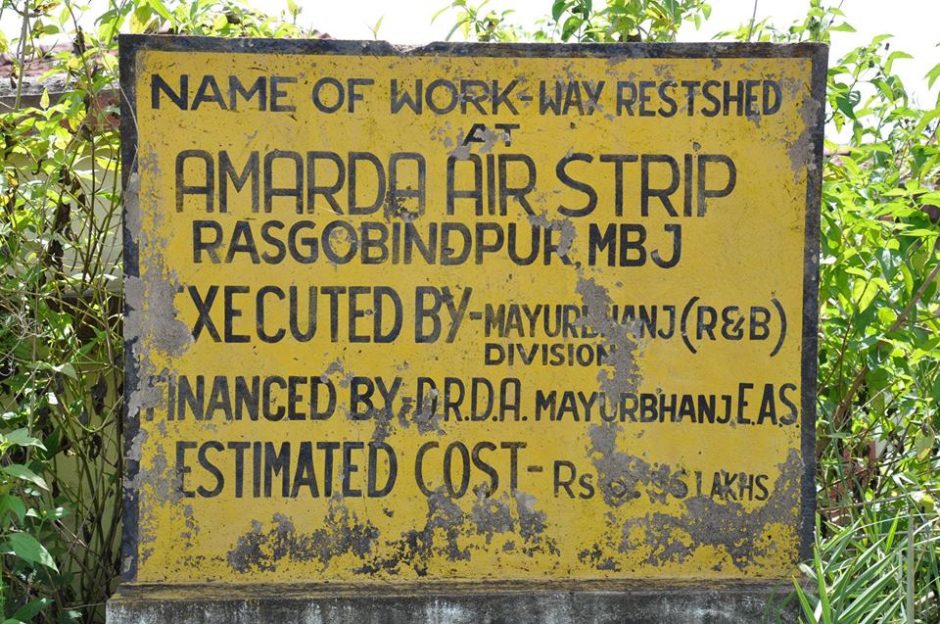 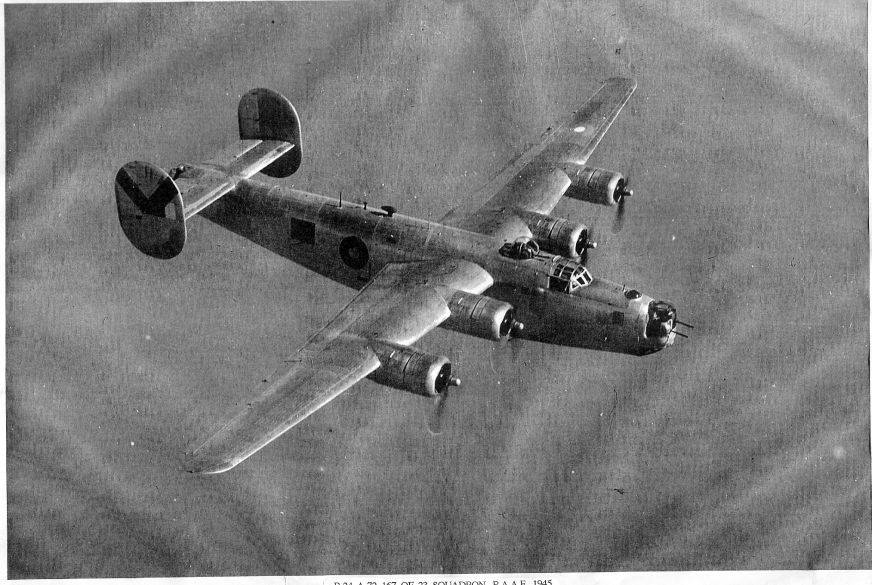 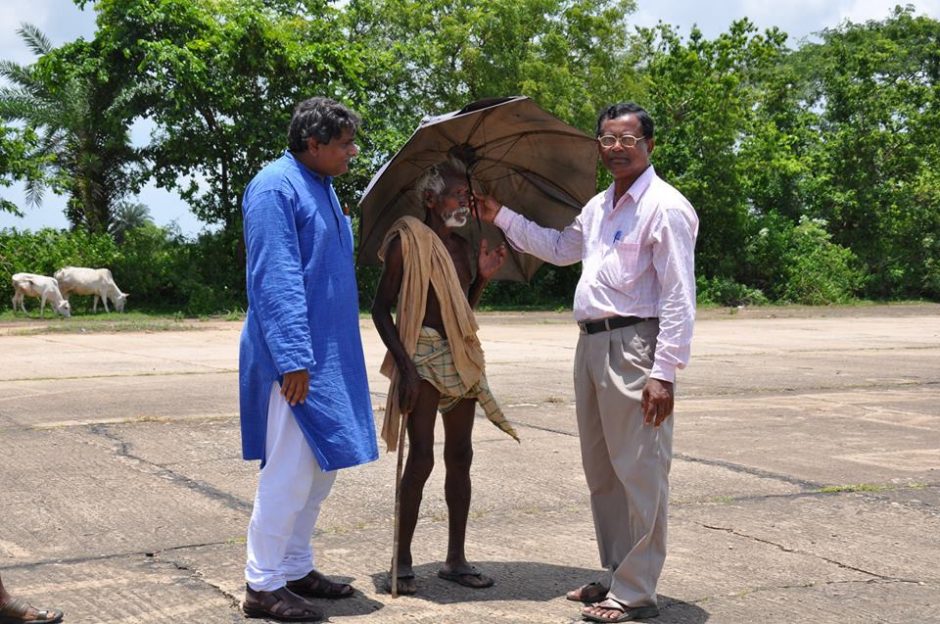 Another trainer aircraft has crashed in the area. The last crash in 2015 too was of the Hawk fighter trainer from the Kalaikunda Air Base, the crash was once again in Odisha’s Bermuda Triangle.

According to researcher Anil Dhir, the triangle from Piarboda near Bankura to Chakulia in Jharkhand and Amarda Road Airfield in Odisha has seen nearly fifteen crashes since the airfields were set up in the last years of the World War II.

The earliest recorded crash was on the 4th May 1944, when an American Liberator had collided with a Harvard de Havilland plane and crashed in flames at the Amarda Road airfield killing four crewmen. This spot is just 100 kms from today’s crash site. On the night of 7th May 1944, another Liberator had taken off from Digri on a special mission and had crashed 20 minutes after takeoff killing 10 crewmen. Digri to is 90 kms from the present crash spot. Another De Havilland fighter had crashed after takeoff from the Amarda Road Station on the 13th May, 1944, but the crew was saved.

On the 28th October 1944, a Liberator had taken off on a night sortie and crashed near Salboni, approximately 90 kms from the present crash, killing eight of the crew. The biggest crash was on the 26th of July 1945 when two British Royal Air Force B-24 Liberator four-engine bombers, EW225 and EW247, had collided at low altitude. The aircrafts were based at the Amarda Road airfield and were part of a six-plane contingent from the Air Fighting Training Unit engaged in a formation flying exercise. Fourteen airmen – the crews of the two aircraft – died due to the severity of the collision and resulting crashes which happened an altitude of less than 2000 feet. The debris fell into paddy fields swollen from the monsoon rains. The exact spot is now in West Bengal, just 70 kms from yesterday’s crash site. There are at least another half a dozen more crashes from these airfields in which the planes crashed in the Bay of Bengal and were never found.

In the last two years of World War II, the allied forces had anticipated the Japanese onslaught from the North-East and a string of airfields were made in the region. These included the airfields at Jharsuguda, Amarda Road, Charbatia, Hijli, Dudhkundi, Digri, Salua, Chakulia, Kalaikunda and Bishnupur Amarda Road was the biggest.

Hundreds of aircraft which took part in the Burma operations were managed from here. The Burma operations and the China Hump operations had the highest causalities; the Hump route was termed as the graveyard of aircraft. One in six pilots who operated this route lost his life. In all 594 aircraft were lost, missing, or written off and 1,659 crewmen killed or went missing. In fact crash wrecks are still being discovered in the hills of Arunachal Pradesh and Meghalaya. Most of the airfields are now disused and forgotten.

Dhir says that one can attribute the crashes to the reason that training crafts are stationed in the vicinity, but on scrutiny he has found that other training centres of the Indian Air Force have much higher flying sorties with lesser crashes. He says that most of these crashes in this area occurred in  good weather conditions. Actually there is no single theory that can explain all disappearances. The airplanes that crashed have been victims to different circumstances and situations while flying over this triangle area. Half of the crashes remain unexplained, hence speculations are raised.