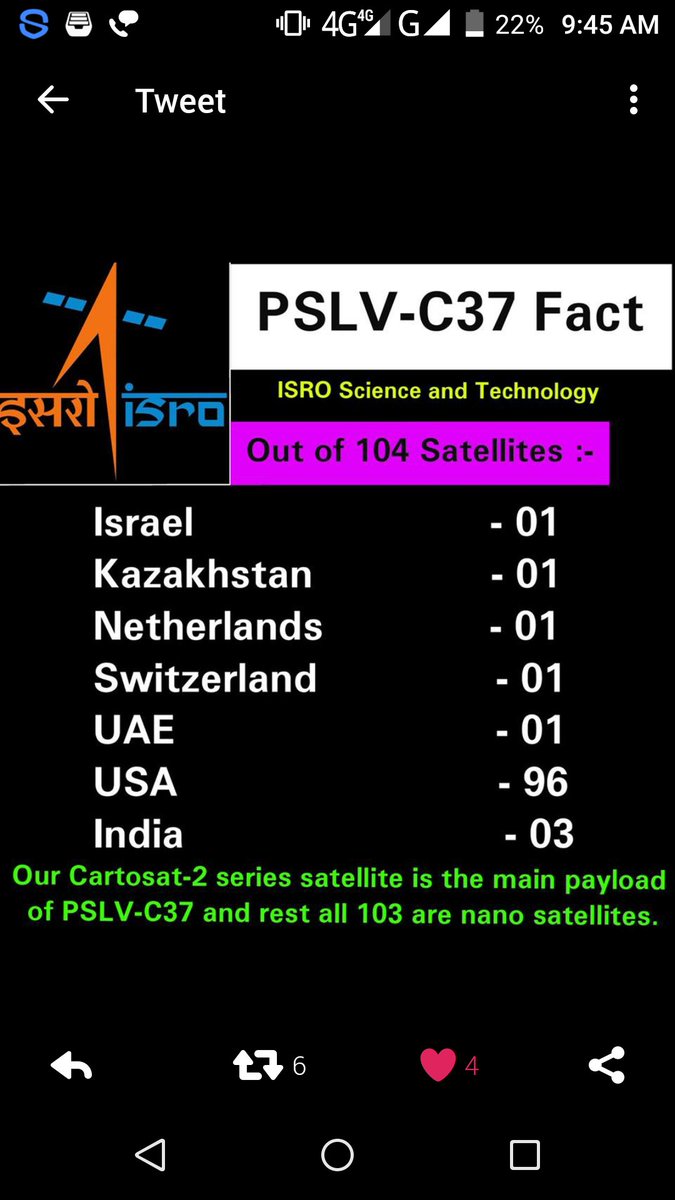 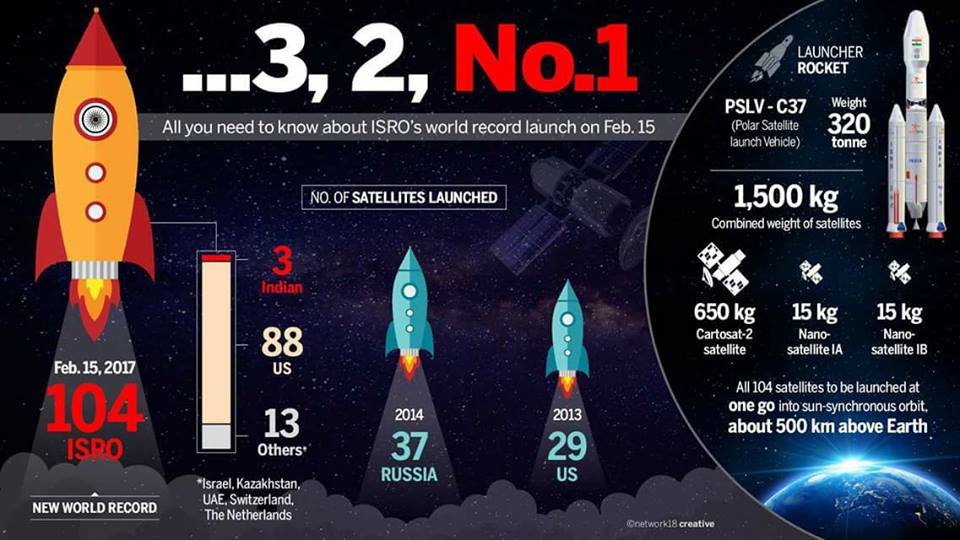 A four-stage Polar Satellite Launch Vehicle blasted off from India’s southern spaceport with 104 satellites on board. Indian Space Research Organization has established a new satellite delivery record for a single mission—and by a long shot.

The current record for Russia, is 37 satellites into orbit during a single mission back in 2014. The NASA record is 29, which it accomplished in 2013, and the previous Indian record was 20 satellites in one go, which it set last year. With its 104-satellite launch, India’s space agency ISRO made a statement as it continues to weave its way into the international space scene.