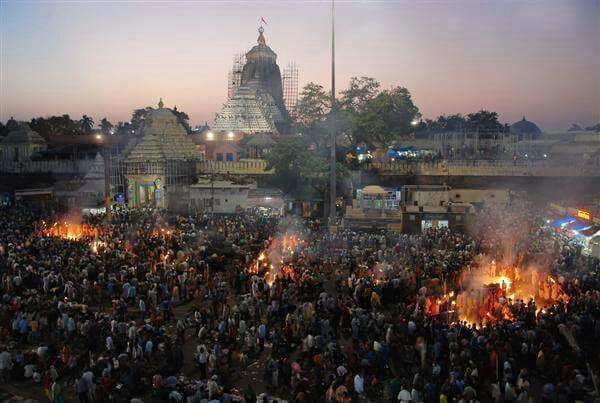 Diwali, also known as Deepavali—literally the “festival of lights”—is the most important festival in Hinduism. While the festival preparations and rituals typically extend over a five-day period, the main festival night of Diwali coincides with new moon night of the Hindu lunar month Kartika, which falls between mid-October and mid-November in the Gregorian calendar. The  celebration traditionally includes lighting lamps, candles and lanterns on doorsteps, housetops, temples and buildings. Bursting of firecrackers is also an inherent part of the festivities.

Deepawali since its origin, can be traced back to ancient times signifying the beginning of the sowing season as well as the approach of winter. There are also other reasoning’s by different people justifying its celebrations.

The religious significance of Diwali varies widely in regional mythology. In the northern part of India, the festival is celebrated to honor the return of Lord Rama, his wife Sita and his brother Lakshmana from exile of 14 years after Rama defeated Ravana. In the southern states of the country, the festival is celebrated as the day that Lord Krishna defeated the demon Narakasura, while in the western region Diwali marks the day that Lord Vishnu, the Preserver sent the demon King Bali to rule the netherworld. In some regions of India, the festival is associated with the legend of Yama and Nachiketa. In the west and certain northern parts of India, the festival of Diwali also marks the start of a new Hindu year. While primarily associated with Hinduism, Diwali also has historical significance for certain other religious communities. It marks an important event in Sikhism—the day the sixth Sikh Guru Har Gobind freed himself and some Hindu Rajahs from the prison of the Mughal emperor, Jahangir. In Jainism, it marks the nirvana or spiritual awakening of Lord Mahavira in 527 B.C. At the hands of the Mughals—and is celebrated with the annual lighting up of Golden Temple at Amritsar, fireworks and other festivities. The last of the Tirthankars, attained nirvana on this day at Pavapuriin 527 BC, on Kartik Krishna Amavasya.Therefore, Jains celebrate Diwali as a day of remembering Mahavira and offer Nirvan Ladoo after praying to the lord. Some Buddhists, notably the Newar people in Nepal, remember Ashoka’s conversion to Buddhism following the Kalinga War and celebrate Diwali by chanting mantras.  Some legends also state that the demon was killed by Kali. In some regions of India, the day is also known as Kali Chaudas and is allotted to the worship of Mahakali or Shakti. In Goa, effigies of Narakasura are burnt while in Tamil Nadu some people observe “nombu” and do Lakshmi Puja on this day. Incarnation of Goddess Lakshmi, Lord Krishna Destroyed Demon Narakasur, The Return of The Pandavas, Coronation of King Vikramaditya, Govardhan Puja History, Many celebrate Diwali in remembrance of the return of Rama and Sita after 14 years of exile, while others celebrate it as the return of Pandavas after 12 years of vanvas and a year of agyantavas.

What is in history?

In a seventh century Sanskrit play, King Harsha mentions Deepapratipadutsava, when lamps are lit. In the ninth century Kayvamimamsa, Rajasekhara referred to Deepavali as Dipamalika, which sees the tradition of homes being cleaned and streets and markets being decorated with lights in the night.The Persian traveller and historian Al biruni, in his 11th century memoir on India, wrote Deepavali being celebrated by Hindus on New Moon day of the month of Kartika.
The famous historian of moghal era abul fazal depicts diwali in chapters ‘banik’, ‘alok jwalant’, and ‘akhyakrida’ of ain-e-akbari. The mughal emporer having lamps from long bamboo post with earthen light pot hanging with it to celebrate dipabali as envisaged in Al biruni. The equipment is preserved now in baroda meuseum. Dipabali bears the characteristic of a great festival during chanakya and the rule of choulakya dynasty as reveled from the drama  ‘nagananda’ by the king Harsabarddhan in 7th century. 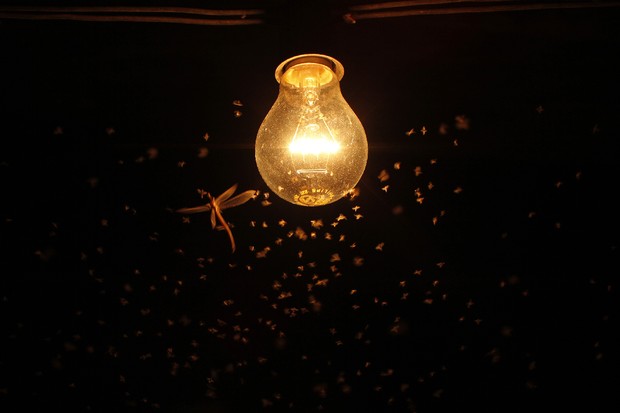 Deepabali and Agricultural rituals for insect control in odisha:

Rice culture of has a rich source of folklore regarding indigenous practice. Most practices that offer potential fall in the categories of chemical, cultural, mechanical and physical control of insects control. Cultural control employ the anthropological definition of culture as pattern of behaviour handed between generations. Agricultural myth, fertility myths and fertility rituals are mentioned by kalidas in his literature. Modern scientists may not believe in these rituals. But agriculturals had some relation with crop production in the fields. The timing of religious ceremonies in the night(bhajan, kirttan, reading of old scripts, pothi), to coincide with possible peak of insect population(in the month of shravan), has some effect. The people come from various direction to the temple and go back; carry fire torches (Mashal). These flames destroy large numbers of insects. Blowing a conch (shell) which emmits a sharp note like that of a trumpet at the time when paddy bug sucks paddy at milk stage, appears to be effective in controlling these pests.

Kems a ritual in srilanka meant to attract and foster birds, the main biological agent in traditional agriculture. Offering to local deities in the evenings,  before commencement of cultivation, consisted of a standard mixture of roasted pulse, food, flowers and many lighted oil lamps. The lamps attracts insects. The food and pulse attracted birds and reduces the insects population before the cultivation.

Impressed with the many insects pests attracted to light, farmers long ago used fire and established grids of light traps as a community wise measure. Bonfires were lit to attract rice bugs and moths which then died then in the flames. Light traps are said to control army borers, armyworms, leaf hoppers, seed bugs, mole crickets, leaffolders, gallmidges, planthoppers, root weevils, caseworms and caterpillars.

Because of final season of cultivation, the population of insects are increased. The number is increased so much towards Kartika Amabasya that it seems to hamper normal life. Including amabasya 4-5 days  Mashal, Dihuri, Deepa and Lantern are used to invite insects and kill them.

Apart from mythology,coincidence, religious beliefs, if we pursue the scientific reason, we will get a conclusion that the festival is a agricultural origin of insects control. Observance was parrallel with rice cultivation in ancient kalinga. Researchers says Neem and light (Mashal, Dihuri) traps are most used techniques used by odia farmers in past. Farmers use light (light traps) to arrest nocturnal flying insects. Insect light trap is one of the very effective tools of insect pest management in organic agriculture. American researchers have agreed that this biologic control is best ever indigenous practice. So during 5 days of kartik near new moon days, when insects population grows, the insects are  in target with fire of largely available  kaunria sticks (which is largely available during autumn) and diyas. 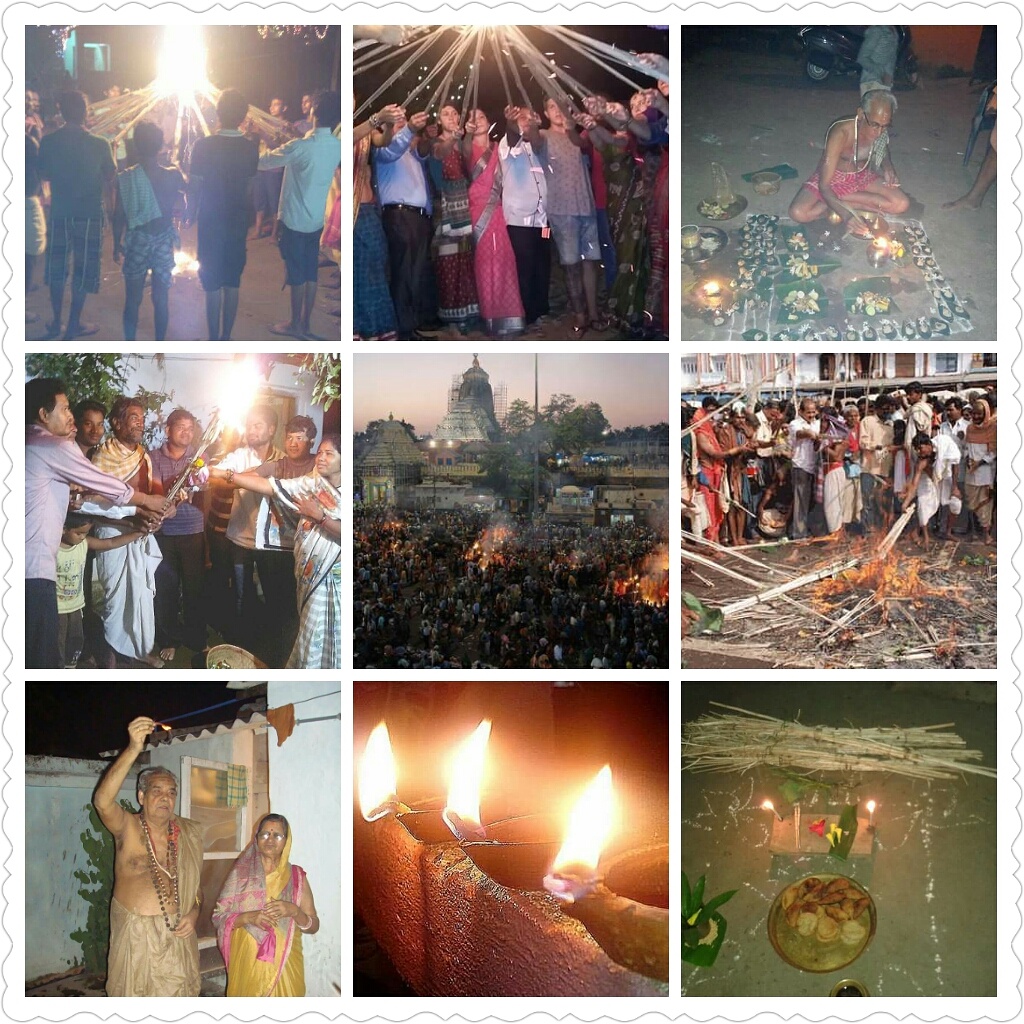 Diwali celebration in odisha has transformed  and mixed up with religious beliefs:

Since the festivities start at the end of cropping season, and a good harvest means prosperity and happiness, Diwali came to be celebrated as a harvest festival celebrating the arrival of wealth and blessings. In many rural areas where agriculture is the primary occupation, people celebrate Diwali as the harvest festival. diyas or tiny lamps, kaunria sticks and mashals are lightened on every house holds of odisha on  Amavasya or the new moon night of Dipabali. From the onset of the autumn, people start gearing up to celebrate the festival. People clean and furnish their houses and decorate them with colourful rangolis and bright diyas.

In Odisha, the day starts with drawing Rangolis in front of the house. The Rangoli is drawn in the shape of sailboat on the ground in front of their house and is filled with items like cotton, salt, mustard, asparagus root, turmeric and a wild creeper. However, in the central chamber, bhog is placed and over which a diya of a jute stem with cloth wick is lit. This marks the beginning of Puja. Tarpanam – the ritual meant to invoke the spirits of the ancestors. Immediately after the dusk, all members of household gather for lighting Kaunria (pith of the jute plant). A lighted lamp is placed inside an earthen pot that is tied to a pole erected in front of the house . All the members then hold a bunch of jute stick in their hands and lit them from the fire from main Diya i.e. the Diya kept over Prasad and raise the bunch towards the sky chanting the following verse.

And then in presence of every members of the house, a bundle of the Kaunria is lit during the Puja and raised skywards accompanied with the chant:

Meaning “O’ forefathers come in the dark of the evening, we light your way to the heaven”. The significance of the ritual is that we show respect to our ancestors who reinforce their absence from the physical world by our presence.
Brahmins celebrate in a different way. They hold only balitha (rolled collon) or with deepa instead of kaunria sticks.

Prayer to the Deepa (Light):
|| Deepamjyoti Parabrahma
Deepamjyoti Janardhana
Deepome hara tu paapam
DeepaJyotir Namastute ||
I salute the Lord, the sustainer of the creation, in the form of this light. I salute
this light (the Lord), may He destroy afflictions resulting from my omissions and
commissions. This light is equal to God, makes all our wishes come true. The light that removes darkness from our lives and enhances our wisdom and knowledge, We salute to such light.

Undoubtedly diwali is the biggest festival in India, Diwali is also celebrated with much ardor in countries like Malaysia, Fiji, Guyana, Myanmar,Nepal, Singapore, Sri Lanka, Suriname and Trinidad and Tobago among others. The day has declared as a holiday in some countries. More than just a Hindu festival, Diwali is considered a celebration of South-Asian identity in the West and is celebrated across the USA in a proud manner by the South-Asian diaspora.Now a days the festival has became a celebration of light, sound, life and happiness.