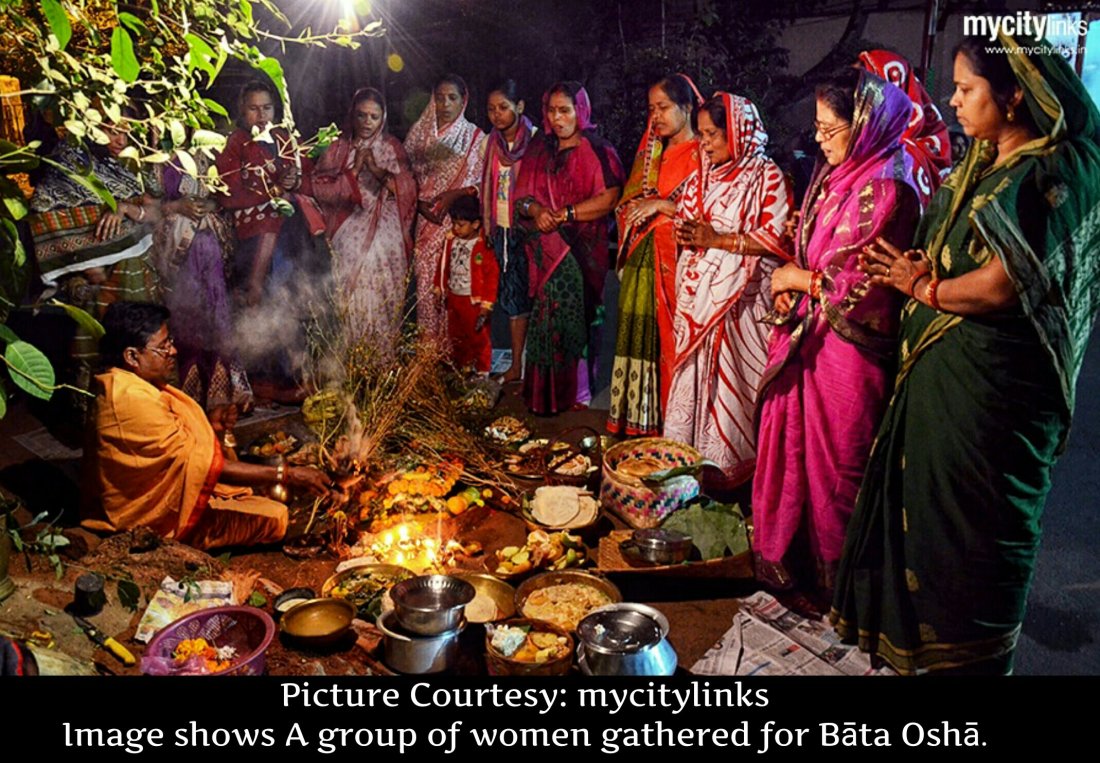 Bāta Oshā is celebrated in Odisha on the month of Pousha (in between December-January, according to English calendar). It is also known as Danda Pahanra Osha or Yama Osha.
God Yama is the presiding deity in this festival. It is held on the second lunar day of the dark fortnight of pousha in honour of Yama. It is popularly celebrated at Odisha.
This festival is all about worshipping Yama himself, the jolly pot-bellied God in black. On this puja, the ritual fasting is only observed by the mothers. Womens wear the new clothes and do the puja and worship Yama at the junction of three or four roads by praying for the well-being of their husbands and children whenever they travel. Since the worship takes place on the road which means Bāta in Odia language, so the name of this festival is Bāta Oshā. Also a plant named ‘Bajra Muli’ worshipped near pooja’s place. And this plant is used as broom stick when the women sweeping the road.
Woman who don’t have children, she performs a special ritual by spreading her lappet near cow’s tied place (ଗାଈ ଖୁଣ୍ଟ) and took seat there. Then other women (who have children and had taken part on this pooja) starts sweeping to the road by Bajra-Muli plant from pooja’s place to reach the woman. After they reach at cowshed, they give their nates (those dishes which they offered to Yam during the pooja i.e. like Budha-Chakuli) to that woman and that’s in her apron.
And the belief is that, By eating those nates and believing that Yam gave his blessings by the prasad to her, Her life will be filled with children very soon.