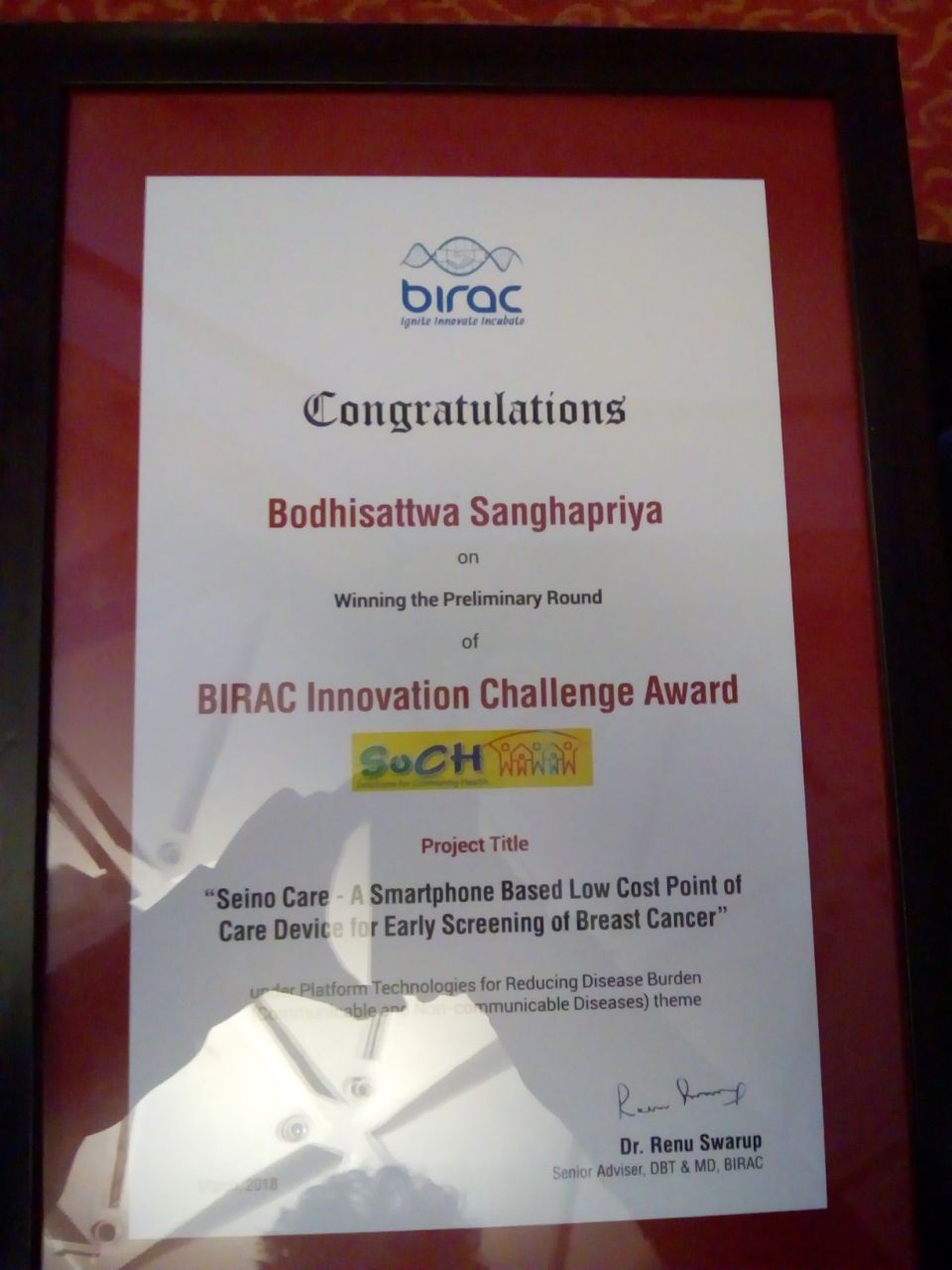 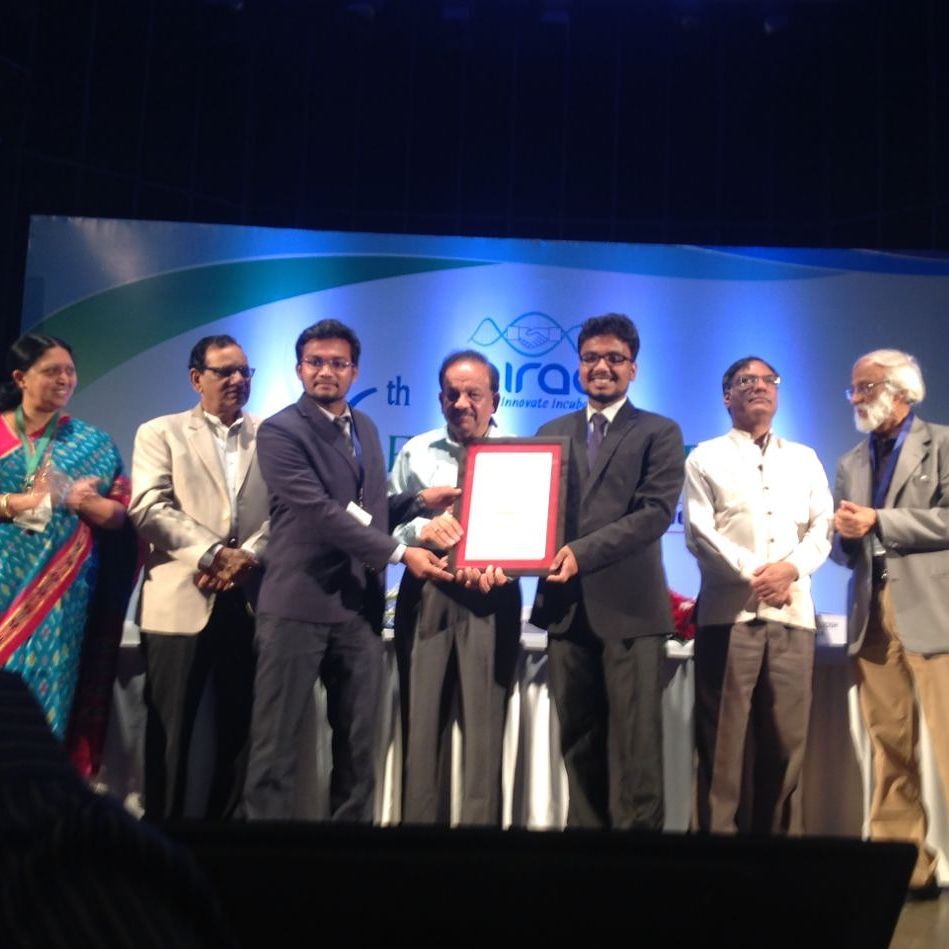 Bodhisattwa Sanghapriya of Odisha was chosen as the winner for this prestigious award for BIRAC National Innovation Challenge, for astounding innovation of the “Low Cost Breast Cancer Early Screening Device”.

Bodhisattwa and his colleague Om Prakash has been awarded at New Delhi, on 20th March 2018 by the honourable Union Cabinet  Minister of Govt of India  of  Department of Science and Technology, Minister of Environment, Forest and Climate Change and Minister of Earth Sciences, Mr Harsh Vardhan at an award ceremony at Indian Habitat Centre

For the first time in the history of  Odisha a student has won such a prestigious national award by beating Researchers , Scientists , Industry experts of various reputed companies and institutes .

BIRAC   Innovation Challenge Award is a national competition by Government of India, aims at propelling the innovators towards combating the challenges of the community health sector. It is designed to offer financial support to technology innovators and entrepreneurs who have been working in this direction in which a promising technology award can be converted into a handy technology.

The Department of Biotechnology organised this competition 7 months back. They received thousands of applications from all over India, from professors, scientists and students. After several rounds of competitions, this team was declared as the winning team, adding a feather to their cap.

The team will receive a grant of 15 lakhs to take this project to a product stage by the start-up company of Bodhisattwa, ‘Invent Grid’. This affordable breast cancer device is a phone-based device and can detect cancer at a very early stage.

This application is specially developed for the masses of rural India where health care is inaccessible and unaffordable, where people also lack awareness about the disease. Every 1 out of 7 women has a potential to develop breast cancer. Getting inspired to do something about this, Bodhisattwa researched on breast cancer and came up with this pathbreaking innovation. This device could save thousands of lives.

The team is planning to launch this product in next 6 month to address a global challenge like breast cancer. Though the team members are from engineering background still they are working on healthcare technology to bring low-cost medical devices for economically poor people.