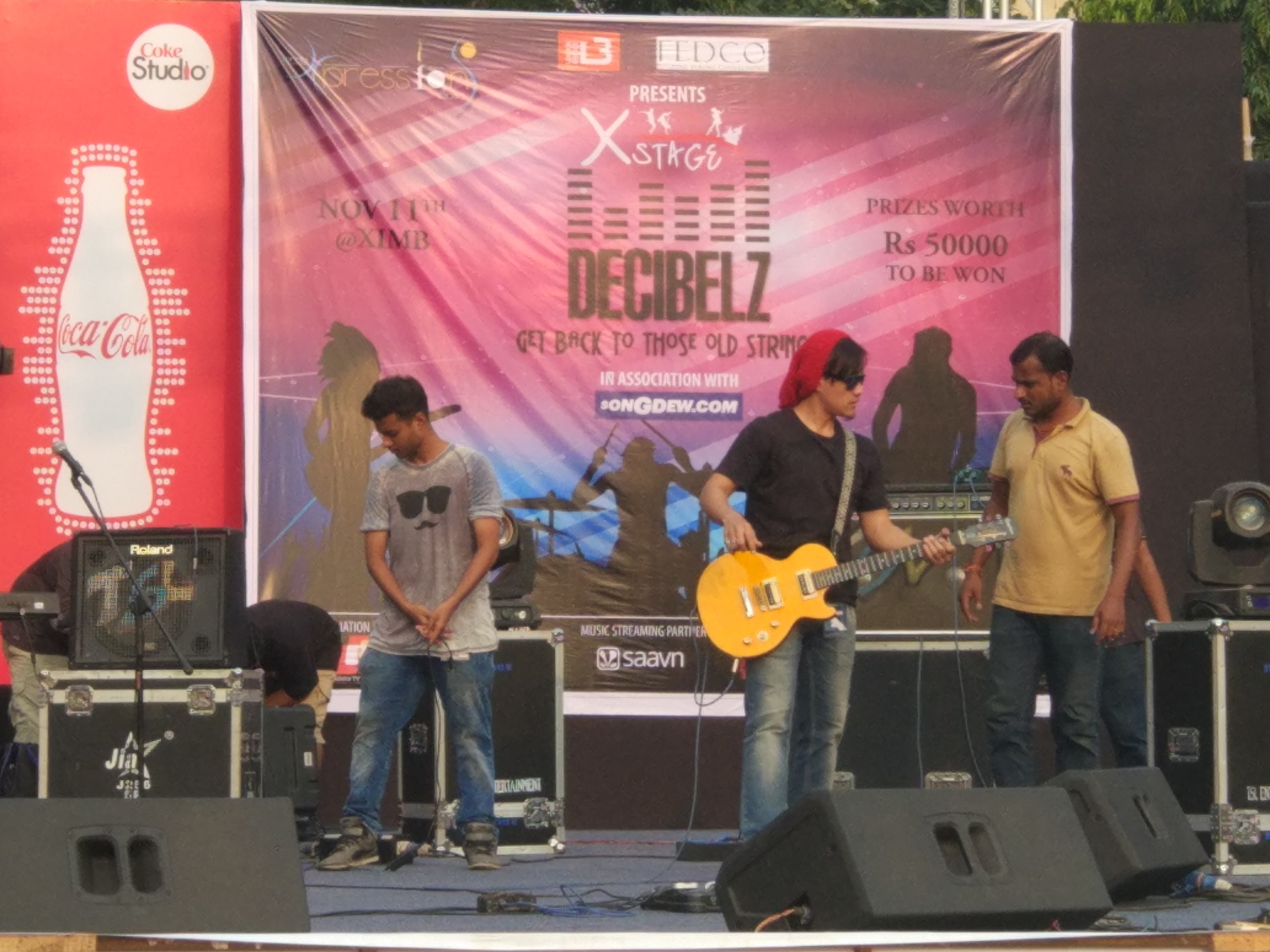 The evening at XIMB central ground beaconed the start of the musical ride that Xpressions is widely known for. Decibelz, the musical war of bands at Xpressions opened with a thundering applause by music lovers from all walks of life who flocked the stage. Decibelz is a trademark band hunt competition of Xpressions that has always depicted the varied range of generic Indian music with influences of western classics and rock and roll.

This year it was no different. ‘Know your majesty’ , an old school death metal piece played by Kolkata based band Tomb of Lucifer also found head banging admirers in the crowd. Hidden identity and East Element were some of the other notable bands that played an amazing array of their original tracks. Legacy Shall Fall, a heavy metal band from Bhubaneswar also stole the show with some stellar guitar playing and perfect percussions.Declibelz’16, an exhibition of promising new talent of the Indian music fraternity was judged by Srinivasan Iyer- Emcee, Poet, Rapper(EPR) of the Underground Authority” Band. ‘Burnout syndrome’, ‘Skullture’ and Legacy Shall Fall’ bagged the top honours in order.