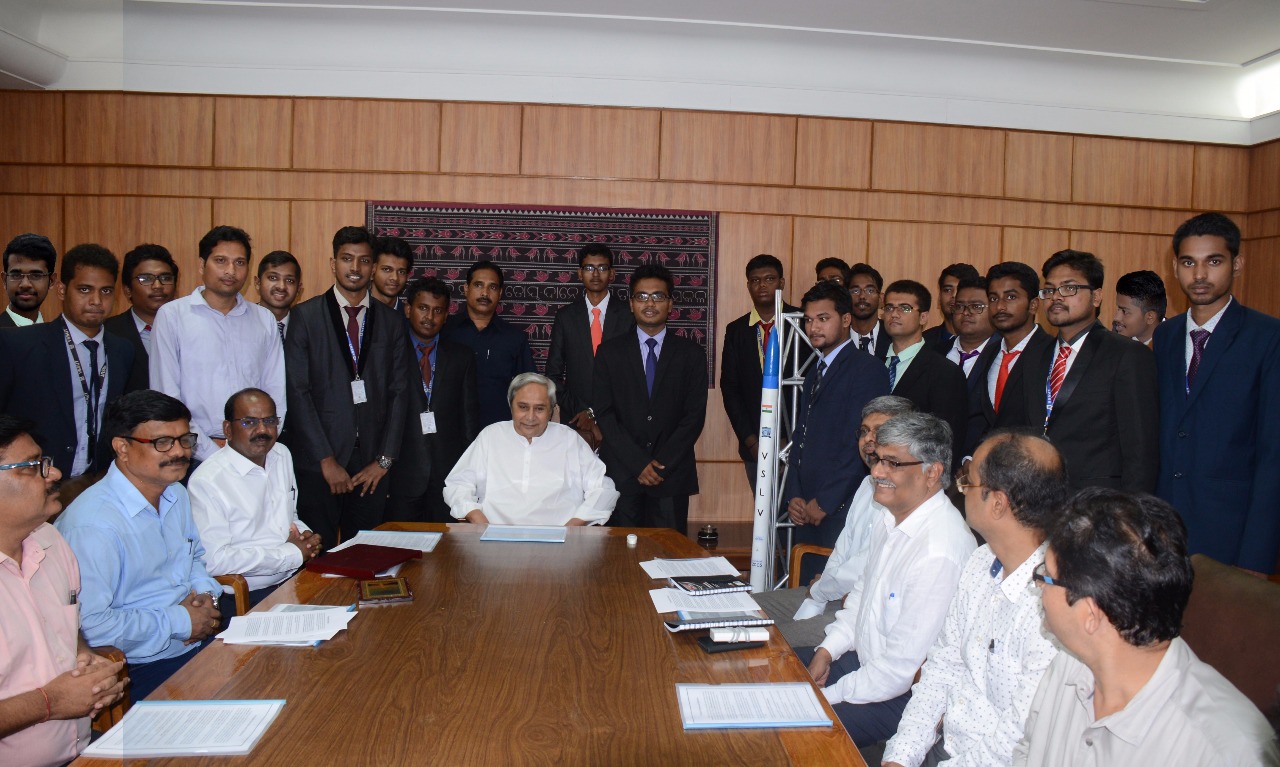 To commemorate the extraordinary achievement of the young intellects of VSSUT, Burla, in winning the Champion trophy and the Best Innovation Award of the Asia’s first Intercollege Rocket Competition, Hon’ble Chief Minister of the state, Shri. Naveen Patnaik felicitated the team of 20 students of VSSUT, in a grand felicitation ceremony held at the Odisha Secretariat at Bhubaneswar on 7th October 2017.

The perpetual collaborative effort of a 20 membered team of the Idea Club of Veer Surendra Sai University of Technology, Burla; resulted in a huge success entitling to the Champion of the Asia’s 1st Inter college Rocket Competition. The two-day event was organized by the Space Development Nexus and BRICS (Brazil, Russia, India, China, South Africa)  on 26th and 27th of August,2017 at New Delhi adored by the Chief guest and the honorable judge ,Dr A.M. Varprasad, Director, CIGS ISRO, the former eminent Scientist of DRDO.

The VSSUT team launched their 3000ft Rocket VSLV 1.0 on the second day of the event and concluded with the Champion trophy and the Best Innovation Award of the Asia’s first Intercollege Rocket Competition.

The complete project is divided into 10 missions, with first mission being successful launch of VSLV into 1km apogee. And subsequently launching of VSLV to 2,4,8 and 10km. After implementation of successful remodeling in the future editions, the team aims to launch the final mission of 40km launch for monitoring of Hirakud Dam and Reservoir. Hence utility of the rocket is diverse and multifaceted. It can be put to use for different purposes in different missions.

The CM awarded the team for their brilliance along with a prolonged assurance of support in future projects. The team is looking ahead for another great success at Russia in the World Festival of Youth at Moscow. The CM wishes all good fortune for the team’s further attempts and success.