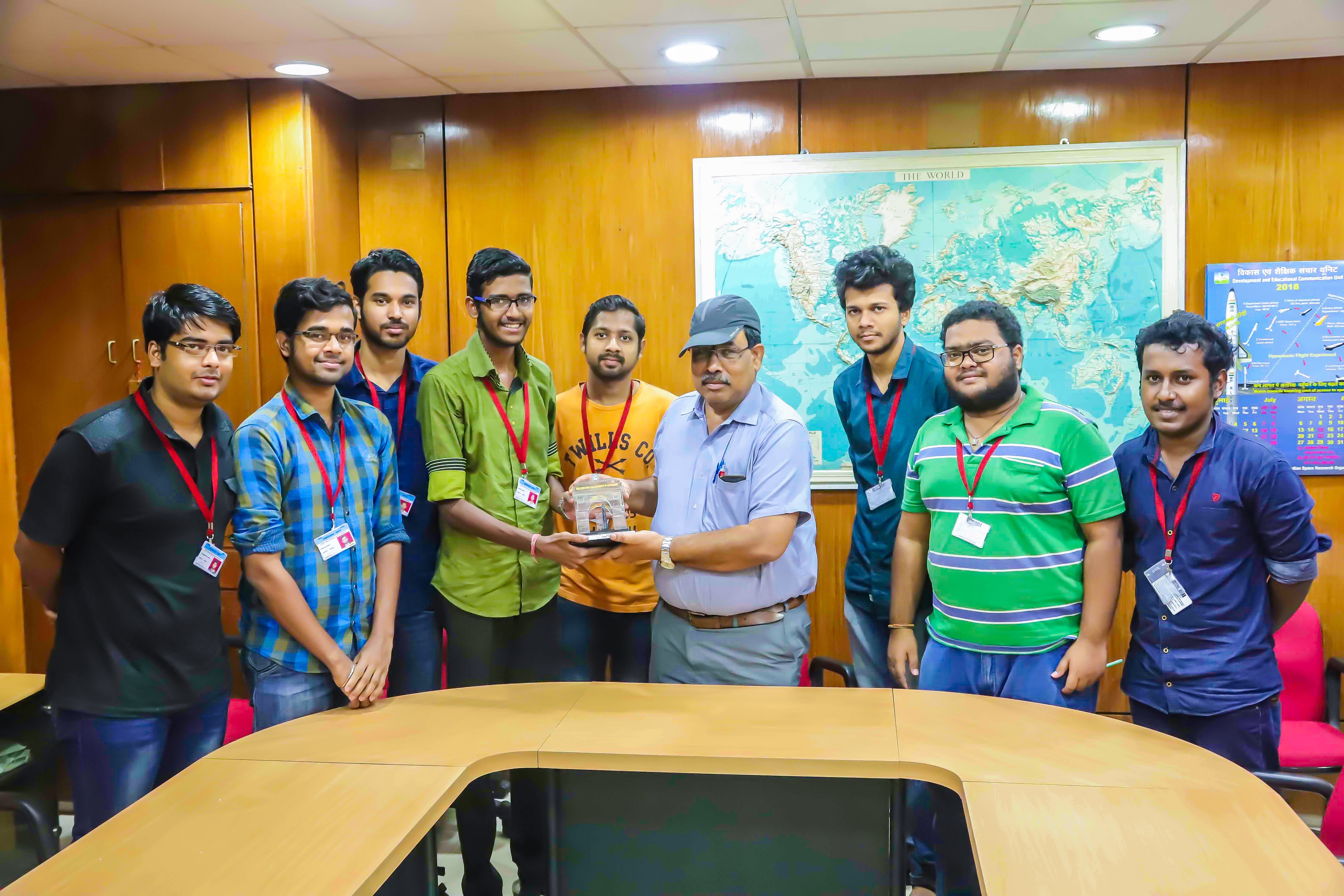 This incredible internship offer was a result of the magnanimous efforts the team put into the development and progress in their project, the VSLV which has been staged and has won numerous accolades at various national and international platforms. The project gained recognition and hence the diligence of the team members was rewarded with this splendid opportunity of undergoing training at ISRO, a rare feat that remains for almost every undergraduate student in India.

ISRO is a front runner when it comes to space technology and exposure to such progressive technical environment will prove to be a guiding light for the students. Besides being a golden opportunity for space enthusiasts it is also a hands on experience, research & development, and the work environment in the advanced labs of an organization of this grandeur. The same team had previously completed their summer training at Reliance Power VIPL, Nagpur for the session 2017 under the Aegis of Er. Ashesh Padhy, Sr. VP & Director, Reliance Power.

The team was highly appreciated for their work ethics, and their sheer hard work by Mr. Tapan Misra the incumbent director of ISRO Ahmedabad, who is an Odia native, from Rayagada. He was also astonished about the students team building their own Rockets and Launch Vehicles at VSSUT itself. The team discussed with him for collaboration in future ISRO & VSSUT, presented them a memento as a token of gratitude.

The team VSLV expressed their immense gratitude to Mr. J Ravi Sankar, Head(HRD), ISRO, Ahmedabad, for providing such a wonderful opportunity. The technocrats thank the Vice Chancellor of the University, Prof. Atal Chaudhari, their pillar of support, the Dean Students’ Welfare Dr. Debadutta Mishra, and the Prof. Prasant Nanda, Head of Training and Placement Cell, VSSUT, Burla. The team also thanked the members of VASI (VSSUT ALUMNI FOR SKILL AND INNOVATION) for their constant support and mentorship.