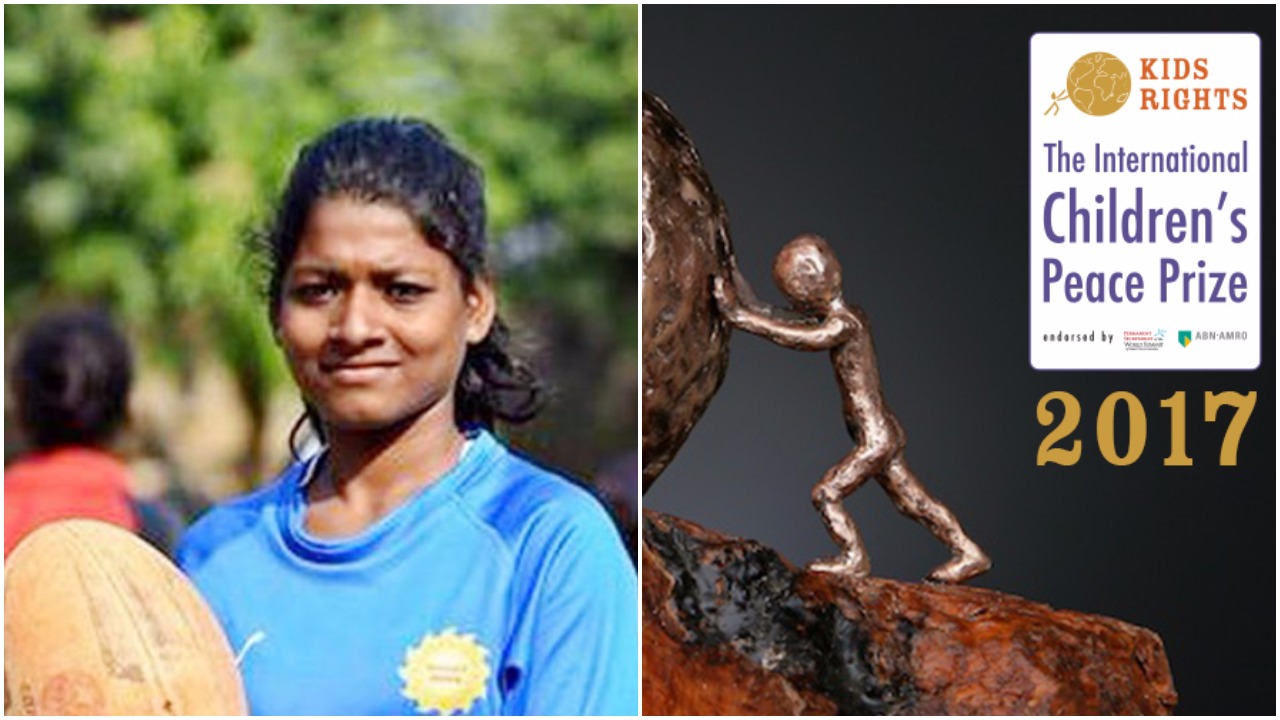 Hailing from the Jajpur district in Odisha, Sumitra Nayak (17 year old) is one of the 10 Indian kids nominated for International Children’s Peace Prize 2017. Sumitra is currently the skipper of the Under-18 India women’s rugby team. With an early childhood tormented by poverty, Sumitra came to the Bhubaneswar when she was only four years old. She was enrolled in Kalinga Institute of Social Sciences (KISS) in 2008, a place where her fascination towards a ‘strange game’ called rugby began.

‘It was love at first sight with rugby for her. Though she loved physical sports, she couldn’t play any games in the village, because girls were not given that freedom. Even if she showed interest, the villagers would comment that sport is not for girls. Fortunately for Sumitra, she had the backing of her mother, who asked her to break the notions of the society and follow her heart,’ says her institute.

She started rugby practice in 2009, and under the guidance of her coach Rudrakesh Jena in 2012, she played her first State match. Two years later, she participated in the U-13 Women’s Rugby World Cup, followed by the National Championship and the National School Games. She helped her team clinch bronze medal in the Asian Girls Rugby Sevens (U-18) held in Dubai last year.

Her success story has inspired many children of her age at KISS to join up. ‘My vision of this world is where every child grows up to be a change-maker continuously aims to solve problems around them and gets to build empathy as a skill. This will change the world!,’ she says.